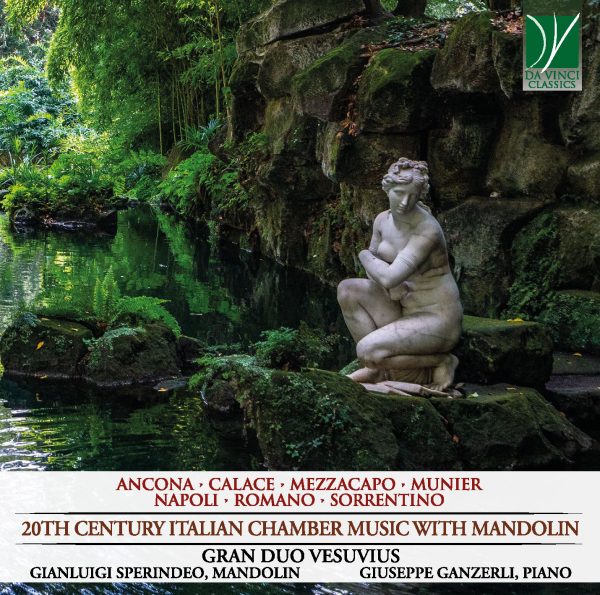 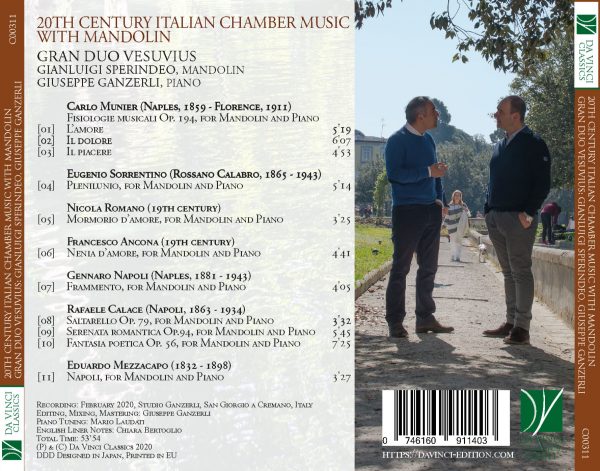 Gianluigi Sperindeo: At the age of 9, he received his early training in guitar and began to study privately.
When he was fourteen he continued his studies at Conservatorio San Pietro a Majella in Naples with Vincenzo di Benedetto and Stefano Cardi.
During these years, he started to feel a very strong passion for the mandolin thanks to Ugo Orlandi and that led him to a new journey at the Conservatorio Pollini in Padova where he obtained his degree with honours.
Sperindeo won different competitions and the scholarship “I giovani dell’arte”.
He has been the chief conductor of Orchestra Giovanile Napoletana and he taught mandolin in Primary and Secondary Schools.
He cooperated with Teatro San Carlo in Naples, Maggio Musicale Fiorentino, and with the Orchestra Internazionale d’Italia during the ballet “Romeo and Juliet” by Prokofiev, the operas “Siberia by Giordano and “Otello” by Verdi.
His conducting and soloist activity brought him through Europe, China, Japan and the United States.
He performed at “Nanning Festival International Folk Songs Arts” in China, at “Viva Napoli” in Zurich and at the prestigious “Valletta International Baroque Festival” in Malta, proving the versatility of the mandolin in a vast classical repertory from 17th to 20th century as well as in the traditional folk Neapolitan songs.
Alongside his career as a mandolinist, Gianluigi continuesto teach guitar.

Giuseppe Ganzerli: Born in Naples (Italy), he started his study at avery young age and soon he discovered his natural talent for the piano.
He obtained his piano degree cum Laude and a special mention under the guidance of Antonio Traverso at Conservatorio San Pietro a Majella in Naples. A few years later, at the same conservatory, he gained his MA cum Laude in pianistic interpretation, chamber music, piano accompaniment, and répetiteur.
He has appeared in several music festivals and competitions and in all of them he has been acclaimed with unanimous approval winning the first prizes.
Ganzerli performed in several concerts in different prestigious venues such as “Napolinova” in Naples, Fondazione “W. Walton”, “Associazione Scarlatti”, Ravello Concert Society, “Il Tempietto” and Conservatorio S. Cecilia in Rome, Festival “Busoni”, Conservatorio “G. Martucci” and Teatro Verdi in Salerno, La Fenice in Venice, Teatro Manzoni e Teatro Nuovo in Milan.
He has honed his technique with a wide range of masterclasses including one with Aldo Ciccolini.
As a pianist and along with chamber ensembles, Ganzerli has toured around the world.
Organist for the vocal ensemble “Axia”, he performed sacred music in collaboration with Orchestra del Teatro San Carlo, “La Nuova Scarlatti“ and “I Solisti di Napoli”.
He is currently engaged in numerous concerts and his purpose is to transmit his passion for piano music and opera.