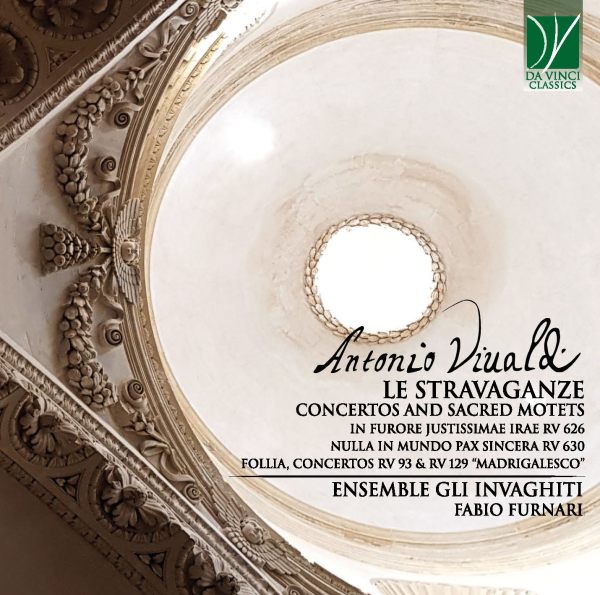 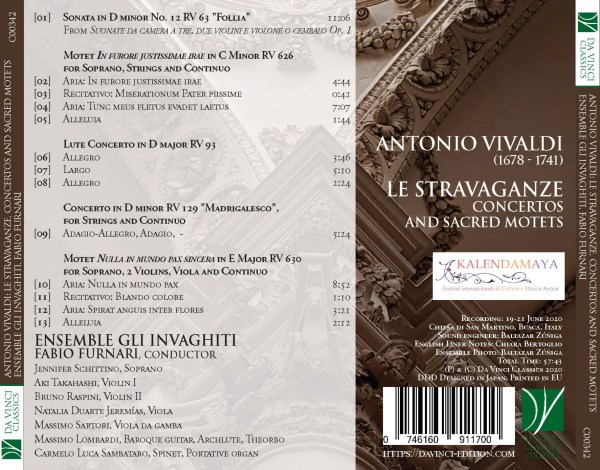 Ensemble Gli Invaghiti
Established in 2008 by will and under the direction of Fabio Furnari, together with the association bearing the same name, the vocal and instrumental Ensemble Gli Invaghiti promotes the spread of Early Music and historical reconstructions that involve the repertoires of the immense musical heritage of Europe and the Mediterranean Area. More than 40 programs and 200 concerts performed in Italy and abroad, under the direction of famous and deep connoisseurs of the various repertoires offered, with a view of great dynamism and philological approach. This is the choice that motivates Gli Invaghiti to rediscover ancient and unique pages, combining them with historical and historical-artistic reconstructions, to recover important episodes of history. The sound, the word and the context are brought to light, in order to give the possibility, to those who benefit from it, to perceive, through the music, the intimate dialogue in which all the elements that make up the Art dialogue with one another. The same name of Gli Invaghiti refers to the concept of philanthropic centre where man produces and emanates culture as it was originally conceived and forged in the Renaissance Mantua of the Gonzaga dukes. Byzantium, the Greek and Latin world, Italic and Flemish music, the Renaissance and the Baroque acquire a new listening perspective through the vision proposed by Gli Invaghiti. A line-up that can range from the small vocal and instrumental ensemble up to the maximum, consisting of soloists, chorus and baroque orchestra, able to take on even the most powerful pages in the history of music. A serious scientific and musical approachth the taste and knowledge of the humble workshop craftsman who, every day, works and perceives, through his skin and senvity, the energy of the material he is working.

Fabio Furnari: Tenor who specializes in early music performance practice under the guidance of Alan Curtis and Pedro Memelsdorff, studying in parallel classical guitar with Elena Casoli, singing with Ulrike Wurdack and Marco Farinella and Classics with an archaeological address at the University of Turin. He has participated in the most renowned World Concert Festivals. He has collaborated with Claudio Abbado, Jordi Savall, Sigiswald Kuijken and Cecilia Bartoli and made over 160 recordings with the most important record labels, obtaining the best acknowledgments of international critics. He was invited for the celebrations of Matera as "European Capital of Culture" for the 2019 Edition. For several years engaged in the enhancement and study of Piedmont history, from the Roman Age to the Baroque Era, he conducts specific studies on Roman and Byzantine history and on Mesopotamian archeology. He is founder of the Cultural Association "Gli Invaghiti", which, since 2008, deals with the recovery of the ancient artistic and musical heritage of Piedmont. He collaborates with the Superintendence for Architectural Heritage of Piedmont since 2009 and with the Piedmont Museum Complex since 2017. In addition to music production and historical-archaeological research, he also participated in the Venice Biennale (2008) as a leading actor, together with Toni Servillo, in the film "Un canto lontano" directed by Alberto Momo and the collaboration with the “Banda Osiris”.

Antonio Vivaldi: (b Venice, 4 March 1678; d Vienna, 27/8 July 1741). Italian composer. The most original and influential Italian composer of his generation, he laid the foundations for the mature Baroque concerto. His contributions to musical style, violin technique and the practice of orchestration were substantial, and he was a pioneer of orchestral programme music.
Share this: