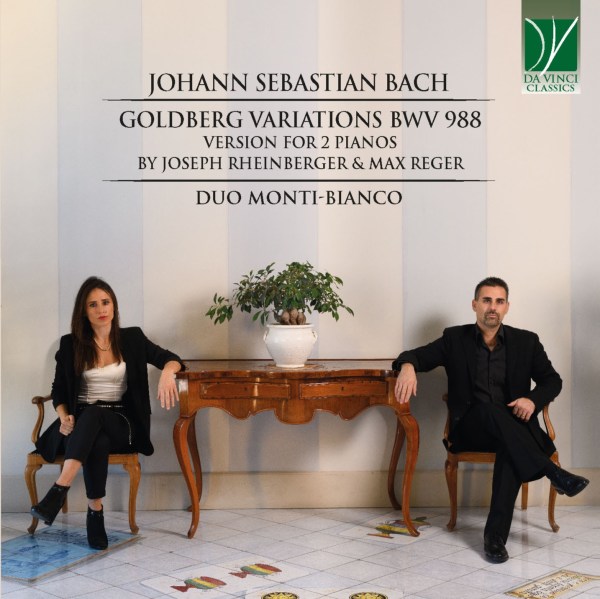 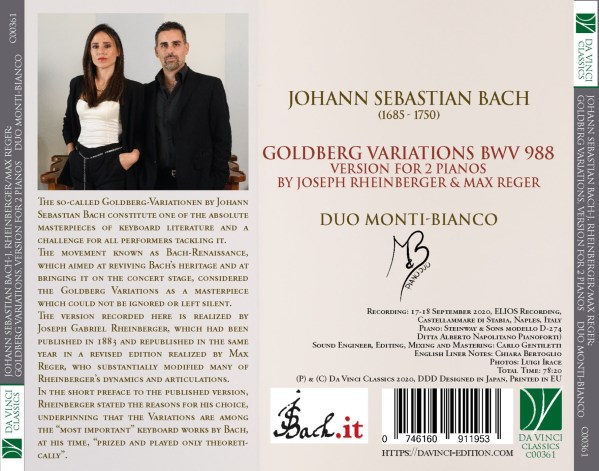 Duo Monti-Bianco: The Monti-Bianco Piano Duo (pianists Federica Monti and Fabio Bianco) was founded in 2007 when they both obtained their Master’s Diploma in Music at the Conservatory of Naples, “S. Pietro a Majella”, with top marks. Both musicians came from solo careers and from different chamber music experiences. However, they soon discovered that their musical talents could combine themselves in an extremely natural fashion. Immediately, the Monti-Bianco Piano Duo obtained consensus and positive reviews in concert seasons, festivals, as well as in national and international competitions. From the very beginning, they were mentored by the Professor of Chamber Music at the Neapolitan Conservatory, i.e. Valeria Lambiase. Later, they were admitted to the Accademia Musicale of Florence in the class of Maestro Pier Narciso Masi. Starting in 2007, they won many national and international contests, among which the Concorso “Città di Camerino”, the 13th “Città di Bacoli” contest, the 15th “Giulio Rospigliosi” competition of Lamporecchio, the 10th “Riviera Etrusca” competition in Piomino, the 19th International Piano Competition “Roma 2009” in the section for four-hand piano duet, the 21st International Piano Competition “Roma 2011” in the two-piano section, and the “Bradshaw & Buono International Piano Competition” of New York, in the section for four-hand piano duet. Their performances have always been characterized by their refined interpretation, by the elan, freshness, brilliancy and vigour of their approach to chamber music. These qualities derive not just from their musical experience, but also from their intimate and deep union. After obtaining a two-year Diploma of High Specialization with Maestro Masi, in June 2009 the Duo was admitted to the Hochschule für Musik und Theater of Munich, where they perfected their ensemble playing with prestigious mentors, such as the Tal-Groethuysen Piano Duo, obtaining their Meisterklassendiplom in Kammermusik/Klavierduo two years later.
Within a short time, the Duo widened its repertoire, which ranges from Bach to contemporary music and includes the most important works for four-hand and two-piano duet. From the very beginning, however, this Duo gave particular importance to the rediscovery of unjustly forgotten but important and fascinating works of the four-hand piano repertoire, among which works by Carl Reinecke, Joseph Rheinberger, Hermann Goetz and Max Reger.
Since its beginnings, the Duo was greeted by both audience and critics as an ensemble of musicians possessing a great communicative ability and who are gifted with an elegant and deep mutual understanding. In time, they have been appreciated for their brilliant and deep, passionate and intimate technique, whose sound quality is fascinating. In 2011 they were invited to play at the prestigious Klavier Festival organized yearly in Munich, and in which the greatest pianists worldwide are called to perform. A few months later, they debuted in the Scarlatti Hall of the “S. Pietro a Majella” Conservatory in Naples, performing the seldom-heard Concerto for four-hand piano duet and orchestra op. 153 by Carl Czerny.
In the following years, the two pianists have been constantly invited to play at important European musical festivals, including the Klavier Marathon Rogaska in Slovenia: here, in July 2012, they were invited to play (as the only Italian delegates) in the famous Krystal Hall where, in 1846, Franz Liszt gave a series of concerts. Their presence within the prestigious context of Villa Rufolo at the 62nd Edition of the Ravello Festival (2014) has also been important: they presented a project focusing entirely on Wagner and Strauss. In 2017 they debuted in China with a long concert tour where they performed in important concert halls in the cities of Shanghai, Changsha, Yueyang, Nanjing and Dongguan.
The Duo is constantly invited to participate in musical seasons and festival all over Italy and abroad (e.g. Grafelfing and Monchau, Germany; Lugano, Switzerland; Paris, France). Along with their concert activity, they are actively engaged as Artistic Directors of the important International Piano Competition “Ischia”