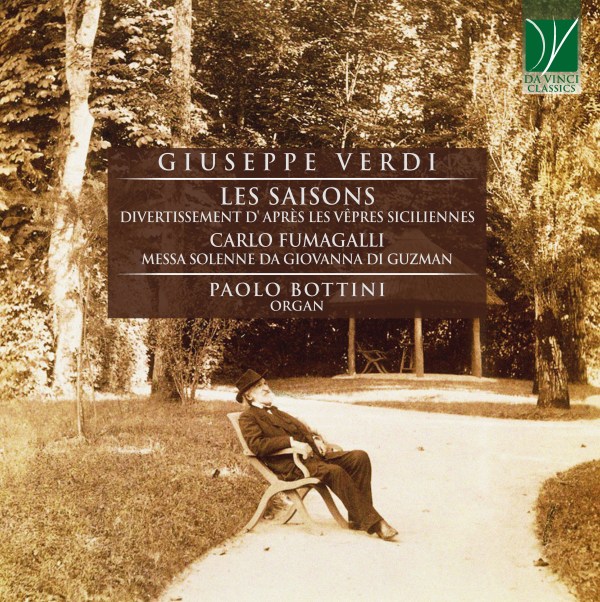 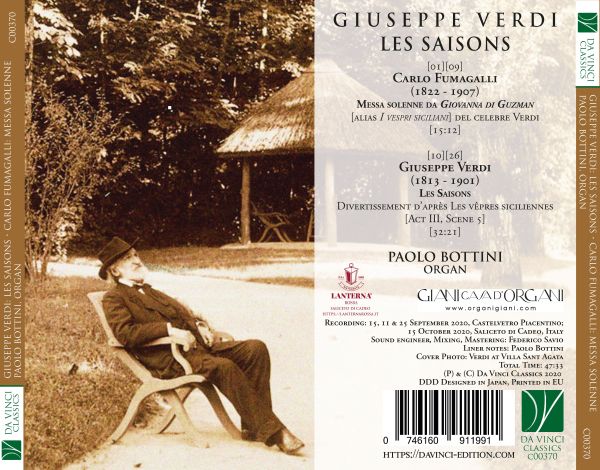 The Ball of the Four Seasons is performed in front of the Court of Palermo. A basket rises from the earth. It is made of green bushes of plants growing only in winter. Their leaves are covered in ice and snow. From the basket’s inside a young girl comes out, representing winter. Pushing away, with her foot, the brazier lighted by her companions, she dances to get warmer. Ice soon melts at the tepid breath of Zephyrs crossing the air. Winter disappears. Spring rises from a basket of flowers, soon giving way to Summer, a young girl rising from a basket surrounded by a handful of golden spikes. Heat oppresses her, who begs the Naiads for the freshness of their springs. The Swimmers are chased by a Faun who jumps out, preceding Autumn. The sounds of the sistrum and of the cymbals announce Satyrs and Bacchants, whose spirited dances close the Ball.

If one would like to have the impression of participating to a ballet, here are the indications punctuating the piano score in the Ricordi edition:

Paolo Bottini: Paolo Bottini was born in Cremona, motherland of famous composers such as Claudio Monteverdi, Tarquinio Merula and Amilcare Ponchielli. He graduated in organ, piano and harpsichord. Bottini’s most genuine vocation like an organist is to pay his service during catholic liturgical celebrations. Since 1986, he has been the official organist of the Lingiardi organ (1865) in Croce Santo Spirito (Castelvetro Piacentino). In 2012 and 2013, during a two-year stay in Paris, he obtained the qualification as a liturgic organist of the Paris diocese. Plus, he was the substitute organist (choir organ) at the Trinity church in Paris, where Olivier Messiaen was official organist. Since 2015, he has accompanied the Saturday evening liturgy celebrated in the basilica of Santa Maria di Campagna in Piacenza; here he plays the prestigious organ – a Serassi’s (1825) – which Padre Davide da Bergamo, the greatest organist of the Italian Risorgimento, conceived and regularly played. Starting from 1997, Bottini is an organ soloist as well. He is very appreciated for the great richness and variety of his sound palette and for the touch of novelty of his programs. His career boasts prestigious invitations, such as that to the International Festival of Magadino, in Suisse, and to the Organistic Auditions in Notre-Dame in Paris. Among the great number of cds recorded as an organ soloist, there are those devoted to Giuseppe Verdi, Amilcare Ponchielli, Vincenzo Petrali, Claude Debussy, Ferruccio Busoni, Gaetano Valeri and Giovanni Battista Pescetti. He was the secretary of the Italian Association of the Church Organists from 1998 to 2011. He is the author of the first monograph devoted to Federico Caudana (1878-1963), renown organist and maestro di cappella in the cathedral of Cremona (the study was published in 2009 on the “Bollettino Storico Cremonese”). He was also the curator of the catalogue of Caudana’s collected musical manuscripts kept in the Public Library of Cremona.