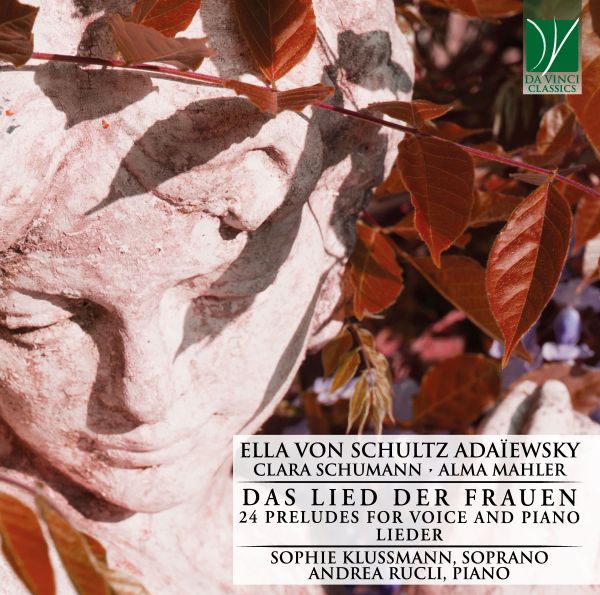 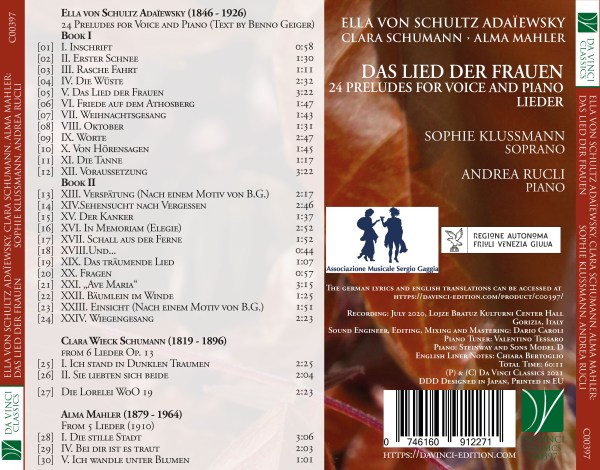 Andrea Rucli: He finished his classical studies and then he devoted his self to music; he got the music diploma on 1982 at the Academy of Music “L. Cherubini” in Firenze, with full marks and laud, under the guide of Alessandro Specchi. For many years, he perfected his self with Konstantin Bogino, becoming his assistant for a long time during courses in Italy and abroad. They have formed a good pianistic duo and they recorded a compact-disc with Antonin Dvorak’s Slavonic Dances.
He won first and second prizes in many music competitions – contests of Alberga, Como, Aversa and so on -, he has been playing piano for more than twentyfive years as solist and in a lot of chamber music ensembles. He is now exploring this repertory and he collaborates with many good music players such as Patrik Gallois, Radu Chisu, Gordon Hunt, Michel Lethiec, the Artis String Quartet, the Meta 4 String Quartet, the Tartini Quartet, the Slow Wind Quintet and the Montecarlo wind Quintet and with main musicians of Orchestra of Teatro alla Scala, Solisti Veneti and London Symphony Orchestra. A friendly and artistic relationship is still going on with the famous viola player and composer Vladimir Mendelssohn. He took part in many chamber music festivals, like Kuhmo in Finland (for 16 years), Portogruaro (for eight years), Settimana Musicale at the Teatro Olimpico in Vicenza, Cantiere di Montepulciano, Osnabruek Chamber Music Festival, Sounding Jerusalem and Chamber Music Festival of St.Peterburg.
As solist, Andrea Rucli played with the Orchestra of Slavonic RadioTelevision, the Orchestra of Dubrovnik Festival, the Philharmonic Orchestra of Udine and recently with the Wiener Musik - Verein orchestra, in the Brahms hall, directed by A. Nanut, I. Drasinic, L. Shambadal, F. Mertz, W. Themel, Lorenzo Viotti and E. Rojatti.
He recorded for Italian, Finnish, Austrian and Slavonic radio and television networks – also for the main Italian network RAI - . He recorded E. Chausson’s chamber music pieces with Cameristi di Verona, the first absolute of a Daniele Zanettovich’s Quartet, Schumann’s sonatas for violin, piano and Heifetz transcriptions and violin pieces of Antonio Freschi with Lucio Degani (Dynamic and Bongiovanni). He recovered in Italy and recorded the chamber music of Ella Schultz Adaiewsky, a russian fascinating artist of the outgoing 19th and beginning 20th century. He performed in 2010 and 2013 as part of the acclaimed “Quirinale Series” at the Italian President's Palace in Roma, live broadcasted in Euro Radio.

Sophie Klussmann: With a voice that is warm, wide-ranging and dark-hued, and commanding a repertoire that extends from the baroque to the present day, German-born soprano Sophie Klussmann is in demand as a concert singer, as a recitalist and on the opera stage. In recent seasons her engagements have included a world tour of Mozart concert arias with Martin Haselböck and the Wiener Akademie, and performances and recordings of 20th century music with the Berlin’s Scharoun Ensemble, the pianist Oliver Triendl and a variety of other partners. Over her career to date she has collaborated with such conductors as Vladimir Jurowski, Marek Janowski, Ingo Metzmacher, Helmuth Rilling, Marcus Bosch, Michael Gielen, Michael Sanderling, Karl Heinz Steffens and, in the field of historically informed performance, Marcus Creed, Václav Luks and Attilio Cremonesi. Trained in Detmold and Cologne, Sophie Klussmann numbers Thomas Quasthoff, Dunja Vejzovic, Margreet Honig and Klesie Kelly-Moog among her mentors. From 2009 to 2011 she was a member of the Halle Opera, where her roles included Pamina (Die Zauberflöte), Cherubino (Le nozze di Figaro), Nannetta (Falstaff), Dorinda (Orlando), Wellgunde (Das Rheingold), Woodbird (Siegfried), Shepherd Boy (Tannhäuser) and the soprano part in Carmina Burana. In Halle and at the Komische Oper Berlin she gave the world premieres of two operas by the composer Christian Jost. At the 2013 Baden-Baden Easter Festival, she covered Anna Netrebko in the role of Donna Anna, while 2016 brought her debut as Micaëla (Carmen) in Wuhan, China. Sophie Klussmann’s stage skills were honed by her long-term collaboration with American actor John Malkovich, who selected her for the theatre pieces The Giacomo Variations and The Infernal Comedy, which were staged in the US and around the world. In 2019 she debuted as Rosalinde (Fledermaus) at the opening production of the Festival Bad Hall Austria.
As a keen interpreter of song and chamber repertoire, Sophie Klussmann appears in recitals in Germany, at the Kuhmo Festival in Finland and the Musikus Fest Hong Kong. In 2015 her first solo CD, devoted to songs by Karl Weigl, was released on the Capriccio label. She also recorded pieces by Händel with the Akademie für alte Musik and Marcus Creed, released on the Harmonia Mundi label.
She has appeared with the Radio-Sinfonieorchester Berlin, Deutsches Sinfonieorchester Berlin, Konzerthausorchester Berlin, Potsdamer Kammerakademie, SWR Sinfonieorchester, Staatsphilharmonie Nürnberg, Staatsphilharmonie Rheinland-Pfalz, Düsseldorfer Symphoniker, Budapest Festival Orchestra and, in music by Ligeti and Stockhausen, with the Cologne-based Ensemble Musikfabrik. Her career has taken her to venues such as the Philharmonie and Konzerthaus in Berlin, Musikverein in Vienna, Théâtre du Châtelet in Paris, Tonhalle in Zurich, Muziekgebouw in Amsterdam, Liszt Academy and Palace of Arts in Budapest, New York City Center, Power Center for the Performing Arts in Ann Arbor, Teatro del Bicentenario in León, Mexico, and the Concert Hall of the National Grand Theatre Beijing and HongKong Concert Hall.

Clara Schumann (b Leipzig, 13 Sept 1819; d Frankfurt, 20 May 1896). German pianist, composer and teacher. One of the foremost European pianists of the 19th century and the wife and champion of the music of Robert Schumann, she was also a respected composer and influential teacher.