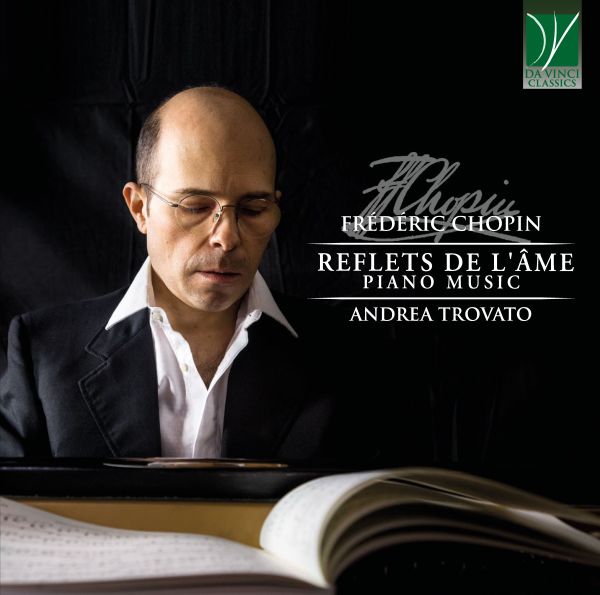 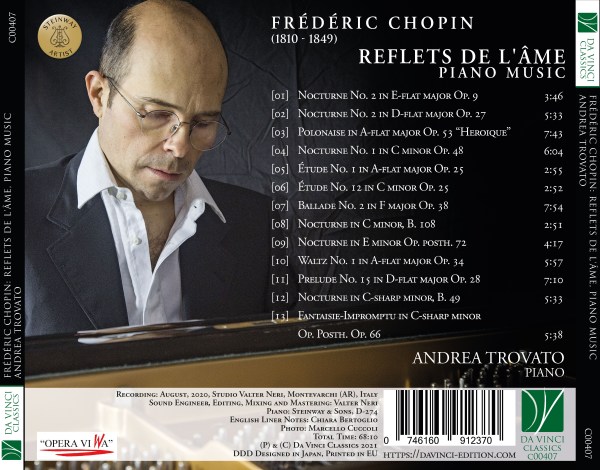 Andrea Trovato: Pianist and organist, is a bright professional, having wide expertise as a concert performer and teacher. Active both as a soloist and in chamber ensembles, he performs various genres, from early to contemporary music not excluding opera and symphonic works. He has teamed up with important centres such as the Maggio Musicale Fiorentino Theatre and the Trieste Opera Theatre.
In 1994 he graduated in Piano from the Florence Conservatory with full marks and honour thanks to the counsel of Lucia Passaglia; he then advanced in his studies at the Accademia Nazionale di Santa Cecilia in Rome, in the class of Sergio Perticaroli, obtaining, in 2001, the three-year Advanced Course diploma once more with flying colours. In 2000, he also graduated in Organ and Organ Composition from the Florence Conservatory and then earned, in 2007, a 2nd-level degree in Piano, it goes without saying summa cum laude.
Still very young, he won various first prizes at prestigious national and international competitions, as Rome’s T.I.M. (Torneo Internazionale di Musica), the “Città di Albenga” National Competition, the “G. Benassi” International Competition in Pavia, and the “Debussy Prize” at the Stresa International Competition.
He constantly performs both as a solo pianist and organist in Italy and abroad (in New York, Paris, Lausanne, Athens, Rhodes, Brussels, Antwerp, Chicago, Salzburg, Wien, Köln...) for prestigious concert societies, such as Università Bocconi, Società dei Concerti and Società Umanitaria of Milan, Barnard College of Columbia University, “Steinway Piano Series” of South Florida University, St. Patrick’s Cathedral “Kilgen Organ Series” in New York (U.S.A.), 32. Heidelberger Klavierwoche (Germany), “Die Goldene Stunde” in Wien (Austrian), Lausanne Cathedral Organ Series (Switzerland), Temps Fort Musique and Accueil Musical (France), OpusArtis, Fundación Andrés Segovia and Associació Pau Casals (Spain), Ljetni Festival Rovinj (Croatia), Polyphonia Atheneaum (Greece), and many others.
Since 2010, with the Contemporartensemble of Florence, he has performed at the “Concerts at the Quirinale Palace” (Rome), broadcast by Rai RadioTre, he has also been invited to the “Festival dei Due Mondi” in Spoleto and to the Maggio Musicale Fiorentino Festival.
His discography includes “Liszt all’Opera: Paraphrases and Transcriptions” for the label Dynamic, “Bellini & Chopin: Chamber Arias and Piano Works” for the label Tactus, the world premier recording of Pietro Mascagni's Cantata “Alla Gioja” for Solo, Chorus and Piano, published by the label Concerto Classics, the “George Gershwin: Complete Piano Works” for the label KNS Classical, the “Une flute enchantée”, original works for soprano, flute and piano (label Da Vinci Classics).
In 2014 he has been named as a Distinguished Steinway Artist by piano manufacturer Steinway & Sons (Germany).
For many years he has been a teacher in Italian conservatories, currently he is titular professor of Piano Performance at the State Conservatory of Music "F. Venezze" in Rovigo.

Frédéric Chopin: (b Żelazowa Wola, nr Warsaw, 1 March 1810; d Paris, 17 Oct 1849). Polish composer and pianist. He combined a gift for melody, an adventurous harmonic sense, an intuitive and inventive understanding of formal design and a brilliant piano technique in composing a major corpus of piano music. One of the leading 19th-century composers who began a career as a pianist, he abandoned concert life early; but his music represents the quintessence of the Romantic piano tradition and embodies more fully than any other composer’s the expressive and technical characteristics of the instrument.