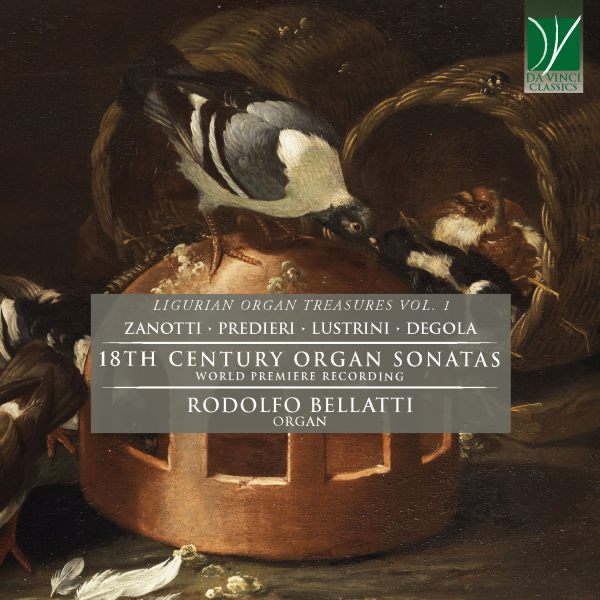 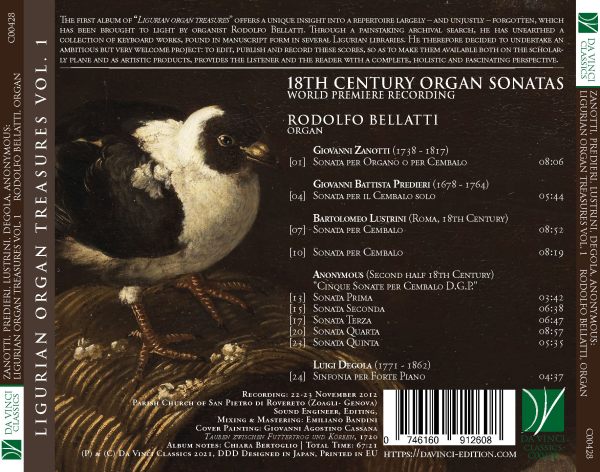 Rodolfo Bellatti: He is currently organist of the Basilica N.S. della Rosa in Santa Margherita Ligure (Genoa - Italy). He studied organ and harpsichord with Flavio Dellepiane and Barbara Petrucci at the Genoa Conservatoire. He went on to obtain his solo diploma in the master class of Guy Bovet at the Bâle Hochschule für Musik, and his Master in Organ Music with Roberto Antonello at the Vicenza Conservatoire. In national and international competitions he won eight prizes to date.In addition to his concert-giving activities, he is also a researcher in the areas of organ building and musicology. He made a number of recordings for radio and produced several CDs devoted to historical instruments.