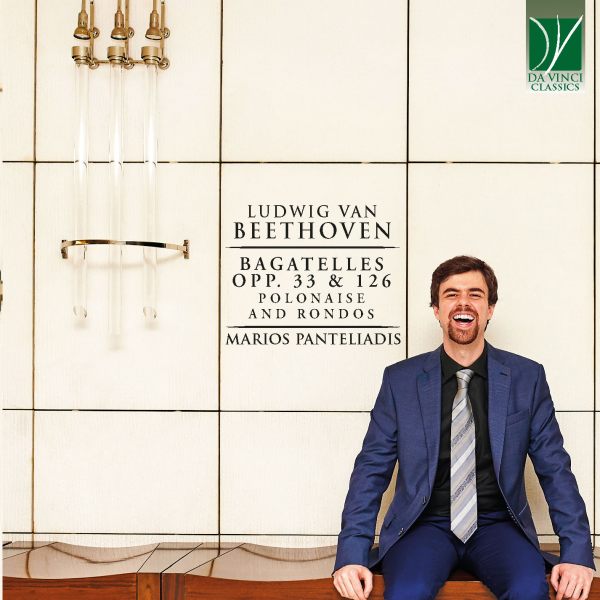 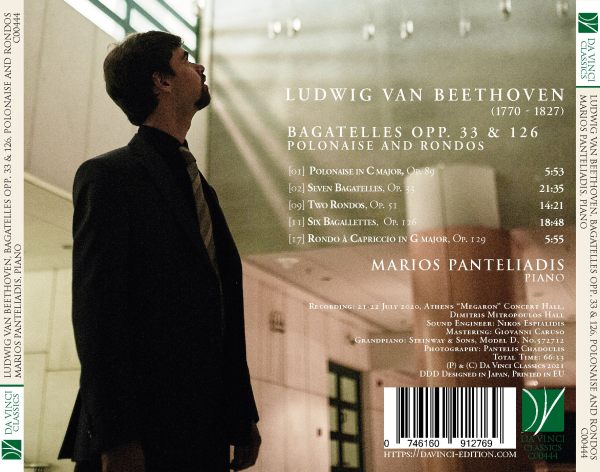 Marios Panteliadis has performed as a piano soloist in many venues including Vienna Musikverein, St Martin-in-the -Fields, Sydney Opera House, Santa Cecilia concert hall in Rome, Athens “Megaron” concert hall, as well as other solo and chamber recitals in Austria, Australia, Germany, France, Greece, Italy, Malta, Spain, South Korea, Romania, UK and USA. He has received praise for his playing from audience, artists and critics, defined as an “inspired and exceptional soloist, with a heroic and spacious way of playing" (Petersfield Post, 2015) and recognized as "a virtuoso, a true artist with undebatable musical qualities "(Aldo Ciccolini, 2013). He has won several 1st and special prizes in piano competitions in Greece (“George Thymis international piano competition” special prize 2017), Italy (“Cafaro” 1st prize, “Rome 2012” 1st prize etc), France (“Epinal” 2013) and UK (Royal Academy of Music “Else Cross prize” 2014). Additionally, he was a finalist at Hans von Bülow International Competition in Germany - 2015 (“Conducting from the piano”) and he was selected by Making Music for the Young Concert Artists scheme (YCA-2014) receiving a number of concert engagements in the UK. He has collaborated with Paralos Orchestra in Athens (cond. E. Kalkanis), Petersfield orchestra (cond. R. Browning) and Meiningen Court orchestra as a soloist and conductor. He frequently performs in a variety of chamber music groups such as his trio Mythos which has appeared in Europe, USA and South Korea as well as in duos with distinguished performers such as the violinists Ilija Marinkovic, George Zacharias and Fabrizio Falasca and singers such as the soprano Simona Mihai. Important influences on his musical personality have been Parry Derembey-Papastayrou (Athens Conservatory, 2002-2005), Sergio Perticaroli (Accademia Santa Cecilia- Rome, 2006-2008), Noel Flores (Vienna University, 2010-2012) and Tatiana Sarkissova (Royal Academy of Music in London, 2013-2015) all of whom guided him to the highest grades and distinction in his piano studies. Other educational experiences include special music courses with Eliso Virsaladze (2012/13) and Trio di Parma (chamber music 2008/09) in Scuola di Musica di Fiesole and masterclasses with important pianists such as Aldo Ciccolini, Pascal Devoyon, William Grant Naboré, France Clidat, Lilia Zilberstein. In addition to his piano diplomas, Marios Panteliadis has a Bachelor degree in orchestral conducting from Rome “Santa Cecilia” Conservatory (2011). During his MMus studies at the Royal Academy of Music he also studied conducting as an elective subject with Sian Edwards and Paul Brough. Since 2017 he has participated in a number of conducting masterclasses in Athens with Michalis Economou, as well as special courses during 2018/19 at the European conducting Academy in Vicenza with Romolo Gessi and visiting professors such as Julius Kalmar and Sigmund Thorp. He has conducted the Santa Cecilia Conservatory orchestra, Orchestra Regionale Filarmonia Veneta, Meiningen court orchestra and City of Athens Symphony Orchestra. Finally, he was a piano teacher at the junior department of “Santa Cecilia” Conservatory in Rome from 2012-2017 and since 2019 he has been a piano teacher in “Lorenzo Perosi” Conservatory in Campobasso Italy. He received the LRAM certificate with distinction (Licentiate of the Royal Academy of Music) where he deepened his knowledge on piano teaching pedagogy.