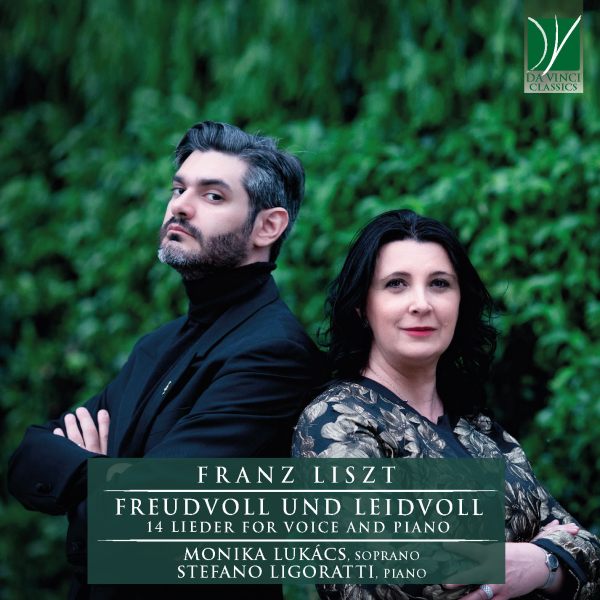 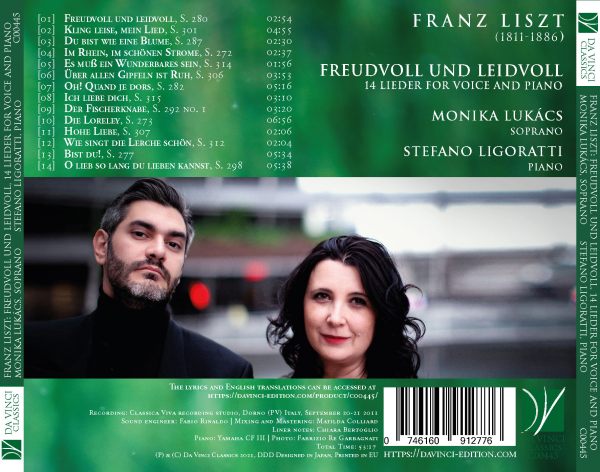 MONIKA LUKÁCS
Monika Lukács was born in Miskolc (Hungary). She is a coloratura soprano, highly trained in Belcanto tradition.
She graduated with the highest honours at the King Stephen’s Conservatory of Budapest in 1997. She studied at Conservatory "G. Verdi" with Adele Bonay and then with Maestro Vittorio Terranova in Milan.
In 2005 she graduated in Vocal Chamber Music with Stelia Doz, and specialized in lieder music.
She also attended many advanced courses with Katalin Szőke, Jùlia Hamari, Silvana Manga , Renato Bruson, Teresa Berganza, Helmut Deutsch, Erik Battaglia.
Since 1996 she gives concerts in Austria, Poland, Hungary, Slovenia, Germany, France, Croazia, Israel. In Italy she sang for Serate Musicali, Società del Giardino, Società del Quartetto and Amici del Teatro alla Scala Association. She took part to many opera recitals in Milan, Brescia, Rome, Lodi, Mantua, Bergamo, Florence, Naples, Venice. She performed with the Orchestra del Maggio Musicale Fiorentino, the Theater National in Miskolc, the Opera House "Erkel Ferenc" in Budapest. She sung at the "Festival György Ligeti" with the Orchestra Giuseppe Verdi in Milan, at the "Festival Liszt - Mahler" in Milan. She took part in the Second International festival of Chamber Music under Marcello Abbado’s artistic direction, at Lugano Auditorium in Switzerland, Teatro Bibiena in Mantua, Teatro Sociale in Como, Teatro Mancinelli in Orvieto. She also won national and international competitions.
She recorded for the Sarx Records and for Stradivarius. She recorded for Swiss Radio, for the Hungarian Radio, for RAI 3 and RAI International, and for Japanese TV. She collaborated with Teatro alla Scala in Milan. She is often a member in the jury panel in competitions and holds Masterclasses in Europe.

Stefano Ligoratti: Stefano Ligoratti (Milan 1986) studied at the “G. Verdi” Conservatory of Milan. His Academic course was characterized by a certain musical versatility that led him to obtain many degrees. He graduated in Piano, Organ, Harpsichord, Orchestral Conducting and Composition. He won several prizes in national and international competitions, including the prestigious European Piano Competition "Mario Fiorentini" of La Spezia (Italy, January 2010), where he won the first prize, the audience award and the prize for the youngest pianist. He is Artistic Director of the music network "ClassicaViva", and he performs with the homonymous orchestra, which he founded in 2005, often in the dual role of pianist and Conductor. Recently he is involved in musical dissemination, strongly believing that the historical period in which we live needs a wide operation of musical literacy. In this regard, in January 2019, together with the pianist and musicologist Luca Ciammarughi, he began a season of eight Concert Lessons (still in progress) at the Palazzina Liberty in Milan, under the name of "Non capisco! ... Son profano!”, Offering the public an historical and analytical verbal explanation of the various musical forms. As a pianist he recorded CD’s for the labels: "ClassicaViva" ("Variations ... and beyond", published in 2007; "Fantasies", published in 2009; in duo with the russian violinist Yulia Berinskaya: "Violin in Blue" published in 2010 and "Violin in White" published in 2012); "Limen" ("Sturm und Drang" published in 2018); “Da Vinci” (“F. Schubert: Works for Piano 4 hands” in duo with Luca Ciammarughi published in 2017), (“The voice of Violin” in the role of Conductor of “I musici di Parma Orchestra” and Yulia Berinskaya as a Violin Soloist), (Beethoven: Complete Works for Cello and Piano” Published in 2019 in duo with Matilda Colliard as Cellist). Also He is finalizing the recording of complete works for Cello and Piano by G. Goltermann (for “Brilliant Classics” label) with the cellist Cosimo Carovani.