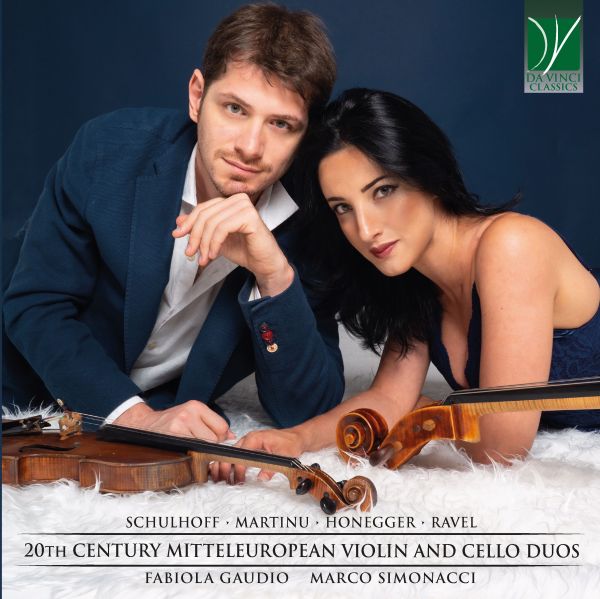 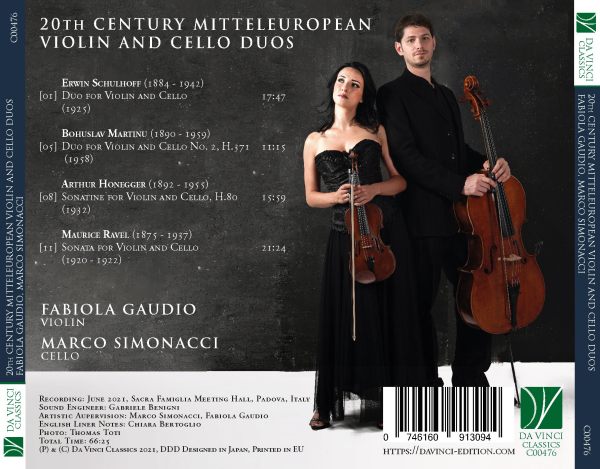 Fabiola Gaudio has always been interested in musical dialogues hence her deep involvement in chamber music where her natural talent and awareness are expressed to the full.
She's graduated summa cum laude under the guidance of P. Pellegrino from S. Cecilia Conservatory in Rome,where she then also obtained her Master’s Degree in Violin Performance. She attained her Diploma in Chamber Music at the Accademia Nazionale di S. Cecilia in the class of R. Filippini.
She is currently furthering her studies with S. Waterbury and G. Apap in their annual courses at the“Festival Adriatico di Musica da Camera”and with M. Quarta and M. Marin in Riva del Garda and Cava dei Tirreni.
She has participated in various masterclasses in Italy and abroad with violinists such as S. Pagliani, F. Cusano, B. Antonioni, G. Monch, C. Parazzoli, M. Fiorentini, Ars Trio, Trio di Parma and S. Girshenko.
She has attended solo violin masterclasses at the Accademia di Santa Cecilia in Portogruaro with I. Rabaglia and at the Accademia Internazionale di Roma “Sergio Fiorentino” with P. Pellegrino.
She performed in the “Uto Ughi per Roma” festival as soloist and concertmaster.
She is the winner of numerous prizes at national and international competitions,some of which include:absolute first prize at “Luigi Rossi”, first prize at “Città di Magliano Sabina” national competition, “Riviera Etrusca” prize in Piombino, first prize at “Anemos” international competition in Rome, and “Premio delle Arti” in Rome.
For Da Vinci Classics, she has recorded Satie’s Gnossiennes in the version for string quartet by G. Simonacci.
She regularly plays with orchestras such as “Roma Sinfonietta” and “Sinfonica Abruzzese” as principal second violin. She has collaborated with internationally renowned artists such as Y. David, E. Morricone, L. Bacalov, U. Ughi, D. Renzetti and L. Shambadal, giving performances in Italy, Ukraine, Uzbekistan, Latvia, Estonia, Lithuania, Poland, America, Ireland, Norway, Germany and Belgium.
She teaches at the pre-college violin courses in partnership with Santa Cecilia Conservatory in Rome.
Fabiola performs on a 1940 Rodolfo Fredi violin.

Bohuslav Martinů: Martinů was born in the small market town of Polička just on the Bohemian side of the Bohemian-Moravian border. Until 1902, when they moved to a house in the centre of the town, his family lived at the top of the church tower, where his father combined his cobbler’s trade with fire-watching and ringing bells for services. Martinů started school in 1897 followed by violin lessons twice a week. He developed fast as a violinist, leading the Polička string quartet and in 1905 giving his first performance as a soloist. Another successful recital the next year encouraged high hopes of a career as a virtuoso leading to the key event of his early life: the local community raised funds to send him to the Prague Conservatory, the entrance exam for which he passed in September 1906.