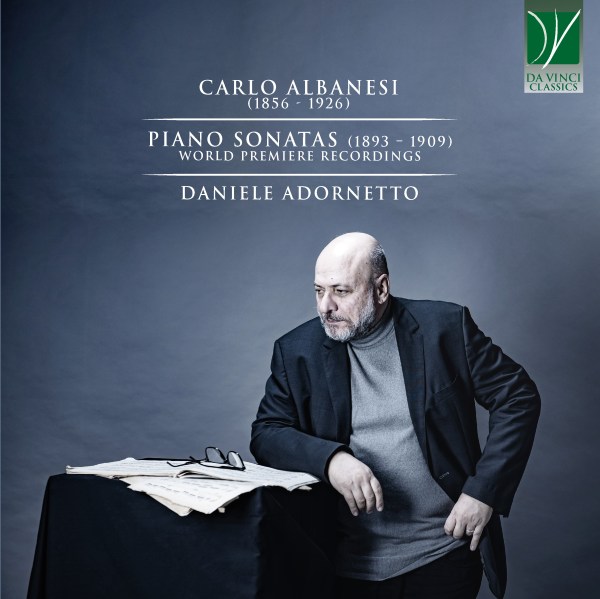 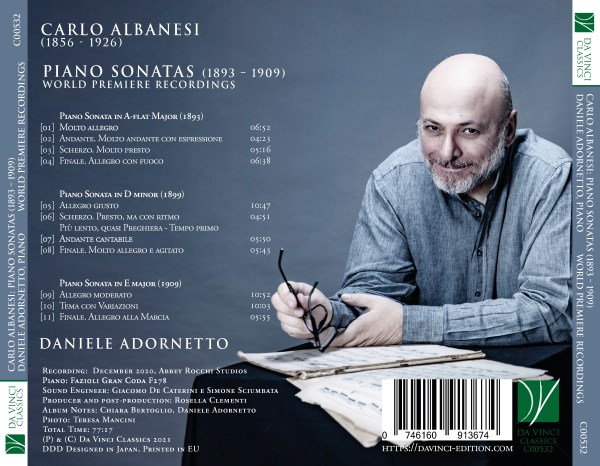 DANIELE ADORNETTO was born in Rome. He studied with Elio Maestosi, obtaining his diploma with the highest honors, and furthering his studies with Marylene Mouquet, Charles Rosen, and Massimiliano Damerini. He studied composition and analysis with Eduardo Ogando and orchestration with Vieri Tosatti.
He received the ‘l'Oscar dei Giovani’ in Roma in 1986, and a prize at the “Liszt Competition” in Lucca in 1989, performing as a soloist in Brahms’ First piano concerto with the Kielce Symphonic Orchestra in Formia. He has performed for Radio Uno (1989) and Telemontecarlo (1994).
He has given solo recitals in Italy (Teatro Olimpico and Teatro Ghione in Rome, Neaples, Turin, Bari, Sorrento, Viterbo, Salerno, at the Ravello Festival, Teatro Sanzio in Urbino, Alghero Festival, Ateneo Musica Basilicata in Potenza, Associazione Barattelli in L'Aquila, Todi Arte Festival) and abroad (in the Netherlands and in Spain), performing also as a part of a duo, with the pianist Stefano Giardino, at the Italian Cultural Institute in Rio de Janeiro and in Tunisi.
A refined chamber performer, he has performed with artists such as Franco Maggio Ormezowski, Adam Klocek, and Mauro Tortorelli, with whom he has recorded a live CD for "Domani Musica".
Involved in theatre collaborations, he has performed with celebrated actors such as Giorgio Albertazzi, Pino Micol, Arnoldo Foà, Blas Roca Rey and Amanda Sandrelli, Walter Maestosi.
In recents years he has deepened his exploration of the Italian repertoire of the twentieth century, performing amongst others the sonatas of Alessandro Longo, Pizzetti, Zafred, and has recorded piano music of Vieri Tosatti for “Tactus”. He has presented a series of successful lecture-recitals at concerts associations and musical academies, exploring the historical context and musical features of the works performed.
After teaching at the Conservatoires in Bari and Perugia, he presently holds a Chair of Piano at the Conservatorio "Licinio Refice" in Frosinone.