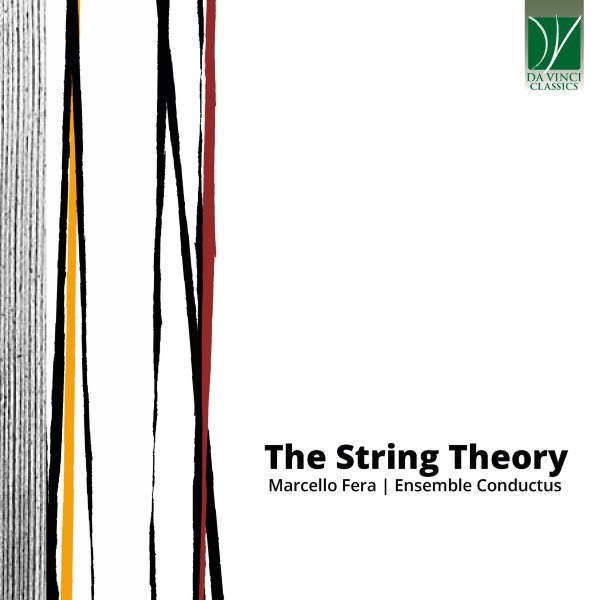 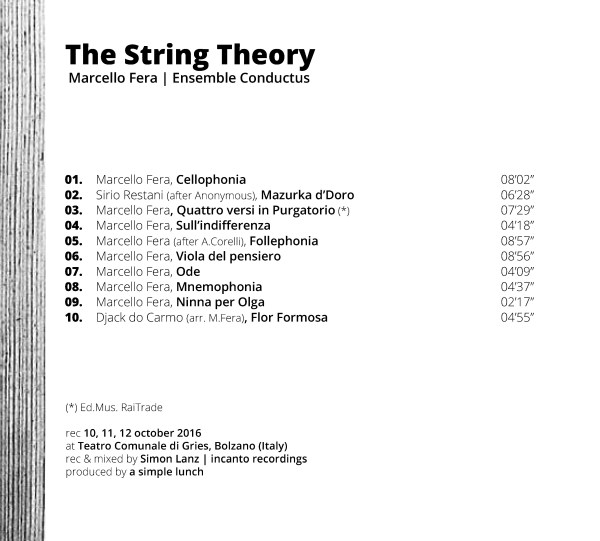 The music gathered here is the fruit of a close-knit relation between writing and the practice of interpretation. In my experience, the composer and the interpreter justify and shape each other in a reciprocal fashion. They are complicit in forming the habitat within which my artistic life moves. Just as are the strings of the Conductus Ensemble with whom I have for years shared concert platforms and who has performed many of the premieres of my works.

I have a predilection for the elements of colour and technique of string instruments in the making of music which, with the support of my colleagues in the ensemble, I have learned to conjugate in my own way: a  paradigm of sonorities to which to devote the act of composition but also to which to return much loved musical pieces, which although born in different contexts and subject to other imprints, rediscover in this dimension the possibility of a renewed being.  And this is why here, alongside my own compositions, are also present pieces such as Mazurka d’Doro [Doro’s Mazurka]  (by Isidore),  derived from the musical tradition of the Apennine mountain region between Genoa and the Po River, or Flor Formosa [Beautiful Rose], originating from the archipelago of the Cape Verde Islands.
The title, The String Theory, smiles in the direction of the celebrated theory in physics, which retraces the origin of everything to ‘vibrating physical entities’. From such cosmic strings then to the string ensemble itself by an elective affinity.
Marcello Fera