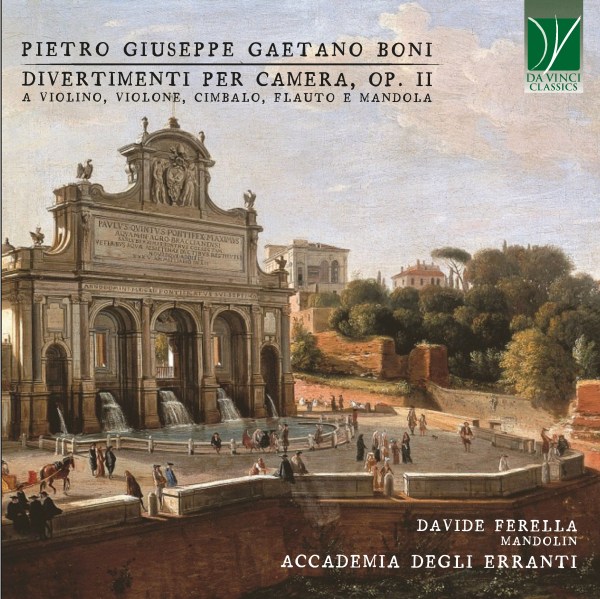 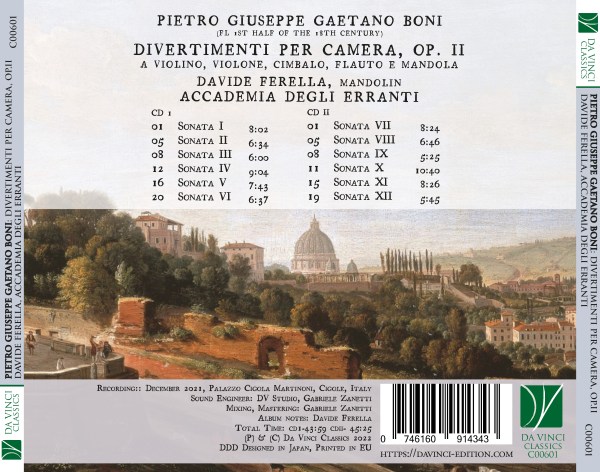 Davide Ferella
Born in L’Aquila in 1992, Davide graduated in mandolin at the Conservatory of Music “A. Casella” in L’Aquila under the guidance of M° Fabio Giudice. In April 2016 he obtained his Summa cum Laude master diploma in Mandolin under the guidance of M°Dorina Frati. Within the same conservatory in 2018 Davide obtained the master diploma in Chamber Music under the guidance of M°Luca Morassutti.
As specialized in music performance with original instruments, Davide performs as a soloist in many Italian festivals. He also reported collaborations with the Teatro alla Scala of Milan, under the directions of M°Rizzi and M° Fournillier for the staging of Umberto Giordano’s “La cena delle beffe” and Sergej Prokof’ev’s “Romeo e Giulietta”. In 2018 he collaborated with the Teatro Comunale in Bologna, directed by M°Mariotti for the staging of Mozart’s “Don Giovanni”. In 2021, under the guidance of M° Giuseppe Sabatini and the direction of Nicola Ulivieri, Davide participated to a new staging of Mozart’s Don Giovanni at the Teatro Zandonai in Rovereto. Still in 2021, in Bologna at Teatro Duse, is once again Davide’s Mandolin accompanying Don Giovanni (interpreted on that occasion but also during the recitals at the Comunale, by the internationally famous baritone M° Simone Alberghini) in the staging by Tommaso Ussardi, Giovanni Dispenza and “Orchestra Senzaspine”. As a scholar and researcher, Davide is devoted to the re-discovering and enhancement of the mandolin repertoire during the 1600 and 1700, in the attempt to revitalize according to a divulgative modality, both through masterclasses in the Italian conservatories of music and publications for Lilium editions, Map editions and Da Vinci Publishing - an immense musical heritage which was for centuries forgotten.
Together with the internationally famous soprano Simone Kermes and the ancient music ensemble “Amici Veneziani” Davide participated to the recording of “Inferno e Paradiso” cd edited by Sony Classical.
In 2019 Davide founded the ancient music group “Accademia degli Erranti” for which he is also the artistic director.
In July 2020 “Tiranni Affetti, works for mandolin and voice” their first discographic work was released by Dynamic. The work was in full first recording and it is dedicated to the music of the Florentine composer Carlo Arrigoni (1699-1744). Still for Dynamic, Davide published the cd “Filippo Sauli’s Six Partitas and Other works”, a discographic project dedicated to the music for solo mandolin (mandolin with four orders and tuned for fourths) composed by the lutenist and mandolinist Filippo Sauli (XVII-XVIII cent.), and other scores still for the mandolin in four orders and tuned for fourths composed by Niccolò Ceccherini and Pietro Paolo Cappellini (these last two in full first recording). Davide is also involved since time in the drafting of a volume having an extremely high historical and musicological value dedicated to the mandolin, the theatre and the music culture during the 18th century.

Pietro Giuseppe Gaetano Boni (fl 1st half of the 18th century). Italian composer. He has sometimes been thought to be the composer of the opera Il figlio delle selve, performed at Modena in 1700, but according to Schmidl this results from a confusion of his name with that of Cosimo Bani. He may have studied in Bologna, since he was recommended from there to Corelli in Rome in 1711 (only Corelli’s reply to the letter of recommendation is extant). It has been assumed that he remained in Rome for some time, since his 12 Sonate per camera a violoncello e cembalo op.1 were published there in 1717. That year, perhaps as a result of this publication, he was made a member of the Accademia Filarmonica, Bologna. On the title-page of his Divertimenti per camera a violino, violone, cimbalo, flauto e mandola op.2 (Rome, n.d.) he is described as a priest. In 1719 he had a Cantata per la notte di Natale performed in Perugia; this may be the same piece as the Cantata per il SS natale di Nostro Signore Giesu Christo, for two voices and instruments, in manuscript at Manchester (GB-Mp). His opera Tito Manlio (text by Matteo Noris) was performed in Rome on 8 January 1720 and his oratorio S Rosalia at Bologna in 1726. In the libretto of this work he is referred to as abate. His 12 Sonate a violino e violone e cembalo op.3 were published in Rome in 1741. The set of manuscript sonatas (I-Bc) thought by Gaspari to be for keyboard has been shown by Newman to be for violin and continuo.