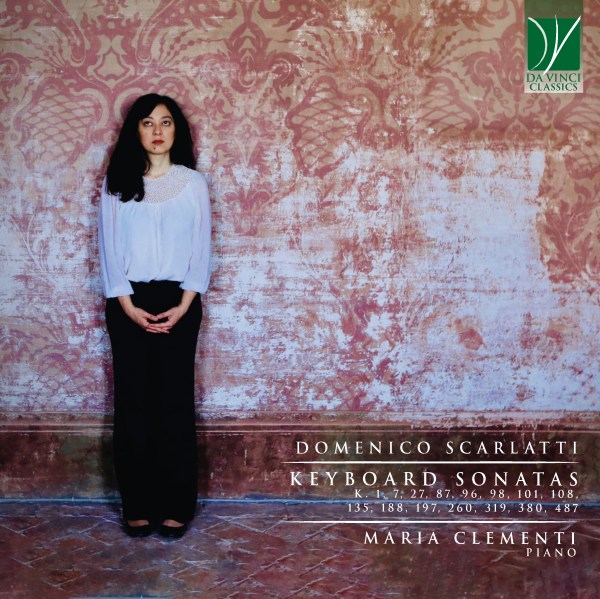 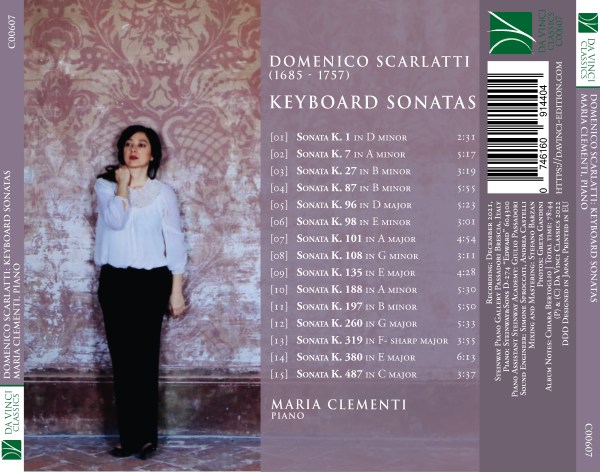 Maria Clementi
Born in Milan, Maria Clementi has given recitals in Mozarteum of Salzburg (Wiener Saal and Großer Saal), Gewandhaus of Leipzig, Sala Grande of the “G.Verdi” Conservatory of Milan; at the Teatro Grande of Brescia and Teatro "G. Donizetti" of Bergamo for the International Piano Festival "Arturo Benedetti Michelangeli” during the Mozart Celebration year, at the Maggio Musicale Fiorentino, at the Tiroler Festspiele of Erl.
Maria Clementi has performed in Italy (Auditorium “C.Pollini” of Padua, Teatro Civico of Vercelli for the “Società del Quartetto”, Teatro Comunale of Treviso, Sala Accademia of the Conservatory “S.Cecilia” for the Season "Uto Ughi per Roma", Teatro “G.Fraschini” of Pavia, Teatro Bibiena of Mantova, Auditorium of the Conservatory “Dall’Abaco” of Verona, “Società del Quartetto” of Bergamo, for “Società dei Concerti” of Milano, Amiata Piano Festival, Gioventù Musicale d’Italia, Piano City Milano, Yamaha and Bösendorfer Italy…), as well as in Austria, Germany, France, the Netherlands and Japan.
A very young winner of many piano competitions, a first prize at the International Competition for Piano and Orchestra of Cantù in Italy, at the age of 16 a third position at the International Music Competition “G.B.Viotti” of Vercelli and she won the second prize at the 38th National Piano Competition “Premio Città di Treviso”.
She collaborated as a soloist with orchestras such as “I Pomeriggi Musicali” of Milan, RAI Symphony Orchestra, Orchestra di Padova e del Veneto, the Symphonic Orchestra of Emilia Romagna “A.Toscanini”, the Symphonic Orchestra of Bacau, the Cluj Philharmonic, the Symphony Orchestra of Milan “Giuseppe Verdi” and with conductors such as Peter Maag, Gianandrea Noseda, Ovidiu Balan and Enrique Mazzola.
In 2015, Brilliant Classics released her first album which is dedicated to Luigi Dallapiccola: complete piano solo and violin and piano works.
In 2018 Maria has released her new album for Dynamic Records, Maria Clementi plays Muzio Clementi: both works were met with widespread acclaim from public and critics.
She began studying piano at a very young age, graduating with honors under the guidance of Piero Rattalino at the Giuseppe Verdi Conservatory in Milan. “Later she continued her studies with Lazar Berman, Boris Petrushansky, Alexander Lonquich. Meeting Rosalyn Tureck also had a large impact on her artistic development.”
She regularly holds masterclasses in Italy; since 2014 she is a Piano Professor at the Conservatory “G. Puccini” in Gallarate.
Maria Clementi is deeply involved in chamber music activities both in Italy as in Europe and her performances were broadcasted live on radio and television.