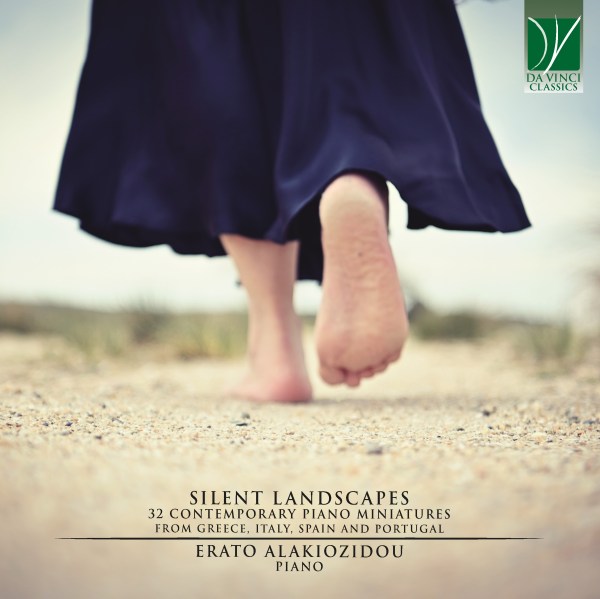 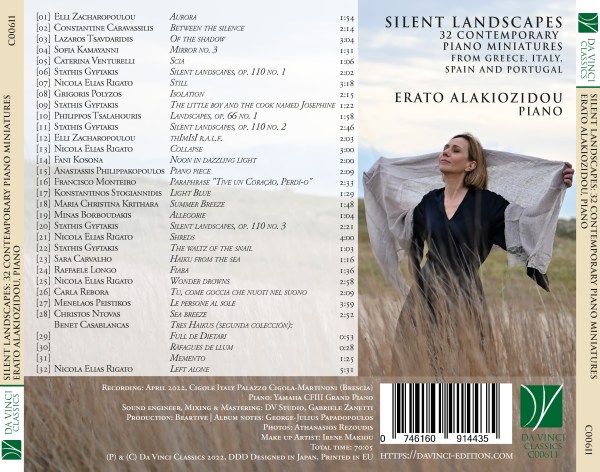 Erato Alakiozidou belongs to the generation of artists who are closely involved in promoting contemporary music repertoire. Since 2000, she has been actively engaged in performance or recording projects centering on the works of Greek composers of the 20th and 21st centuries.
Distinguished Greek and foreign composers have dedicated works to Erato, which she then presented in over 150 world premiere performances. Her repertoire includes a wide spectrum of classical and contemporary music. She has given over 100 premieres of works by Greek composers in her country and abroad. Concurrently, Erato continues to play a decisive role in organizing new and novel music initiatives in Greece.
After initial studies in her home country, she continued her quest in Belgium, Germany and Switzerland with great artists and pedagogues, such as Roberto Szidon, Julia & Constantin Ganevi, Nicolas Astrinidis. Greek and international music critics have praised her overall artistic activity, and she has been honored with the Hellenic Union of Theatre and Music Critics’s Award.
She maintains a multilevel activity in various sectors of contemporary creation: contemporary music performance, repertoire-related research on topical units, educational programs, research, pedagogical projects, editing, essay writing, and artistic project planning-production-management. In recent years, she has focused her interest on contemporary composers’ chamber music repertoire.
Erato lives in Thessaloniki, Greece, yet she is a frequent traveler to participate in concerts, festivals, music projects and competitions abroad. She has recorded for Protasis Productions, Subways Music, Ankh Productions and Odradek Records (since 2017). This is her first project with DaVinci Records.
For more information visit her website:
https://www.eratoalakiozidou.com/