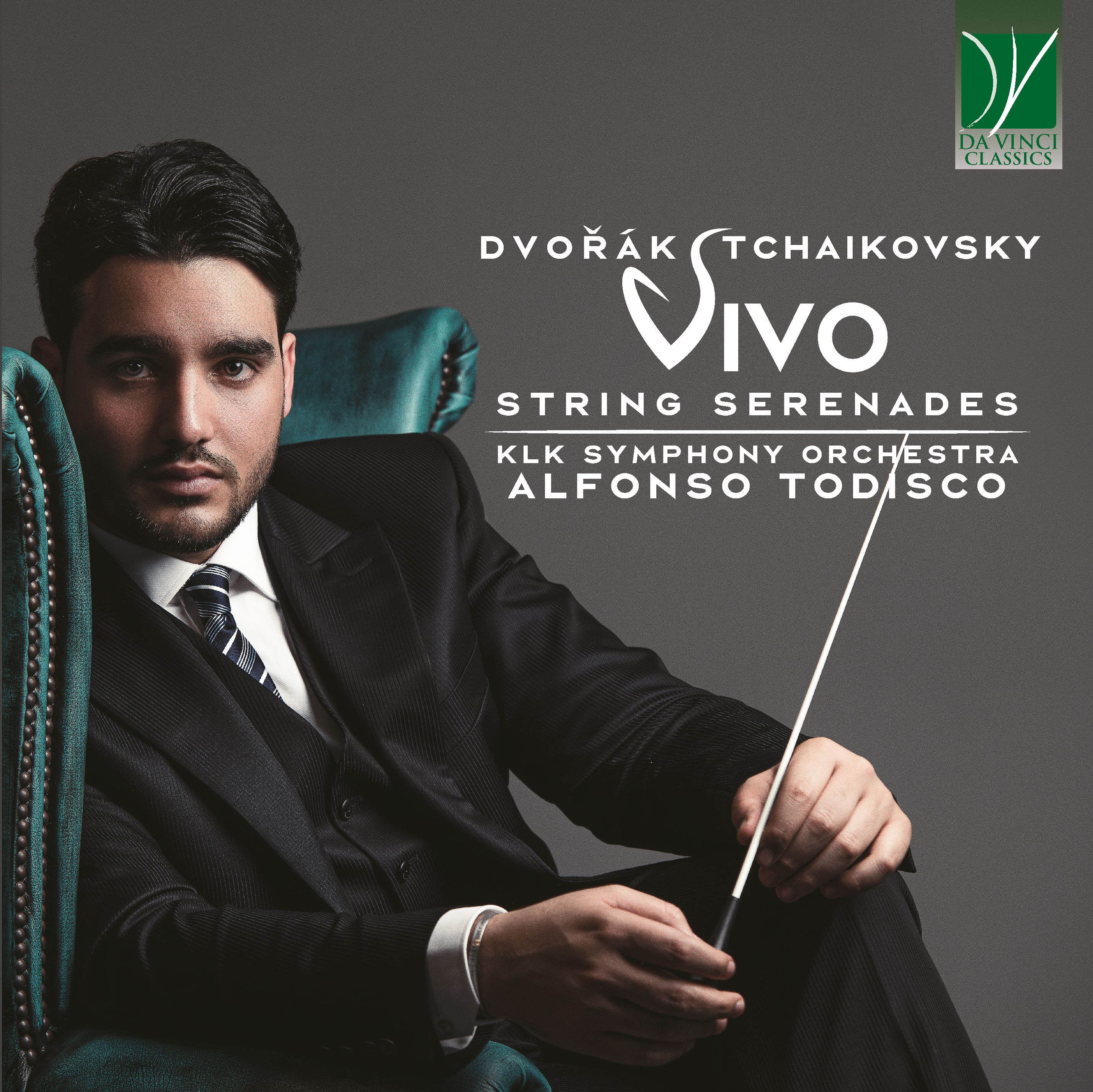 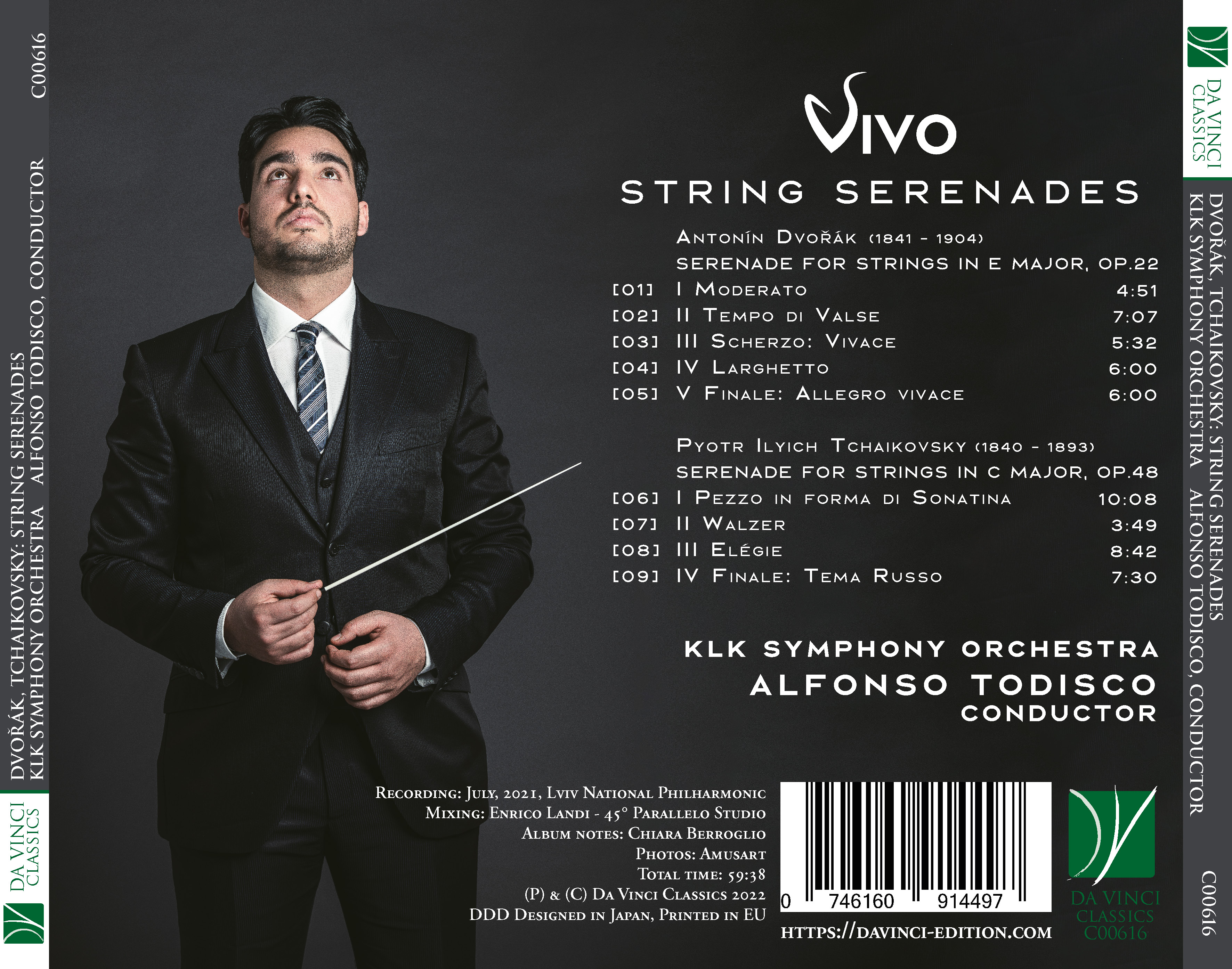 I imagine Dvořák and Tchaikovsky, at dusk, reflecting on their itinerary, on their art, on their life.
I imagine a moved Dvořák, having in his arms his firstborn, only a few months old, and with a luminous future before him. A prestigious award had recently changed his life; enthusiasm gets mixed with fear, and the true challenge of maturity begins.
I imagine Tchaikovsky alone, immersed in himself, tormented by a personal and creative crisis. He is seeking refuge in music; he lets his heart lead him. Probably that is the road, there is a light at the end of the tunnel. From that moment onwards, a spiritual rebirth will lead him to the apex of his career.
In music I love to read images and suggestions which are certainly personal, but inspired by a careful study of the composers’ lives at the time when they created their works. The music of these two masterpieces is living, rich in nuances, dense with emotionality, the fruit of an expressive research that the composers were living in a period of transition in their life. The free character of the “Serenade” is the perfect creative space for the two Romantic composers’ musical reflections. Between intimism and virtuosity, they gave life to true “artist’s pictures”, whereby it is easy to get lost, with closed eyes, in a mystical dialogue between dream and reality. Music, with a typically Romantic flavour, is “alive”, intense, evocative of images. One needs to listen just to the few initial bars in order to understand that it is a deeply inspired music.
Alfonso Todisco © 2022

Alfonso Todisco (b. 1994) is a pianist, conductor, and event manager. He graduated with honors in Piano at the G. Martucci Conservatory of Salerno under the guidance of Tiziana Silvestri in June 2017. He began his studies in Composition and Conducting with Nicola H. Samale in 2015 and graduated from the G. Martucci Conservatory in Salerno with an honorable mention in 2020. He also attended masterclasses with Bruno Aprea and Daniele Agiman.
He has won several chamber music competitions both as a pianist and conductor. Active in the world of research with a project focused on the origins of the "Sonata Form", he attended conferences in Italy and abroad: "XV GATM Conference" in Rimini (October 2018-2019); "Porto International Symposium on the Analysis and Theory of music", Porto (March 2019), "FIMTE XIV Symposium Diego Fernandez", Spain (June 2019),
In the academic year 2019/2020 he was the winner of the research scholarship at the G. Martucci Conservatory in Salerno with a project titled "Verso alla forma-sonata classica". He is a regular contributor to Maria Elisa Tozzi's musicological magazine "Il Mondo della Musica" and other Italian and foreign newspapers.
Alfonso Todisco is the artistic and musical director of the Artemus Ensemble of Pompeii (Neaples), which boasts numerous important concerts in the area, four concert seasons, and two albums produced by Satyr MB Production: "Gli Echi dell'Eterna Bellezza", with music by F. Cuccurullo, A. Onorato, P. Odierna and N. H. Samale, inspired to the ancient Pompeii (December 2019); "Il Prodigio", with three string symphonies by F. Mendelssohn (October 2020).
Alfonso Todisco conducted the KLK Symphony Orchestra of Lviv (Ukraine), G, Martucci Orchestra (SA), Vidin Symphony Orchestra (Bulgaria), Joven Orquestra de Leòn (Spain), Musici di Parma Orchestra, Nuova Orchestra Scarlatti, Orchestra Sinfonica Città di Roma, Orchestra da Camere Abruzzese, Ruse Symphony Orchestra (Bulgaria), always with public and critical acclaim.

He teaches Piano Practice at the N. Sala Conservatory in Benevento.

Antonin Dvorak: (b Nelahozeves, nr Kralupy, 8 Sept 1841; d Prague, 1 May 1904). Czech composer. With Smetana, Fibich and Janáček he is regarded as one of the great nationalist Czech composers of the 19th century. Long neglected and dismissed by the German-speaking musical world as a naive Czech musician, he is now considered by both Czech and international musicologists Smetana’s true heir. He earned worldwide admiration and prestige for 19th-century Czech music with his symphonies, chamber music, oratorios, songs and, to a lesser extent, his operas.

Piotr Ilich Tchaikovsky: (b Kamsko-Votkinsk, Vyatka province, 25 April/7 May 1840; d St Petersburg, 25 Oct/6 Nov 1893). Russian composer. He was the first composer of a new Russian type, fully professional, who firmly assimilated traditions of Western European symphonic mastery; in a deeply original, personal and national style he united the symphonic thought of Beethoven and Schumann with the work of Glinka, and transformed Liszt’s and Berlioz’s achievements in depictive-programmatic music into matters of Shakespearian elevation and psychological import (Boris Asaf’yev).