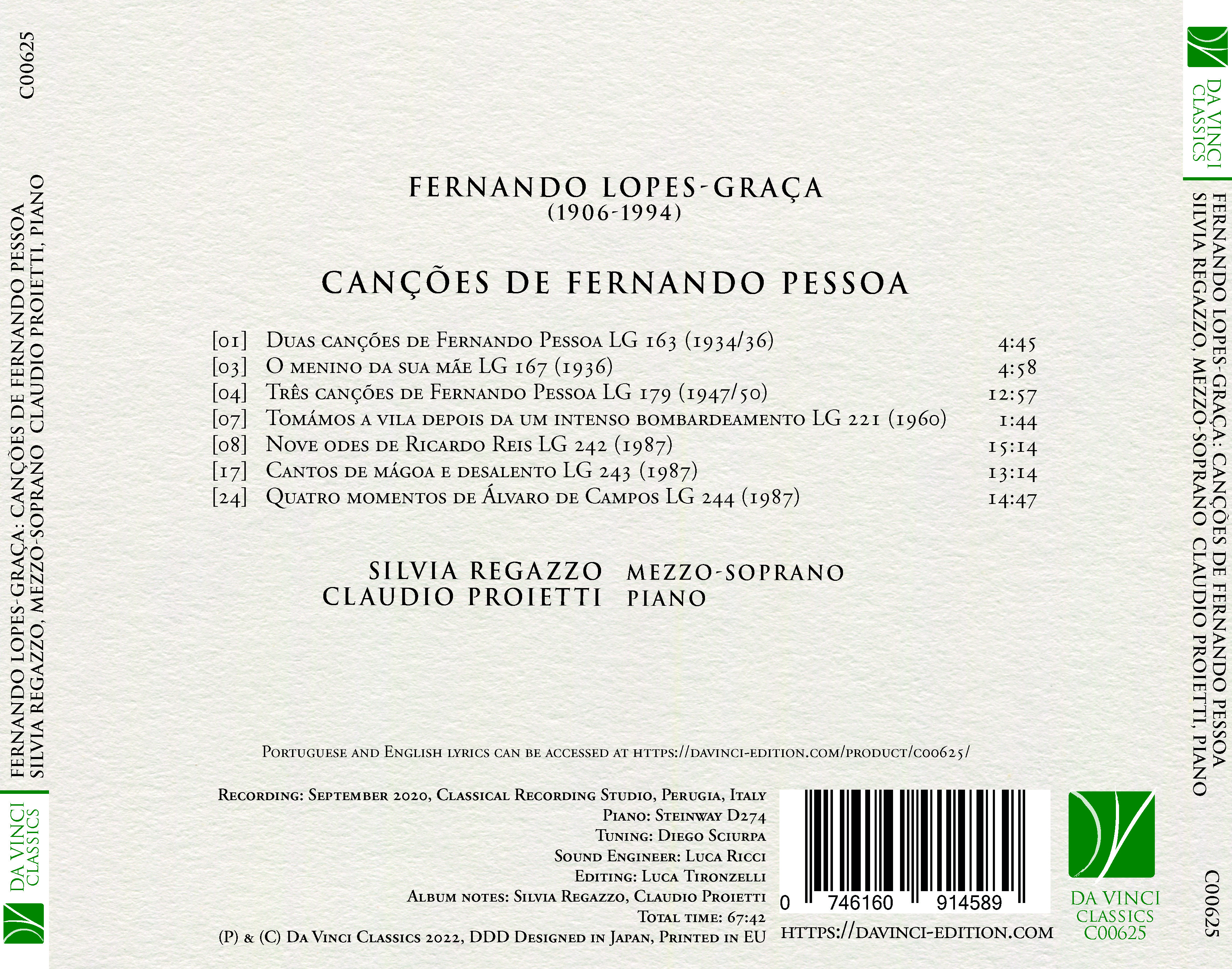 Claudio Proietti
His concert activity, as a soloist, chamber musician and accompanist of singers, is mostly dedicated to the modern and contemporary repertoire.
With E.CO. Ensemble for the Contemporary Experience, which he founded, he participated in the most important festivals and seasons in Italy, Europe and South America, proposing - always without a conductor - the masterpieces of the twentieth century alongside the most significant works of modernity and of the greatest living composers often as première. The current duo activities with pianist Maurizio Barboro, with soprano Valentina Coladonato and with mezzosoprano Silvia Regazzo are particularly successful and appreciated.
He has recorded various CDs with compositions by Liszt, Bartók, Schoenberg, Eisler.
More recently he conceived and carried out some important and awarded projects: in 2017 the rediscovery and the first recording, with various singers, of Shakespeare Sonnets and Shakespeare Duets by Mario Castelnuovo Tedesco; in 2018, with the soprano Valentina Coladonato, the recording of Poulenc et ses Poètes, a cd dedicated to mélodies by Francis Poulenc; in 2020 the complete execution, alongside Silvia Regazzo, of the very rare Canções de Fernando Pessoa by Fernando Lopes Graça; in 2021 the commission and the first performance, together with Maurizio Barboro, of Turandot Atto Primo, a transcription for two solo pianos of the Puccini's masterpiece.
He is the author of several books among which, in the field of musicology, two monographs dedicated to the composer Ivan Fedele (IRCAM Paris 1996, Suvini Zerboni 2011) and Il Mikrokosmos di Béla Bartók – Analisi, interpretazioni, indicazioni didattiche ed esecuzione integrale (ETS 2007) which also contains, in the annex, his complete recording of the work.
For over 30 years he was professor of piano and finally also director of the Conservatory "Niccolò Paganini" of Genoa. From 2018/19 teaches "Musical experiences of the twentieth century" in the Civiltà e Forme del Sapere Department of the Pisa University.

Fernando Lopes-Graça
(b Tomar, 17 Dec 1906; d Parede, nr Cascais, 27 Nov 1994). Portuguese composer and musicologist. He studied in his home town and at the Lisbon Conservatory (1924–31), where he was taught by Adriano Merea and Vianna da Motta (piano), Tomás Borba (composition) and Branco (musicology). He also attended courses in the arts at Lisbon University (1928–31) and Coimbra (1932–4). His first works were performed in concerts organized with fellow students at the conservatory. During this time he also started to work as a writer on music, displaying a rare literary gift and a broad culture. His years of teaching at the Coimbra Academy of Music (1932–6) were preceded and followed by periods as a political prisoner, and this prevented him from taking up a teaching post at Lisbon Conservatory. These years coincided with his first efforts as a composer, which reveal the influence of Schoenberg and Hindemith. The early vocal works also show a profound understanding of Portuguese prosody, gained through contacts with contemporary poets, which he cultivated throughout his life.