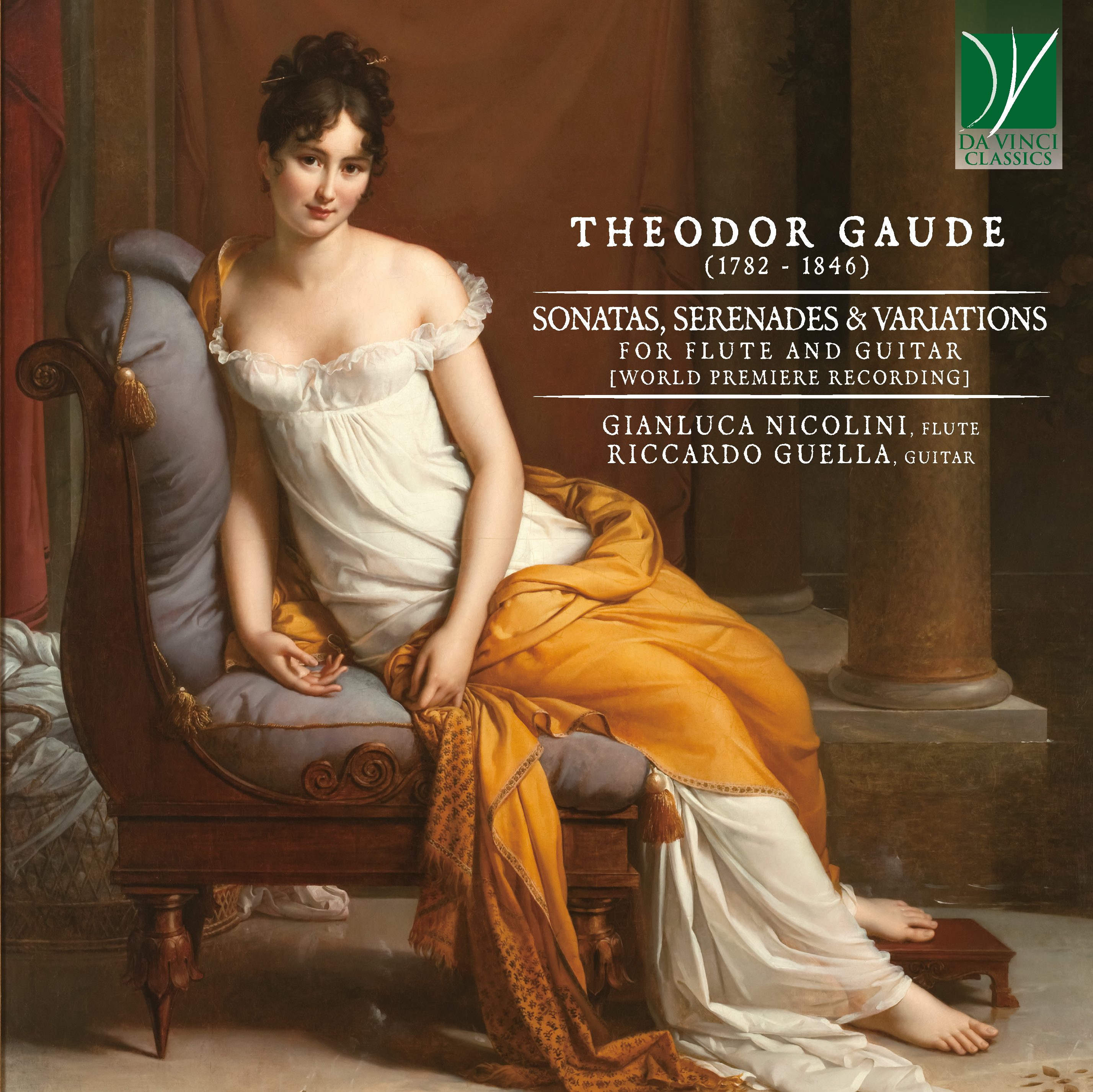 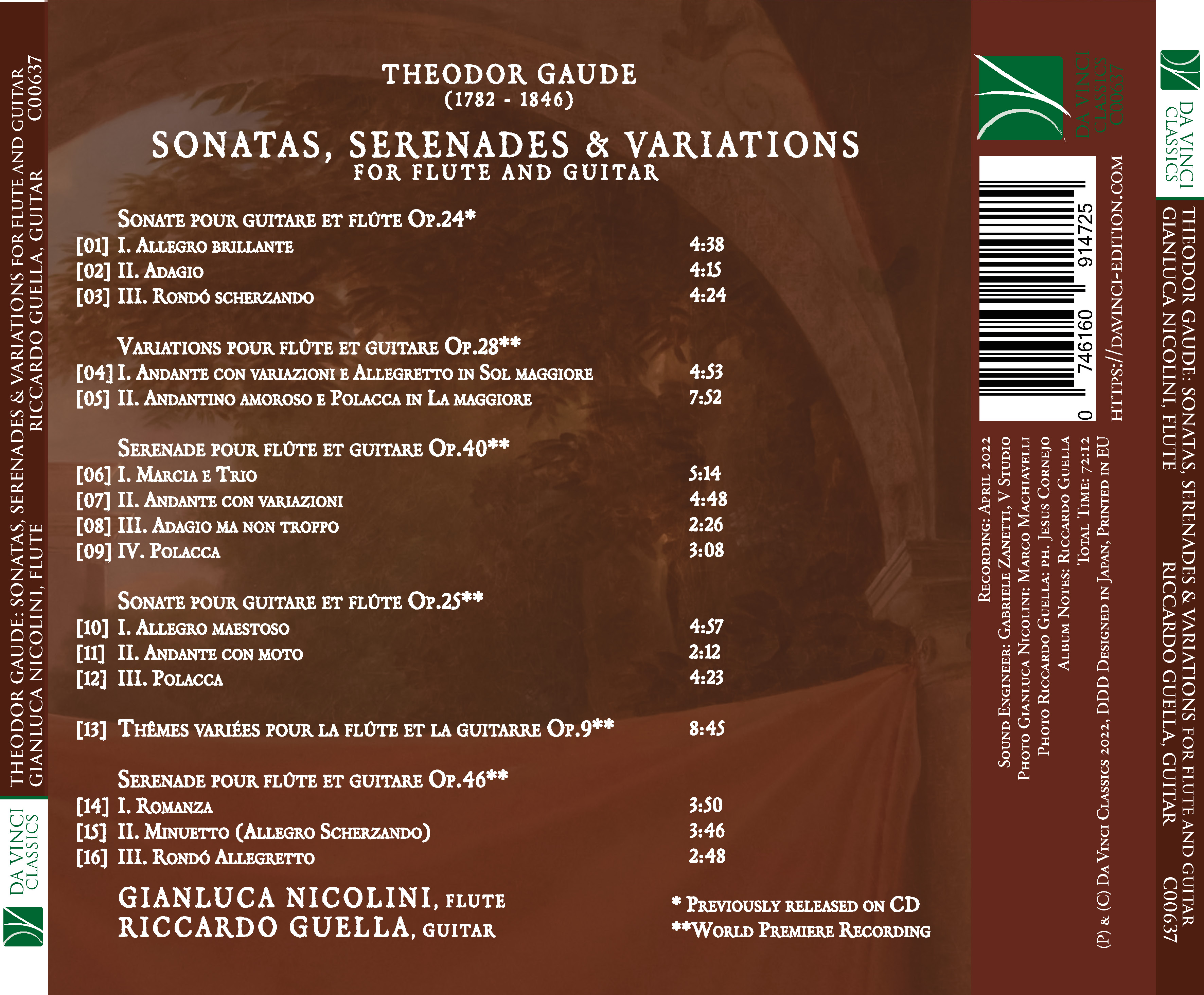 Chamber music with guitar of the eighteenth and nineteenth century was written almost exclusively by composers who were also guitarists too. They developed guitar technique while framing the guitar within ensembles with wind or strin instruments in order to enhance its expressive features. As a matter of fact, numerous Methods for guitar playing were created in this period. They were conceived for the professional players or amateurs. In parallel, the repertoire increased to the point that publisher issued more pieces for guitar than for other instruments. This fact impacts on the development of chamber music with guitar in many different ensembles such as duo, trio, quartet and quintet, and even guitar concertos with the orchestra.
The countries where the guitar became a protagonist in the creation of chamber music were France, Germany and Austria, since there the tradition of chamber music was rooted into the music style demanded by both composers and society.
The most important guitarist-composers of the period who worked in this direction were the Italians Mauro Giuliani, Luigi Legnani and the Austrian Anton Diabelli, based in Vienna, while the Italians Ferdinando Carulli, Francesco Molino worked in Paris.
All of them wrote music for guitar and other instruments, particularly for flute and guitar. Among them Mauro Giuliani was a composer who devoted great effort to this ensemble. He authored some masterpieces which are still frequently played today like the Gran Duo Concertante Op.85 and its twin Op.52 or the Serenades Op. 82 and Op.127. On the other hand, Carulli, Molino, and Legnani feature in their catalogue fewer pieces with flute, some of them with titles like Notturno, Fantasy and Serenade.
Even though not all these works are remarkable for their musical value, they represent the chamber music style of this period and show how guitar music combined with other instruments.
The works by Theodor Gaude correspond to these stylistic traits, especially as concerns his chamber music compositions.
Theodor Gaude was a guitar player in turn, and his extensive oeuvre comprises a considerable number of pieces featuring the flute, including his first three publications.
Gaude was born on June 3, 1782 in Wesel on the Rhine (Germany), although his parents were originally from France. Unfortunately, we have no information regarding the date or circumstances of his death.
Initially, following his parents’ wishes, he had to devote himself to trade; however, he soon gave way to his special predilection for music and began his guitar studies.
Within a short period of time, he developed an extraordinary skill ; thus, he continued his education in Paris where he also received instruction in musical composition.
In 1814, he began his journey through Europe giving concerts to great acclaim, and arrived to Hamburg, whence he had been planning to embark for St. Petersburg. However, this plan was disrupted by an illness, forcing him to remain for a longer time in Hamburg. However, during his stay there he had made many friends and had also gained notable recognition as a guitar teacher; thus, he decided to remain in the city and to spend the remainder of his days there. As a composer he was active in producing more than 80 opuses, some published in Paris, some in Offenbach, in Hamburg and Leipzig.
Gaude wrote fifteen compositions for flute and guitar: this possibly ranks him first as the composer who authored the highest number of pieces for this ensemble. Even Mauro Giuliani, whose works for flute and guitar are probably the most frequently played examples of this repertoire did not compose as many works as Gaude.
Gaude’s oeuvre touches different styles and different forms: his favourite is the theme and variations but his two Sonatas op. 24 and op. 25 and the Serenatas are also remarkable.
Observing Gaudes’ works for flute and guitar there is a clear difference between passages where the guitar merely performs an easy accompaniment without thematic elements or virtuosic passages and those where the two instruments alternate in presenting thematic elements. For instance, in Gaude’s first publications (i.e. op. 1, 2 and 3) the flute has always the main part, whilst in Opus 9 and Opus 28 the guitar has no less important a part than the flute.

The Thêmes variées pour la flûte et la guitarre, Op. 9 was published in Hamburg and has eight variations. The last is an Allegretto ending with an unexpectedly long diminuendo in the fashion of the conclusion of an Opera scene.
Similarly, the Variations pour flute & guitarre Op. 28 (published in Hamburg in 1820 and consisting of two themes with variations) have many interesting aspects. The first, in G major, is an Andante with four Variations and a concluding Allegretto; the second is an Andantino amoroso in A major with five variations and a final Polacca. The Andantino amoroso has numerous virtuosic elements and displays some interesting musical ideas demonstrating Gaude’s effort to find a personal style in the guitar part.
However, the highpoint of his oeuvre is doubtlessly represented by his two Sonatas for flute and guitar Op. 24 and Op. 25.
With these compositions Gaude demonstrates another idea of music, more challenging for the musicians and with the intent to play them in an important situation.
The Sonate pour guitarre et flute Op. 24 was composed approximately in 1817-1818 and was published in Hamburg.
It was dedicated to Gaude’s friend Raphael Dressler (1784-1835), one of the most notable flutists of the day and a prolific composer for the flute, with many published works.
This Sonata is articulated into three movements: Allegro brillante, Adagio and Rondò scherzando. Gaude employed a traditional Sonata form with two themes and three sections. However, the development is not on the same level as the exposition and the recapitulation. As a matter of fact, the harmonic aspect of this movement is less sophisticated than that of other pieces. For instance, the Adagio features more modulations and some interesting melodic ideas.

The other Sonata, the Sonate pour guitarre et flute Op. 25 is very similar to Op. 24. It was published in Leipzig between 1817-1818 and it is structured in three movements: an Allegro maestoso, an Andante con moto, and a concluding Polacca.
The main key of the Sonata is D major and the first movement has a rich texture of sound. Scales and arpeggios in the guitar part are connected with the same elements played by the flute. The second movement is in G minor, an unusual key for guitar works in the nineteenth century. This Sonata offers more virtuosic elements to the two instruments in particular in the third movement, the Polacca. Some melodic ideas of this work recall the polonaise genre also adopted by Giuliani in the third Polonaise concertante op. 137.
The last genre practised by Gaude was that of the Serenata. He did not adopt a specific structure with these works – indeed, Op. 40 and Op. 46 are very different.
The Serenade pour flute et guitarre, Op. 40, was published in Bonn in 1819 and it consists of a March with Trio, an Andante with four variations, an Adagio in the style of a Romanza, and a Polacca. On the other hand, the Serenade pour Flute ou Viol. et Guitarre, Op. 46 is structured in three movements: a Romanza, a Minuetto (Allegro Scherzando) with Trio and a Rondò. In terms of the guitar part’s texture, this Serenata is perhaps the least developed among the works recorded here. Still, its highpoint is represented by its Minuetto, where Gaude plays with an imitation between guitar and flute.
Riccardo Guella © 2022
Translation: Chiara Bertoglio

Gianluca Nicolini
After having graduated in flute at the Florence Conservatory L.Cherubini, Gianluca Nicolini continued his specialist studies with Marzio Conti and took part in other Master Classes with Alain Marion, Conrad Klemm and Raymond Guiot. He has played with both the Teatro Carlo Felice Orchestra in Genoa and the Orchestra Filarmonica Italiana, and from 1989 to 2000 He was Principal Flute with the Orchestra Filarmonica Giovanile di Genova, with whom he made several recordings and played in concerts abroad. He played and plays in several chamber groups: Quintetto di fiati Danzi (Wind Quintet), Duo Novecento, a flute and guitar ensemble (with Fabrizio Giudice, since 1989), with whom he won various national and international competitions; Ludus in fabula Ensemble (since 1995) and Ensemble Phonodrama, chamber music theater groups, with actor with wind quintet and actor with guitar, respectively. With these ensembles he performed in world premiers–pieces composed exclusively for the ensemble by composers such as: Andrea Basevi, Stefano Cabrera, Angelo Canepa, Franco Cavallone, Filippo Del Corno, Stefano Curina, Edoardo Lattes, Andrea Nicolini, Roberto Tagliamacco, Alessandro Timossi, Michele Trenti, Diego Valente. He recorded a CD of Rossini Ouvertures with the Quintetto di fiati Danzi, arranged by the Quintet itself. This was published, with the scores, by Edizioni Musicali Sinfonica. With Duo Novecento he recorded a CD of original compositions from the XX° Century for the Philarmonia record label. In 2017 he has realised, with Frédéric Zigante, the new edition of Sonatina op.205 for flute and guitar by Mario Castelnuovo-Tedesco for Max Eschig Editions. He frequently collaborates with various Drama Theaters giving live performances and recording musical scores, particularly the Teatro Nazionale di Genova.
He also recorded for Splas(h), Koch Records, Devega e ABE. He has also made radio and TV recordings for R.A.I. (Radio Televisione Italiana).
In the field of education, he has successfully passed the Italian National Selection Process and Examinations that qualify him to teach at the Conservatory of Music Flute and Chamber Music for wind instruments. He became a Professor of Chamber Music for Wind Instruments in 1994 and currently holds that position at the A.Vivaldi Conservatory in Alessandria.

Riccardo Guella
He has kept recital in different countries such as United States, China, Spain, as soloist and in chamber music ensemble. He graduated first at the Conservatory of Alessandria in the class of Lucio Dosso and then completed his studies in Lucca under the guidance of Giampaolo Bandini with full marks and honors. He attended as active student the Master of Guitar Interpretation in Alicante where he has the opportunity to study with top player such as David Russell, Manuel Barrueco, Pepe Romero, Ignacio Rodes, Sergio Assad e Odair Assad.
He has attended another Master in Guitar Interpretacion organized at the conservatory of Parma studying with Stefano Grondona, Lorenzo Micheli and others.
He studied at the Accademia Chigiana in Siena as active player in the class of Maestro Oscar Ghiglia.
He has deepened ancient and baroque music with Massimo Lonardi and Paul O’Dette. During his academic career he plays in several masterclasses for teacher like Eliot Fisk, Fabrizio Giudice, Manuel Barrueco, Eduardo Fernandez, Fabio Zanon, Marcin Dylla, Ricardo Gallèn, Zoran Dukic, Leo Brouwer, Tilman Hoppstock.
He has a didactic guitar program in Lavagna(Genoa) at the Scuola Franco Pucciarelli and he works in the middle and High schools as guitar teacher.
Since 2017 he has been the founder and artistic director of the Festival “Sei Corde al Castello” in Genova with the aim to promote classical guitar, the guitar luthiery and the young players.
He plays a guitar built by the argentinian luthier Santiago de Cecilia in the 2017.