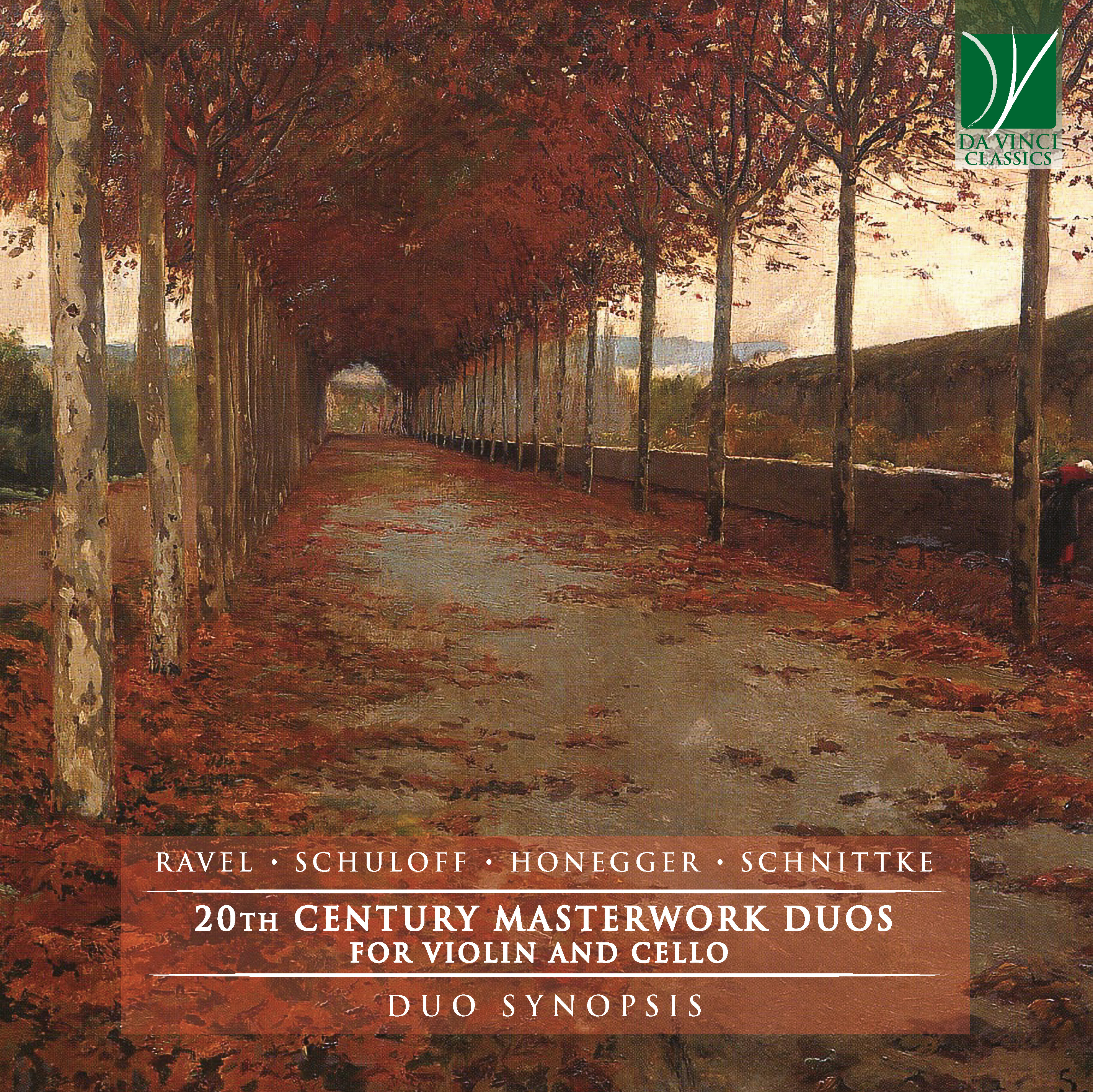 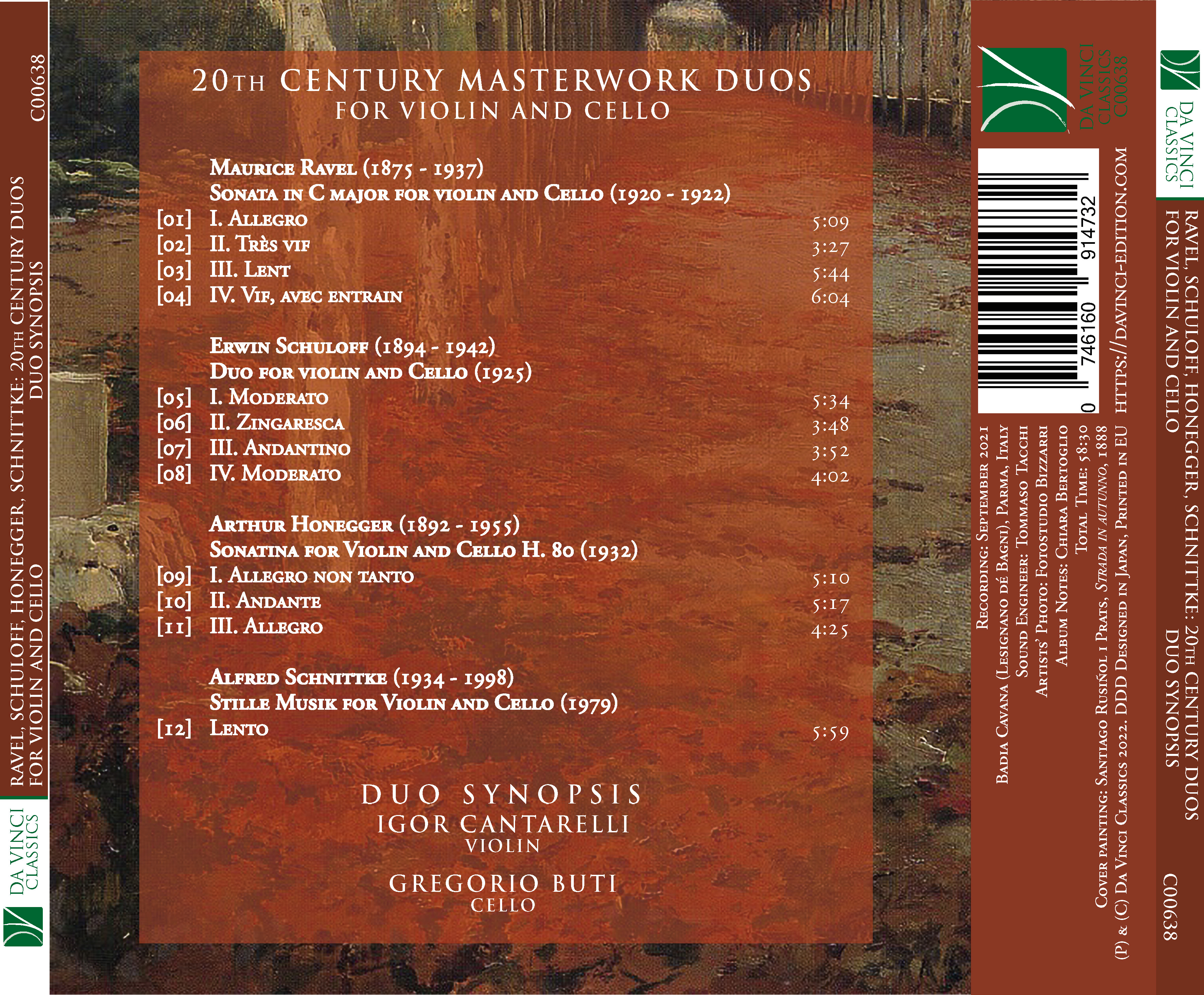 The Duo Synopsis was formed in 2006 after years of collaboration in the field of chamber music between the violinist Igor Cantarelli and the cellist Gregorio Buti.

The Duo has also joined several ensembles in particular as members of the Classical Quartet "Ensemble Symposium" and the "Überbrettl Ensemble". With “Ensemble Symposium” the Duo Synopsis was invited in 2015 to the prestigious Berlin Festival “Tage für Alte Musik” and have recorded for Brilliant Classic. Together with the "Überbrettl Ensemble" the Duo has performed all over the world in the most important institutions such as Wiener Festwochen, Nice Opera House, "Parco della Musica" in Rome, Ravenna Festival, Monteverdi Cremona Festival.

The Duo’s repertoire ranges from ancient music played on original instruments to the most important works of the twentieth century and contemporary works including pieces composed expressly for the Duo.

Erwin Schuloff
(Czech: Ervín Šulhov; 8 June 1894 – 18 August 1942) was an Austro-Czech composer and pianist. He was one of the figures in the generation of European musicians whose successful careers were prematurely terminated by the rise of the Nazi regime in Germany and whose works have been rarely noted or performed.