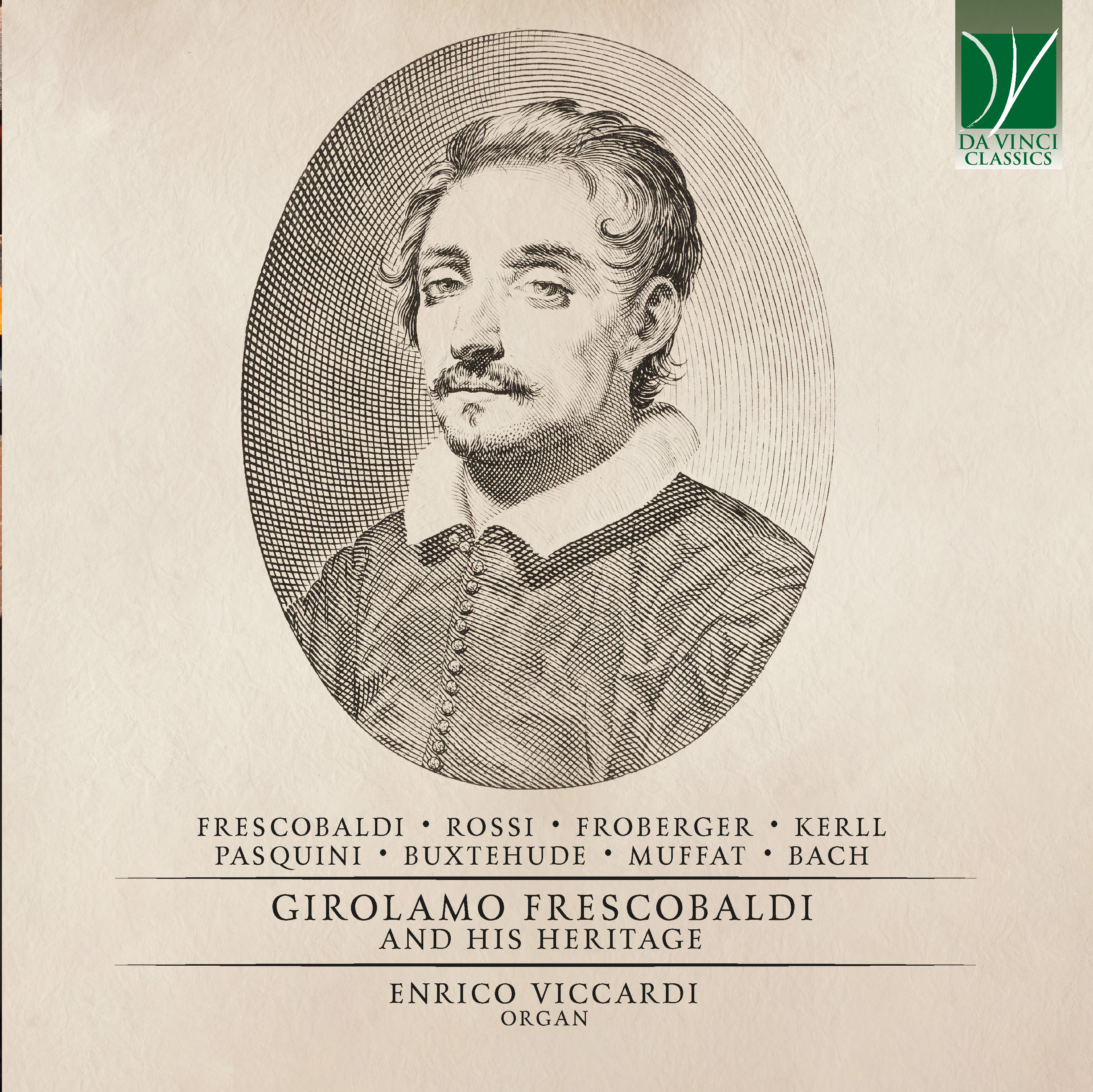 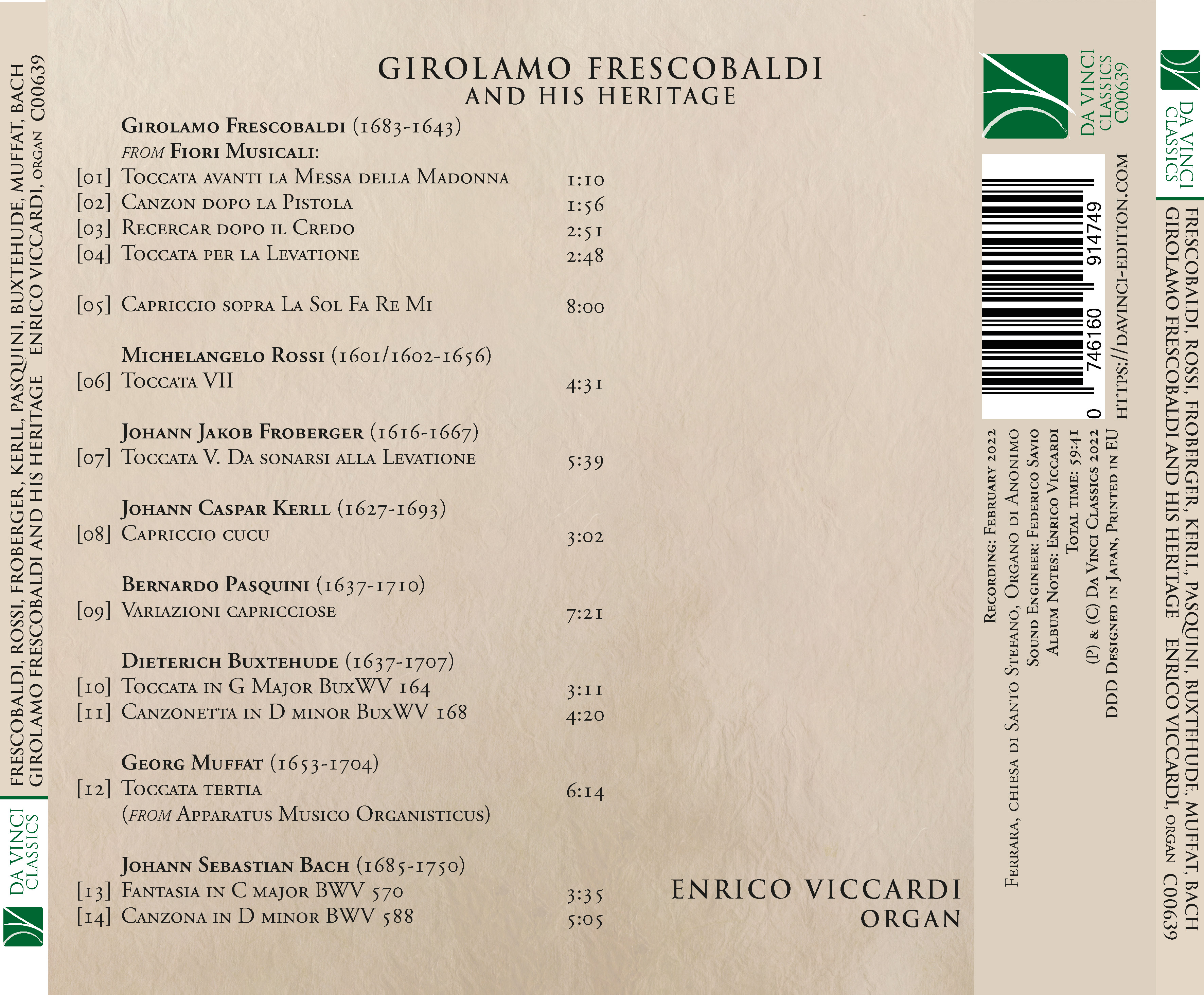 Girolamo Frescobaldi and His Heritage

Girolamo Frescobaldi and his heritage

Enrico Viccardi: Born in 1961, He received his diploma in Organ and organ Composition with first-class standing from the Conservatory of Piacenza, studying under Giuseppina Perotti. He then perfected his skills with Michael Radulescu at the Hochschule für Musik in Vienna. He has also attended numerous Master classes with qualified teacher (E.Fadini, C.Tilney, J.Langlais, D.Roth), especially those held by L.F.Tagliavini at the Italian Music Academy for Organ in Pistoia. His concert performances has taken him to numerous important cities in Italy and abroad (Portugal, Spain, Andorra, France, Switzerland, Austria, Germany, Slovakia, Slovenia, Poland, Sweden, Great Britain, Kazakhstan, Uruguay) with a special interest in using and promoting the rich patrimony of historical instruments. He has also worked as a continuo player with prestigious ensembles such as the Italian Swiss Radio Choir, the Ensemble Vanitas, the Sonatori of Gioiosa Marca with conductors such as René Clemencic, Fasolis Diego, Giuliano Carmignola. He has recorded CDs for the labels Bottega Discantica, Divox Antiqua and Dynamics. For the label Fugatto has recorded different CDs, a DVD devoted to organ masterworks of J.S.Bach and began the project of recording in CD of the complete organ works by J.S.Bach on italian ancient and modern instruments (both awarded with five stars by the magazine Musica). Recent is the recording of the Art of the Fugue on the Mascioni organ in Giubiasco for the Radio of Italian Switzerland. He recorded for the dutch label Brilliant the organ works by Tarquinio Merula on the Chiappani Organ (1647) of Mezzana Casati (LO, Italy) and the complete works for organ and harpsichord by Bernardo Storace as well. A CD with compositions by Frescobaldi recorded on the Antegnati (1580)/Giani (2015) organ in the monastery of San Pietro in Lamosa in Provaglio d'Iseo (BS) appeared recently. He has held master classes in Italy, Spain, Portugal, Germany, Sweden and Kazachstan. He teaches organ at the Marc’Antonio Ingegneri association in Cremona; artistic director of the Organ Autumn in the Province of Lodi and of the festival “Percorsi d'Organo in Provincia di Como”, is president of the music association Accademia Maestro Raro in Casalpusterlengo. He teaches Organ and organ Composition at the Conservatory of Parma.
(www.enricoviccardi.com)

Girolamo Frescobaldi: (b Ferrara, bap. mid-Sept 1583; d Rome, 1 March 1643). Italian composer and keyboard virtuoso. He was one of the greatest keyboard composers of the first half of the 17th century.