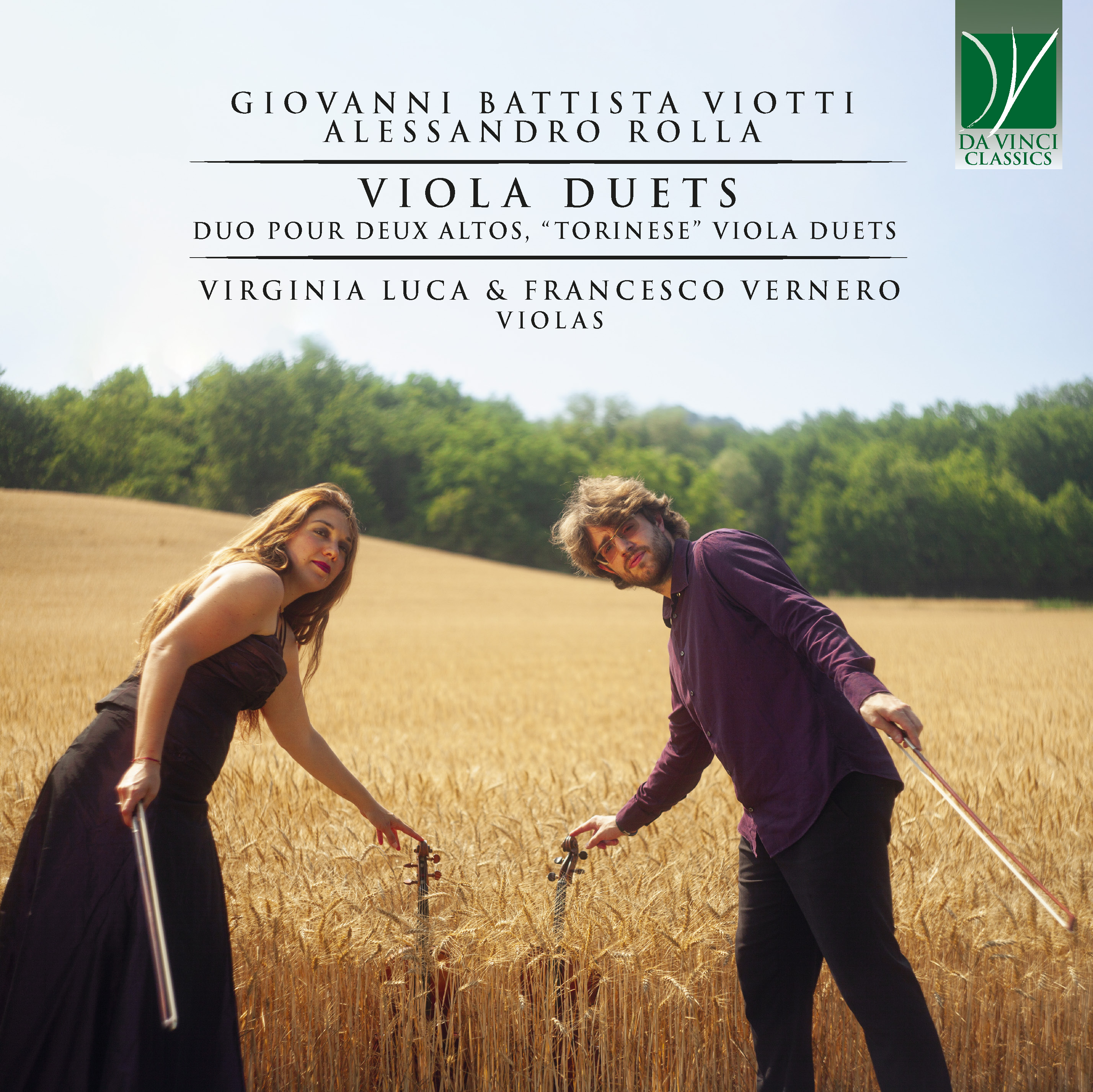 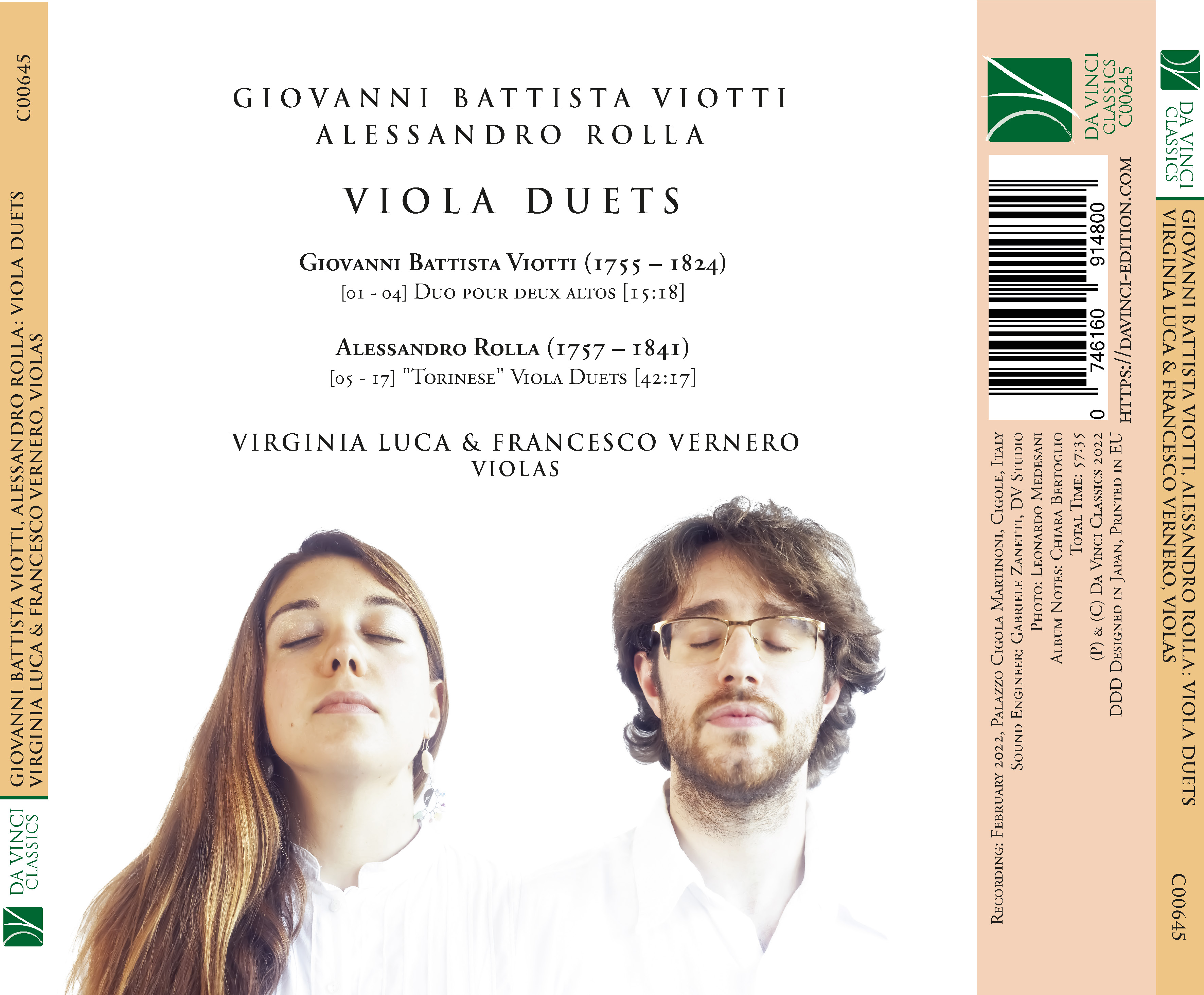 Virginia Luca and Francesco Vernero’s musical path begins and closely connects in their youth, at Conservatory G. Verdi in Turin, where they both graduate in violin, in the classes led by E. Oddone and S. Lamberto, and later in viola, guided by M. Righini and E. Massimino. Afterwards Francesco studies in Milan with S. Braconi; Virginia studies instead in Lugano at the Conservatory of Svizzera Italiana with Y. Gotlibovich. They soon obtain prizes and awards:
in 2014 Francesco got the scholarship “Master dei Talenti Musicali”, donated by Fondazione CRT in cooperation with the Conservatory of Turin and in the same year he became the violist of Quartet Maurice, performing an intense concert activity both in Italy and abroad and winning important awards such as XXXV “Premio Abbiati”, “Premio Piero Farulli” and the Stipendium Preis by the Ferienkurse in Darmstadt in 2016.
In 2012 Virginia got the scholarship Crescendo in Musica donated by the Philarmonic Orchestra of Turin and Fondazione CRT and thanks to this donation she performed with Archi della Filarmonica and as a solo performer. In 2013 Virginia founded the Trio Quodlibet, a string trio, performing with them in important national and international festivals, and obtaining many awards such as the Secondo Premio Tina Anguissola Scotti at Valtidone International Chamber Music Competition in 2016, the Secondo Premio at the chamber music competition Massimiliano Antonelli in Latina in 2018, the scholarship “Lili Comparini” donated by Dott. Comparini in cooperation with Dimore del Quartetto and the Diploma d’Onore at Accademia Chigiana in Siena for two years in a row.
From 2018 on, Francesco collaborates as first chair viola with the Marchigiana Philarmonic Orchestra and with the same role, from 2013 on, he also collaborates with the Philarmonic Orchestra in Turin with Virginia as second viola. They have also collaborated different times with Teatro Regio Orchestra and the Filarmonica TRT. Furthermore, they both share the same passion for contemporary music. Since 2017, Francesco with his quartet and Virginia collaborate with Sentieri Selvaggi directed by C. Boccadoro. R. Perugini composed Astigma, written and dedicated to their duet.
Virginia and Francesco share the same passion and love for viola and for chamber music and they have decided to give life to their friendship and also musical friendship, exploring the musical repertorie with their viola, by starting this project together.

Alessandro Rolla (b Pavia, 23 April 1757; d Milan, 14 Sept 1841). Italian composer, violinist and viola player. He studied counterpoint in Milan with G.A. Fioroni, a pupil of Leonardo Leo. Having decided to devote himself to the viola, he performed a viola concerto of his own in the church of S Ambrogio at some time between 1772 and 1774, probably under the direction of G.B. Sammartini, and in 1778 he played the viola in the orchestra for the inauguration of the Regio Ducal Teatro alla Scala. In 1782, possibly thanks to Sarti, he was appointed first viola player in the Parma orchestra, becoming its leader and conductor in 1792. In 1802, on the death of the Duke of Parma, he was summoned by the impresario Ricci to conduct the La Scala orchestra, where he remained until 1833, directing operas by Mozart, Mayr, Paer, Rossini, Bellini, the young Donizetti and Mercadante. He also served as first violinist and conductor of the court orchestra of Viceroy Eugenio di Beauharnais from 1805, and from 1808 to 1835 he was first professor of violin and viola at the newly opened Milan Conservatory.