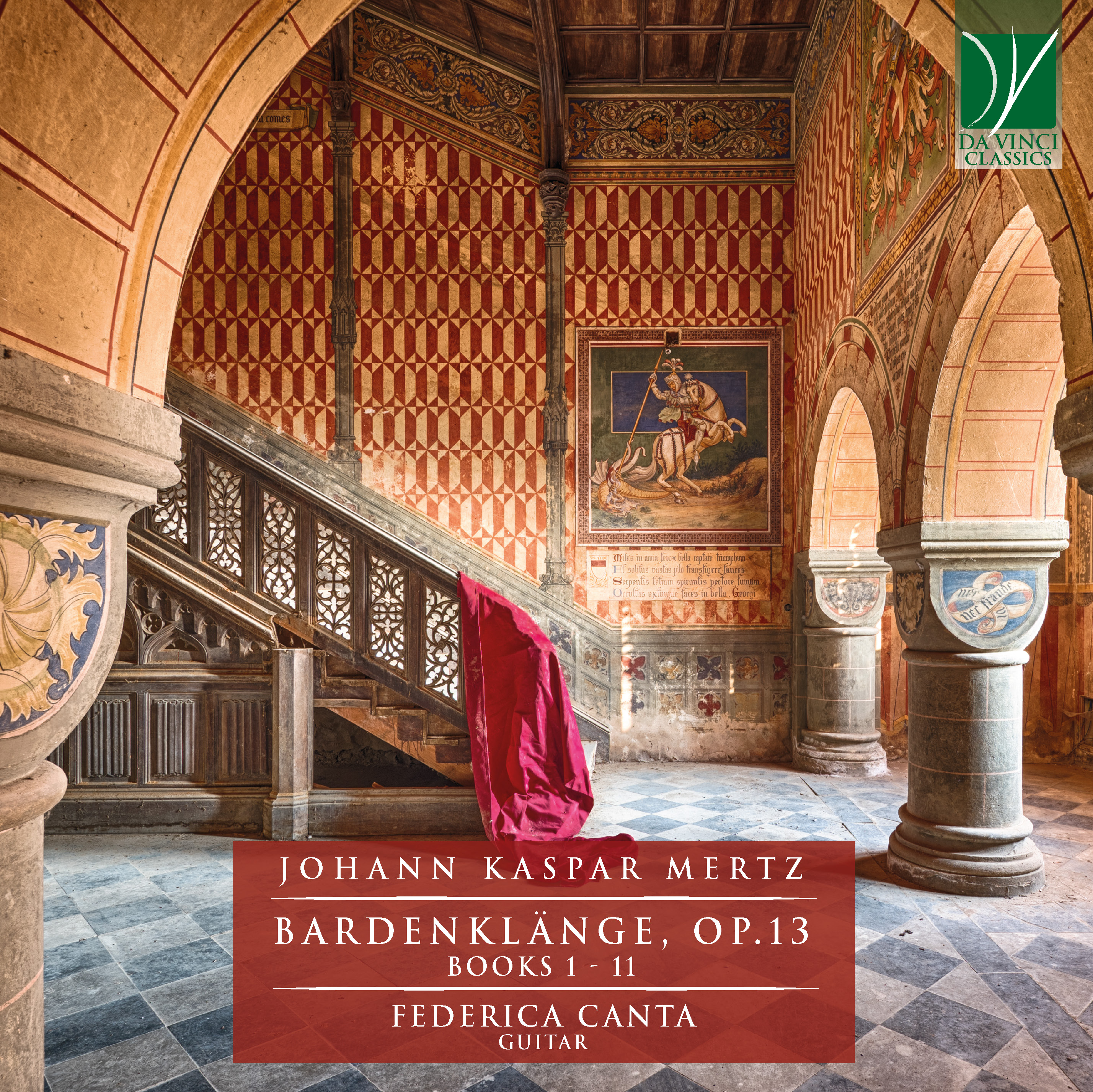 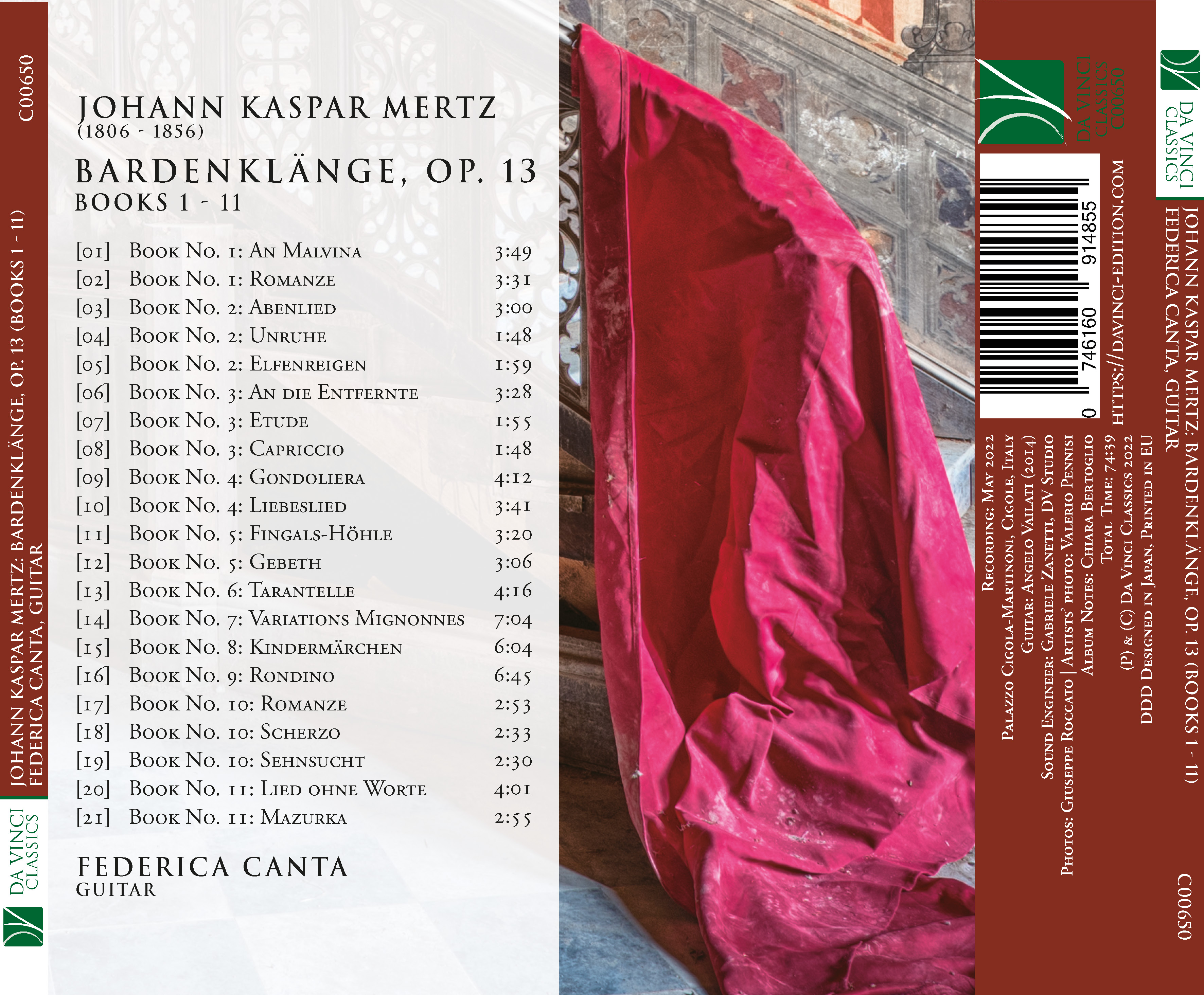 Federica Canta: Born in Milan in 1991, Federica Canta discovered the classical guitar world at the age of ten.
Following her Cum Laude graduation at the “G. Verdi” Conservatory in Milan with Paolo Cherici (June 2013), she studied with Francesco Biraghi in the same institution, obtaining the Second Level Academic Degree with highest marks Laude and Honors (October 2016) with the Recital and the written thesis “Italian Capricci through the centuries”. In June 2017 she got her Master in Performance Practice with High Distinction at the Koninklijk Conservatorium of Brussels, where she studied with Antigoni Goni, and a Postgraduate in Music in June 2018.
Between 2010 and 2013 she attended the prestigious “Giulio Regondi Guitar Academy” in Milan with Andrea Dieci and Bruno Giuffredi. Federica has attended masterclasses given by Giulio Tampalini, Lorenzo Micheli, Matteo Mela, Carlo Marchione, Elena Papandreu, Margarita Escarpa, Pavel Steidl, Marcin Dylla, Leo Brouwer, Sergio and Odair Assad. During her concert activities, she focused her attention on the romantic repertoire for guitar, on modern and historical instruments too, stimulated by the profound passion of her teacher Francesco Biraghi. In 2014 she played in the big hall of the Conservatory G. Verdi in Milan for the production “Don Pasquale” by G. Donizetti and in September 2018 she collaborated with the Academy Orchestra of Teatro alla Scala in Milan for the Opera “Alì Babà” by L. Cherubini.
Federica performed for some of the most important Guitar Societies in Italy, Belgium, Germany and United States.

Caspar Joseph Mertz (baptised Casparus Josephus Mertz)[1] was born in Pressburg, now Bratislava (Slovakia), then the capital of the Kingdom of Hungary and part of the Austrian Empire. He was active in Vienna (c.1840–1856), which had been home to various prominent figures of the guitar, including Anton Diabelli, Mauro Giuliani, Wenceslaus Matiegka and Simon Molitor. A virtuoso, he established a solid reputation as a performer. He toured Moravia, Poland, and Russia, and gave performances in Berlin and Dresden. In 1846 Mertz nearly died of an overdose of strychnine that had been prescribed to him as a treatment for neuralgia. Over the following year he was nursed back to health in the presence his wife, the concert pianist Josephine Plantin whom he married in 1842. Some speculation may lead one to the conclusion that listening to his wife performing the romantic piano pieces of the day during his period of recovery may have had an influence on the sound and unusual right hand technique he adopted for the Bardenklänge (Bardic Sounds) op. 13 (1847).

Mertz’s guitar music, unlike that of most of his contemporaries, followed the pianistic models of Chopin, Mendelssohn, Schubert and Schumann, rather than the classical models of Mozart and Haydn (as did Sor and Aguado), or the bel canto style of Rossini (as did Giuliani). Though the date of his birth indicates that that was the logical influence, since Sor was born in 1778, Aguado in 1784 and Giuliani in 1781 while Mertz in 1806, a difference of about 25 years.

The Bardenklänge are probably Mertz’s most important contribution to the guitar repertoire – a series of character pieces in the mould of Schumann.