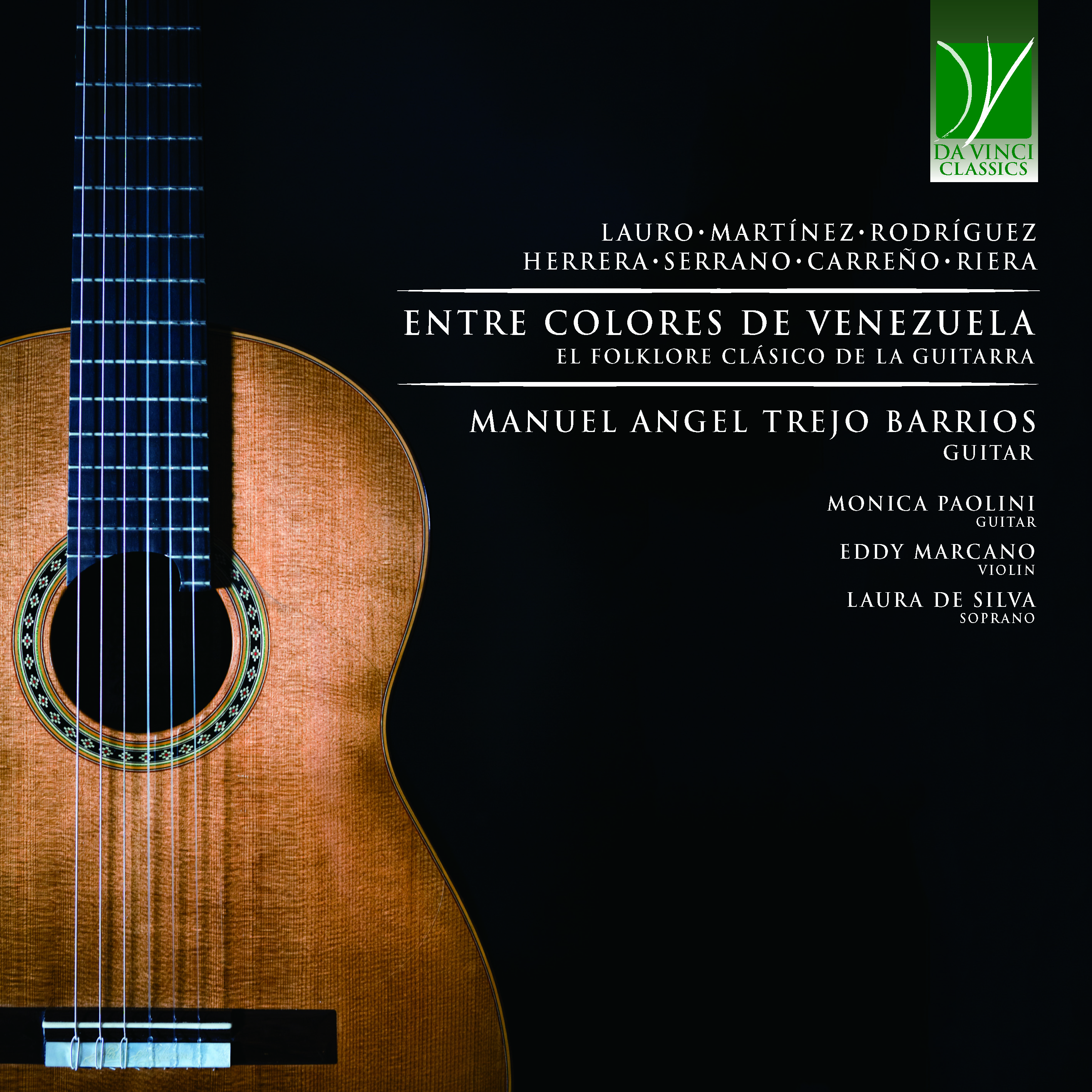 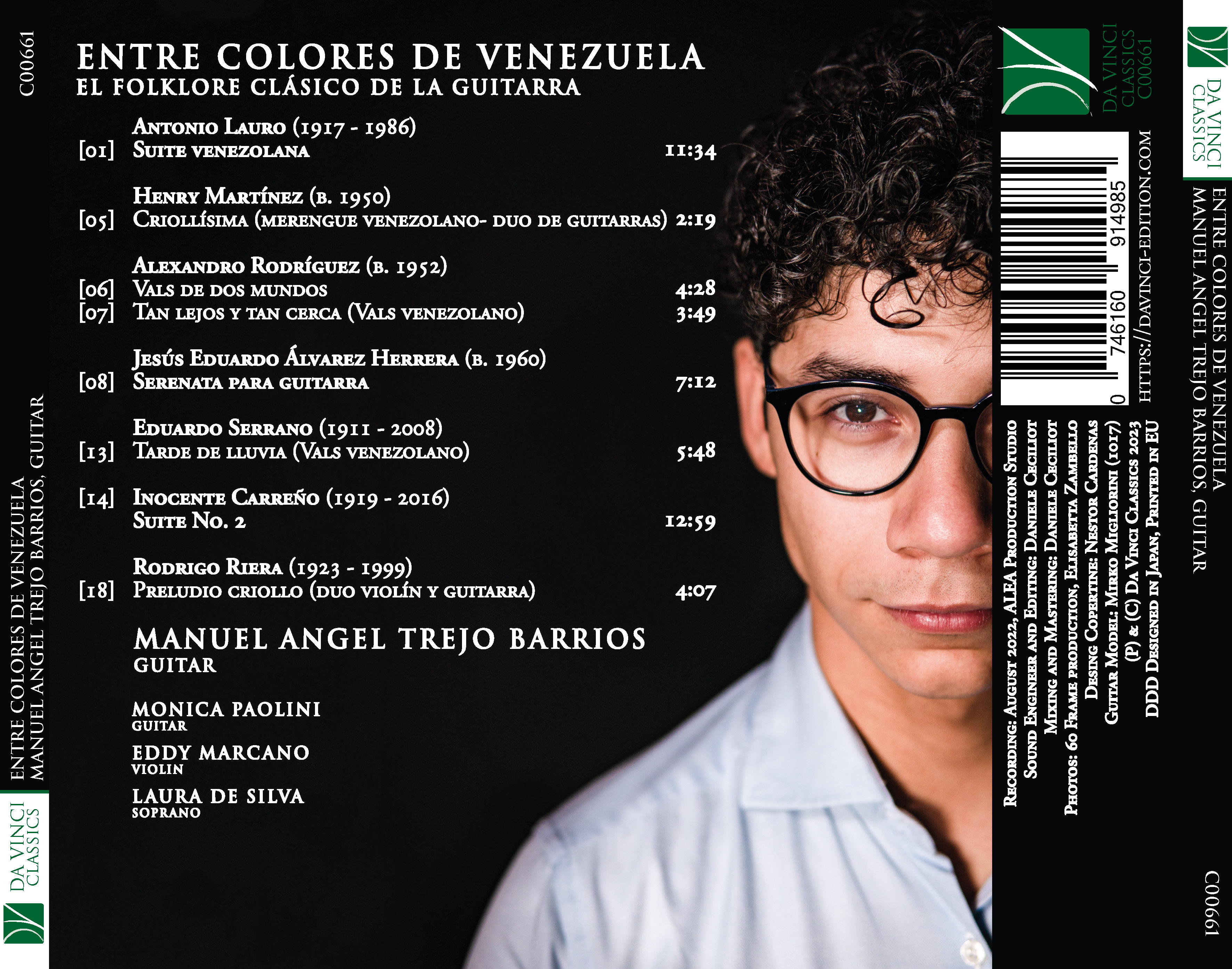 Manuel Angel Trejo Barrios
Born in Venezuela (1997) Manuel Angel Trejo Barrios began his musical studies within El Sistema Nacional de Orquestas Simon Bolivar in Caracas, under the guidance of the Dutch teacher Franka Verhagen when he was 14 years old.
In 2015 he attended the Universidad Católica Cecilio Acosta “UNICA”, in Maracaibo, where he studied chamber music, participating to a large guitar ensemble specialized in the Venezuelan folklore. At that time he collaborated with El Cuarteto in several master classes.
During the summer of 2017 he moved to Italy to continue his academic studies at the Conservatory of Music in Rovigo, where he actually attends a Master in Classical Guitar with the professor Monica Paolini. In 2019 he participated in several festivals as the "Festina Lente", "Federico Cesi" and "Latinamerican cultural week" in New York, where he received different awards.
He attended master classes with various European guitarists such as S. Palamidessi, L. Kuropaczewski, J. Fostier, C. Marcotulli, M. Socias, L. Michelli and he is actually attending Pablo Márquez´s classes since the winter of 2021 in Basel, Switzerland.

Antonio Lauro: (b Ciudad Bolívar, 3 Aug 1917; d Caracas, 18 April 1986). Venezuelan guitarist and composer. He originally studied the piano at the Caracas Conservatory but later changed to the guitar after hearing the Paraguayan guitarist Agustín Barrios. He wrote works for a wide variety of media, but it is those written and arranged for the guitar that have enjoyed international fame. His output, much of which was published only in his last years, included a concerto, a sonata, Suite Venezolano and Suite, Homenaje a John Duarte; but he is particularly identified with his numerous Valses venezolanos, characterized by rhythmic vitality, teasing hemiolas and lyrical melody. For some years Lauro was a member of the folk music trio Los Cantores del Trópico.

Inocente Carreño
(b Porlamar, 28 Dec 1919). Venezuelan composer. In 1932 he entered the Escuela de Música y Declamación (later the José Angel Lamas School of Music), Caracas. In 1940 he began to study composition with Vicente Emilio Sojo, graduating in 1946. As a student and collaborator of Sojo, he contributed to the first professional music ensembles of the Venezuelan modern era. He was a guitarist with the Trio Caribe, promoting Venezuelan popular forms; played trumpet and horn, also conducting occasionally with the Venezuela SO; and was a singer and choral arranger with the Orfeón Lamas. He continued to compose and arrange popular genres as he began his career as an academic composer.

He taught harmony at the Lamas School (from 1945) and founded the Prudencio Esáa School of Music (1970). In 1954 his Margariteña, which was to become one of the emblematic compositions of the Venezuelan nationalist period, received its première at the First Latin American Music Festival of Caracas. Since then he has became one of the most prominent figures of the Venezuelan establishment, having held advisory positions in the Ministry of Culture and won many composition prizes, including the National Music Prize (1989).

Like other students of Sojo, Carreño was as a member of the nationalist school of Santa Capilla, or school of Caracas. With only occasional nods towards modernist techniques, he has maintained a nationalist aesthetic throughout his career. His style is characterized by neo-classical forms, effective post-Impressionist orchestration and enchanting melodic flair, often inspired by the folk melodies of the island of Margarita where he was born.