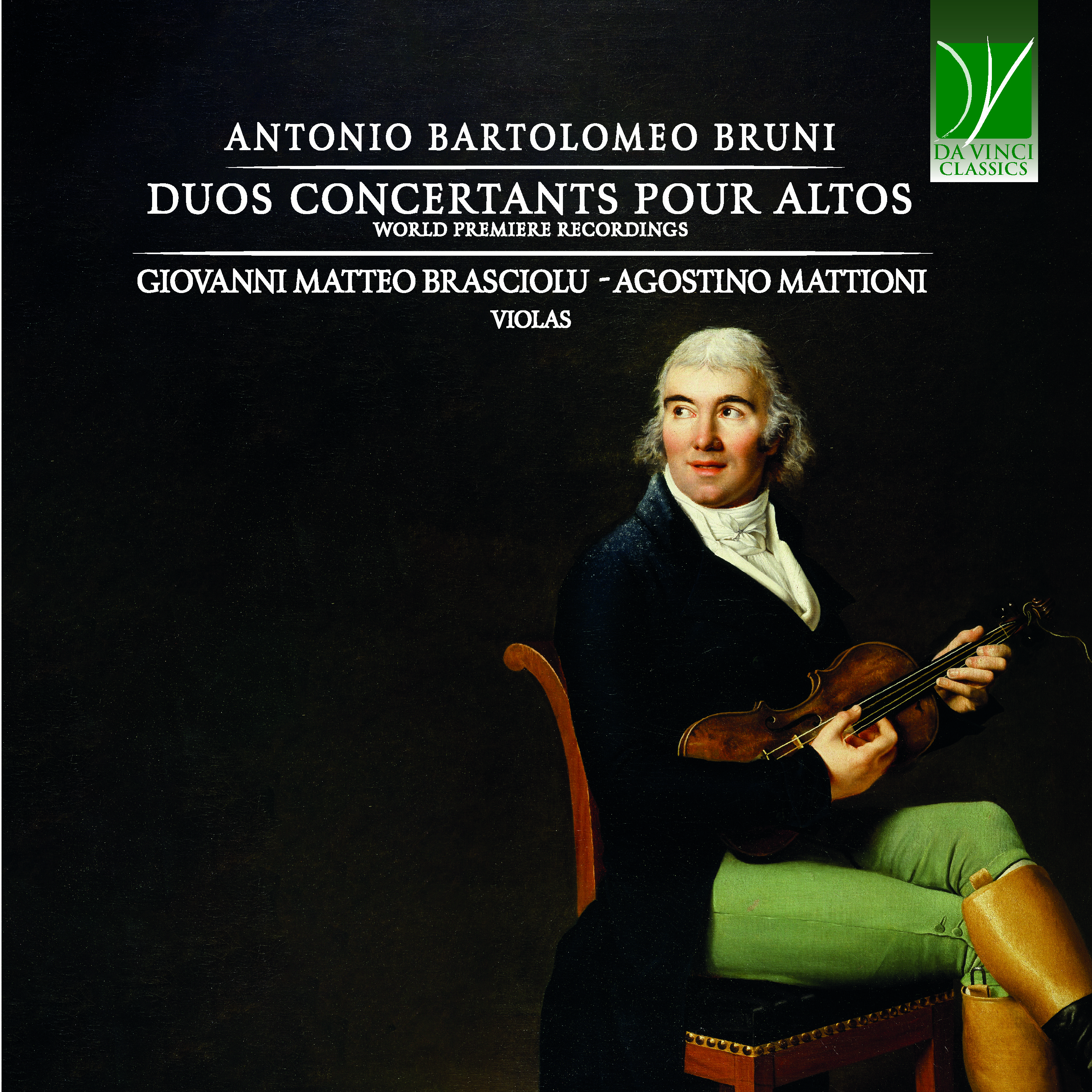 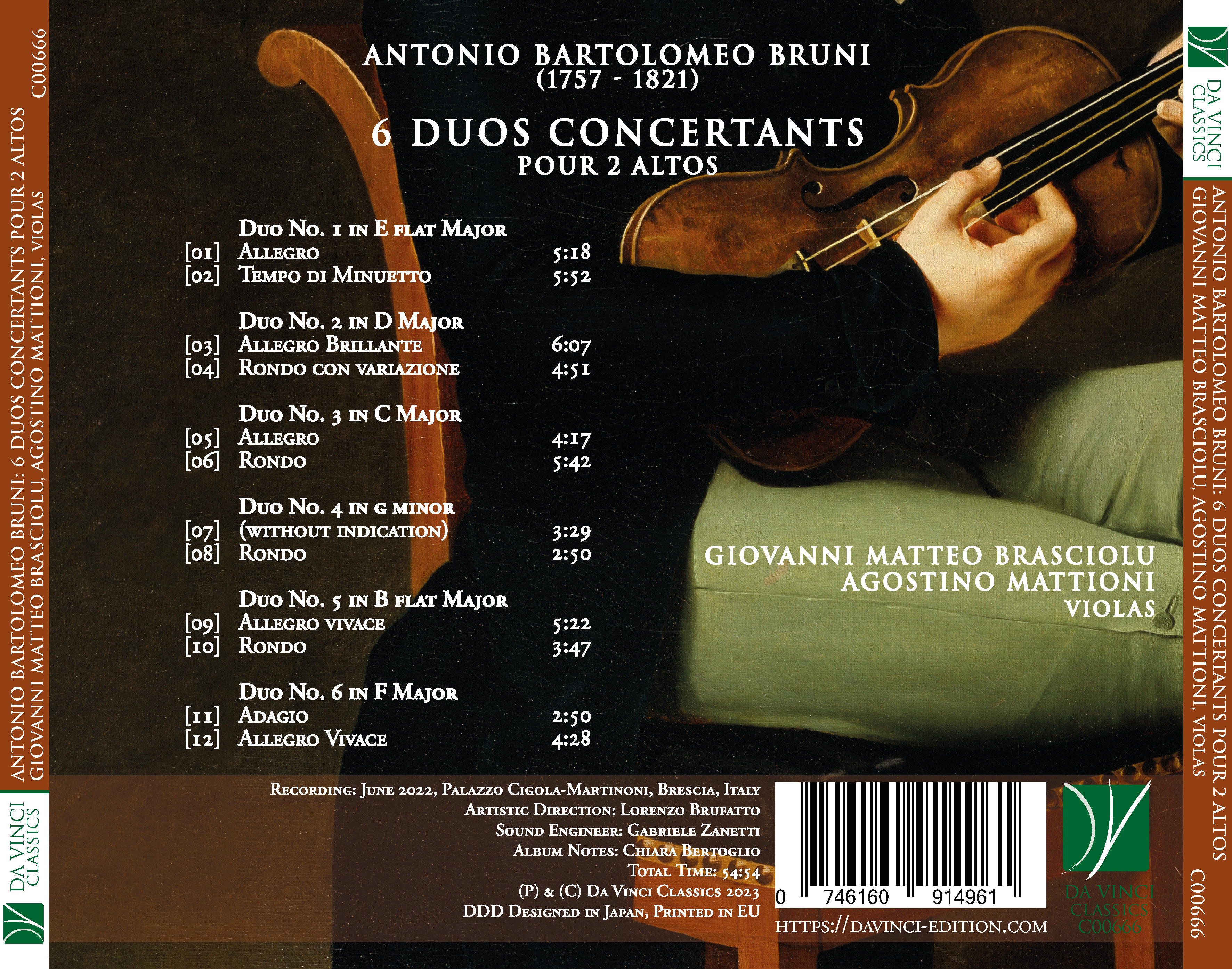 Agostino Mattioni is a member of the Orchestra Sinfonica Nazionale della Rai and prior to this he has collaborated with almost all of the main Italian Symphonic Opera Houses including “Teatro alla Scala” in Milan, the “Accademia Nazionale di Santa Cecilia” in Rome, and as principal viola with the “Orchestra della Toscana” and the “Orchestra Toscanini” in Parma. He has played with conductors such as Z.Metha, R.Muti, K.Petrenko, D.Gatti, F.Luisi, D.Harding and with soloists such as M.Argerich, A.Lonquich, L.Kavakos, P.Zukermann, H.Hahn, M.Maisky, A.Tamestit. He had the opportunity to play live on Rai Radio Tre in chamber music concerts at the prestigious “I concerti del Quirinale” in Rome, “Domeniche dell’Auditorium” in Turin and as a soloist in the prestigious MITO Season. He is a founder member of the Orchestra Archè in Pisa, in which he has been both an orchestra player and an organizer for several opera symphony seasons at the Teatro Verdi in Pisa and other Tuscan chamber music events. For years he played with the pianist Pierpaolo Vincenzi wherewith has received the first prize in the International Riccione Competition. His studies began with the violin at the Fiesole Music School and he was able to study with violinists such as M. Fornaciari, P. Vernikov, G. Franzetti and with violists like B. Giuranna, D. Rossi and S. Briatore. Furthermore he had specialized in and passionate about the classical philology of ancient music with L.Giardini, C.Chiarappa, G.Carmignola, V.Ghielmi and S.Montanari. He performed with the ‘Rossignolo’, ‘Ausermusici and ‘Modo Antiquo’ ancient music ensembles. He has recorded live for Radio Svizzera Italiana, for Amadeus music magazines, and for the Deutsche Grammophon, Naxos, Brilliant, EMA Vinci and Denon record companies. He has been teaching at the “Pietro Mascagni” Conservatory of Music in Livorno.

Giovanni Matteo Brasciolu
He is member of the Orchestra Sinfonica Nazionale RAI. After his Diplomas in violin and viola, both with full marks at the Conservatorio Giorgio Federico Ghedini in Cuneo under the tutelage of Bruno Pignata and Leopoldo Slamig, he continued his education at the Universität Mozarteum Salzburg with Peter Langgartner and at the Accademia Walter Stauffer in Cremona with Bruno Giuranna. In 2007 he receives the Full Scholarship "Master of talents" from the CRT Foundation. Winner of I° prize at the viola competiton "Rassegna per violisti Città di Vittorio Veneto 2007",  he wasfounding member of the Quartetto Lyskamm whereby he studies with the Artemis Quartett. As component of Lyskamm Quartet he wins I° prize at the chamber music competitions "Luigi Nono in Venaria Reale", "Carlo Mosso in Alessandria", "Guido Papini in Camaiore", and III° prize and special prize Bresso at "Chamber Musica competizion Città di Pinerolo". He collaborated as principal viola with the Orquesta Ciudad de Granada, the English National Ballet Orchestra of London, the orchestras of the Teatro Regio in Torino and Teatro Carlo Felice in Genova. Recently he takes part to the Quartetto Paganini (with guitar), historical italian ensemble created for the divulgation of the chamber music repertoire of Paganini.

Antonio Bartolomeo Bruni
(b Cuneo, 28 Jan 1757; d Cuneo, 6 Aug 1821). Italian violinist, composer and conductor, active in France. According to Fétis he studied the violin with Pugnani in Turin and composition with Speziani in Novara. He arrived in Paris in spring 1780, and on 15 May made his début as a violinist at the Concert Spirituel, performing one of his own concertos; the performance won considerable acclaim from the Mercure de France. In 1781 he joined the orchestra of the Comédie-Italienne. His first published work, a set of six violin duos, appeared in the following year and was soon followed by numerous other instrumental works, mostly for violin, and by the periodical collection Journal de violon (Baillon and Porro), on which Bruni collaborated. His first opera, Coradin, was performed at Fontainebleau in 1785 and in Paris the following year, and began a series of nearly 20 comic operas produced in Paris with considerable success over the next 15 years. In 1789 he was appointed by Viotti to the orchestra of the Théâtre de Monsieur as first solo violinist, and for a short time served as director of this orchestra, succeeding Mestrino, and of the orchestra of the Théâtre Montansier.