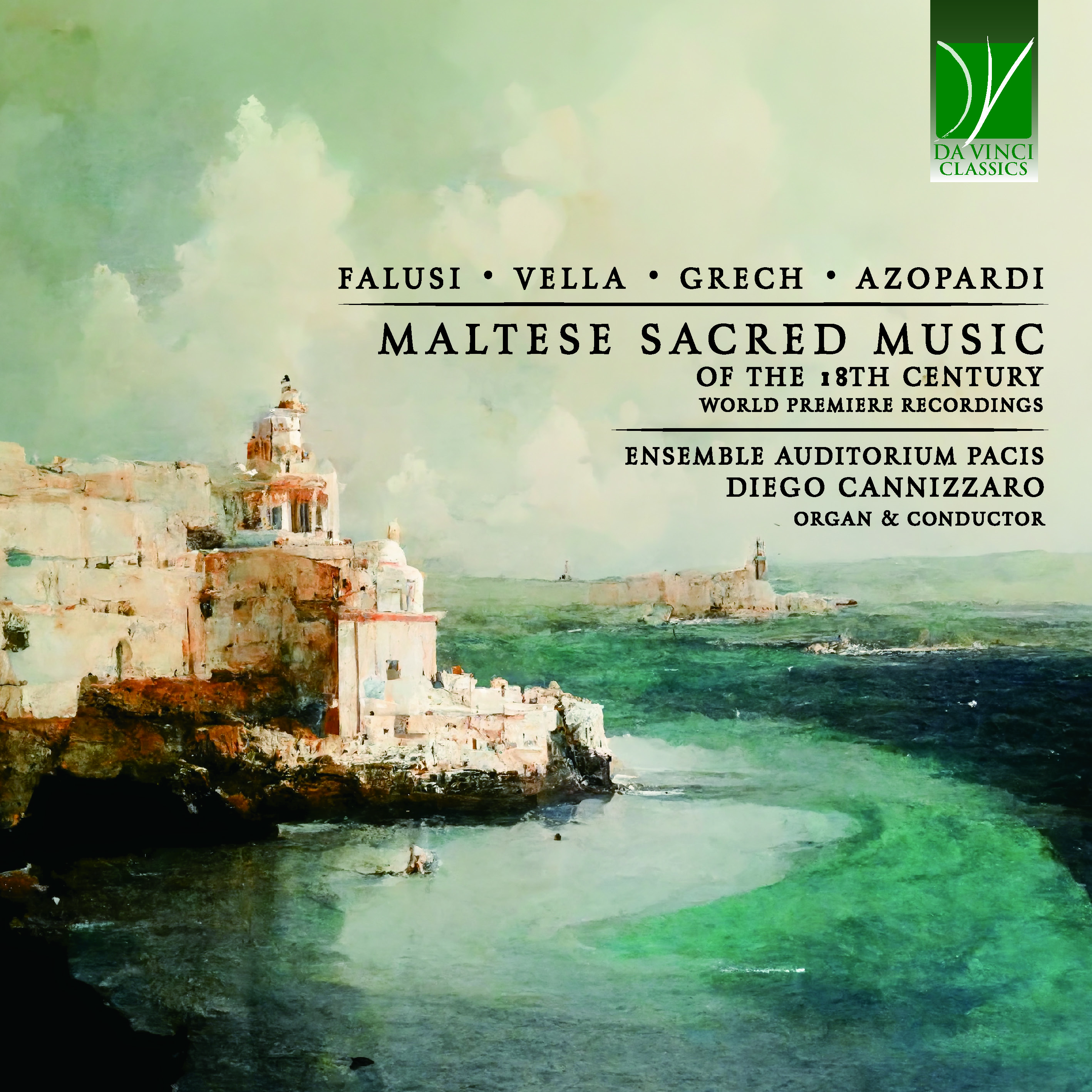 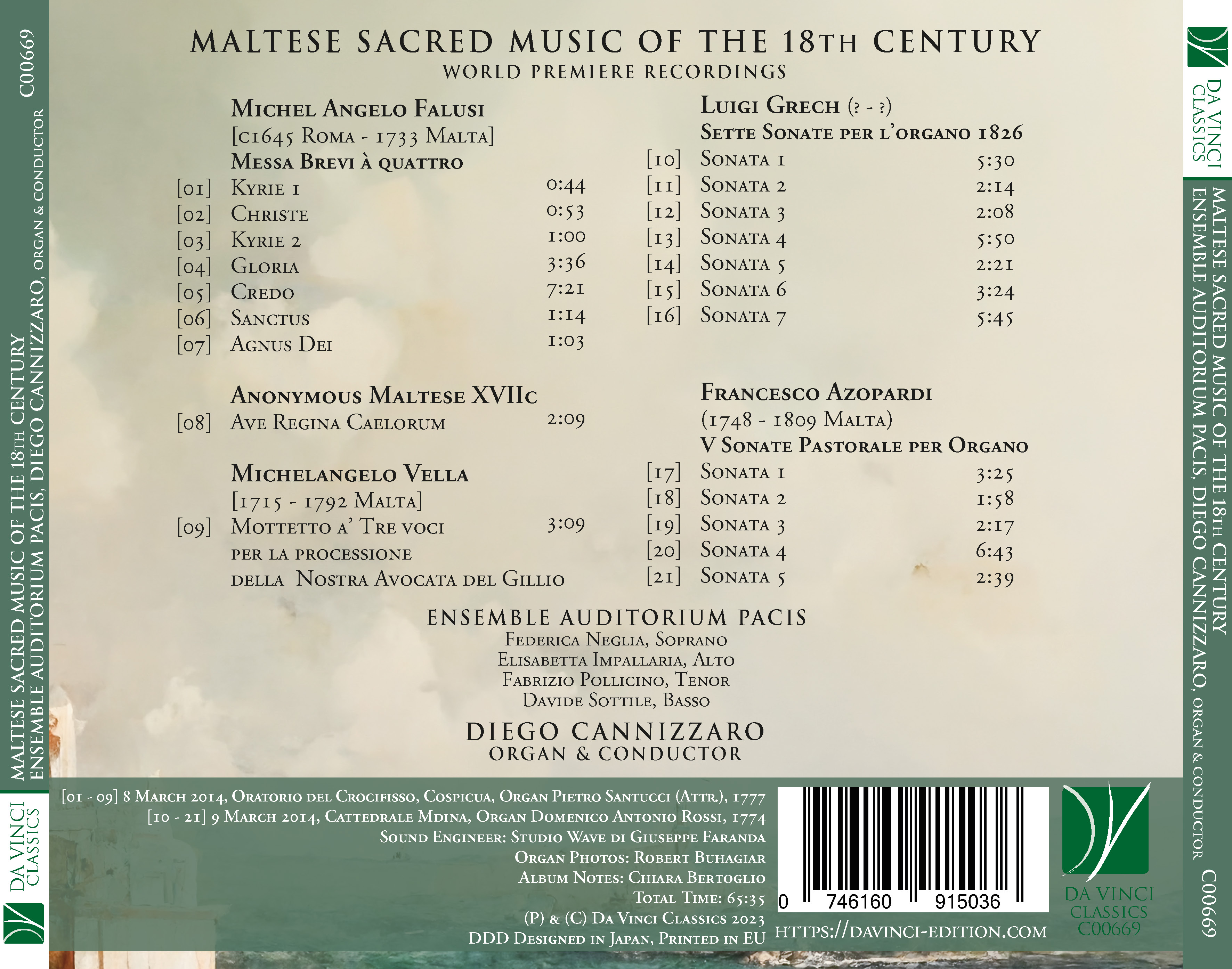 Diego Cannizzaro graduate in the year 1992 the degree in Italian's Literature in the University of Palermo (Italy), he also graduate the degree of Piano in the Conservatorium "Vincenzo Bellini" of Palermo and the degree of Organ and Organistic Composition in the Conservatorium "Francesco Morlacchi" of Perugia (Italy); successively study organ and harpsicord in Academy of Pistoia, North Germany Organ Academy (Bremen) and the University of Santiago de Compostela (Spain). Finally, he graduate the Ph D. in “History and analysis of the musical cultures” in the University “La Sapienza”, Rome with a dissertation about “The music for organ and harpsichord in the kingdoms of Naples and Sicily in the XVI and XVII centuries”.
Honorary inspector of historicals organs in Sicily, organ teacher in the conservatory of Caltanissetta, organist in Cefalù,s Cathedral and artistic director of “In tempore organi” festival (historical organs in Sicily), Diego Cannizzaro is invited teacher in conservatory of Madrid, conservatory of St. Petersburg (Russian) and others . Diego Cannizzaro participated to importants organ’s internationals festivals in all Europe and U.S.A. He recorded many compact-disc, a monographs about the organ works of Filippo Capocci (XIX century), Giovanni Salvatore (XVII century), Pietro Vinci (XVI) in first mondial recording, the integral recording of Pietro Alessandro Yon organ music and, as organist and conductor, the integral of the Church Sonatas of W. A. Mozart.

Francesco Azopardi [Azzopardi]
(b Rabat, 5 May 1748; d Rabat, 6 Feb 1809). Maltese composer, organist and theorist. After early studies with Michel'Angelo Vella, he entered the Conservatorio di S Onofrio a Capuana on 15 Oct 1763 as a convittore to study under Carlo Contumacci and the German Joseph Doll. He left in 1767 but stayed on as maestro di cappella in Naples and continued to study with Niccolò Piccinni, who is said to have esteemed him greatly. In summer 1774, following an advantageous offer from Mdina Cathedral, he returned permanently to Malta as Cathedral organist with the right to succeed the then maestro di cappella, Benigno Zerafa. His growing interest in pedagogy resulted in Il musico prattico on the art of the counterpoint, published in the form of French translations and introduced as a textbook in Paris by A.-E.-M. Grétry: Cherubini based the 19th chapter of his treatise Cours de contrepoint (1835) on its analysis of imitation. His students included the composers P.P. Bugeja, Nicolò Isouard and Giuseppe Burlon (1772–1856). Zerafa's failing health led to Azopardi's appointment in 1785 as substitute maestro, with an increased salary; he inherited the full title in March 1804.

Falusi, Michele Angelo
(b Rome; fl 1683–4). Italian composer. He was a Minorite and a doctor of theology. In 1683–4 he was maestro di cappella of the church of the SS Apostoli, Rome. He published Responsoria Hebdomadis Sanctae, for four voices and organ, op.1 (Rome, 1684), and a motet for four voices and continuo appears in an anthology (RISM 16831).

Vella, Michel’Angelo [Michaele Angelo]
(b Senglea, Malta, 7 Nov 1710; d Cospicua, Malta, 25 Dec 1792). Maltese composer and teacher. From boyhood, he was intended for the Catholic priesthood. On 14 July 1730 he left Malta for Naples to study at the Conservatorio Pietà dei Turchini with the primo maestro Nicola Fago, the secondo maestro Andrea Basso, and after 1734 also with Leonardo Leo. He returned to Malta in early 1738, where he undertook the duties of a priest and established himself as a maestro di musica. The first truly influential Maltese teacher, he reformed music education, fighting indifference and technical incompetence, and bringing it into line with developments in Naples. His students included Salvatore Magrin, Giuseppe Burlon, Antonio Freri, Francesco Azopardi and Nicolò Isouard. As an organist and maestro di cappella he accepted numerous temporary commissions in the most important Maltese churches before obtaining permanent employment in 1762 at the parish church of Cospicua. His extant works reveal contrapuntal craftsmanship, and his concern with the place of plainchant in an era of rapid musical innovation is evident in his sacred works. In the introit Salve sancta parens, for example, the tight, fugally-treated three-subject antiphon is followed by the psalm verse and Gloria in the second tone. The antiphon is then repeated. Fétis erroneously gives Vella’s name as P. de Vella.