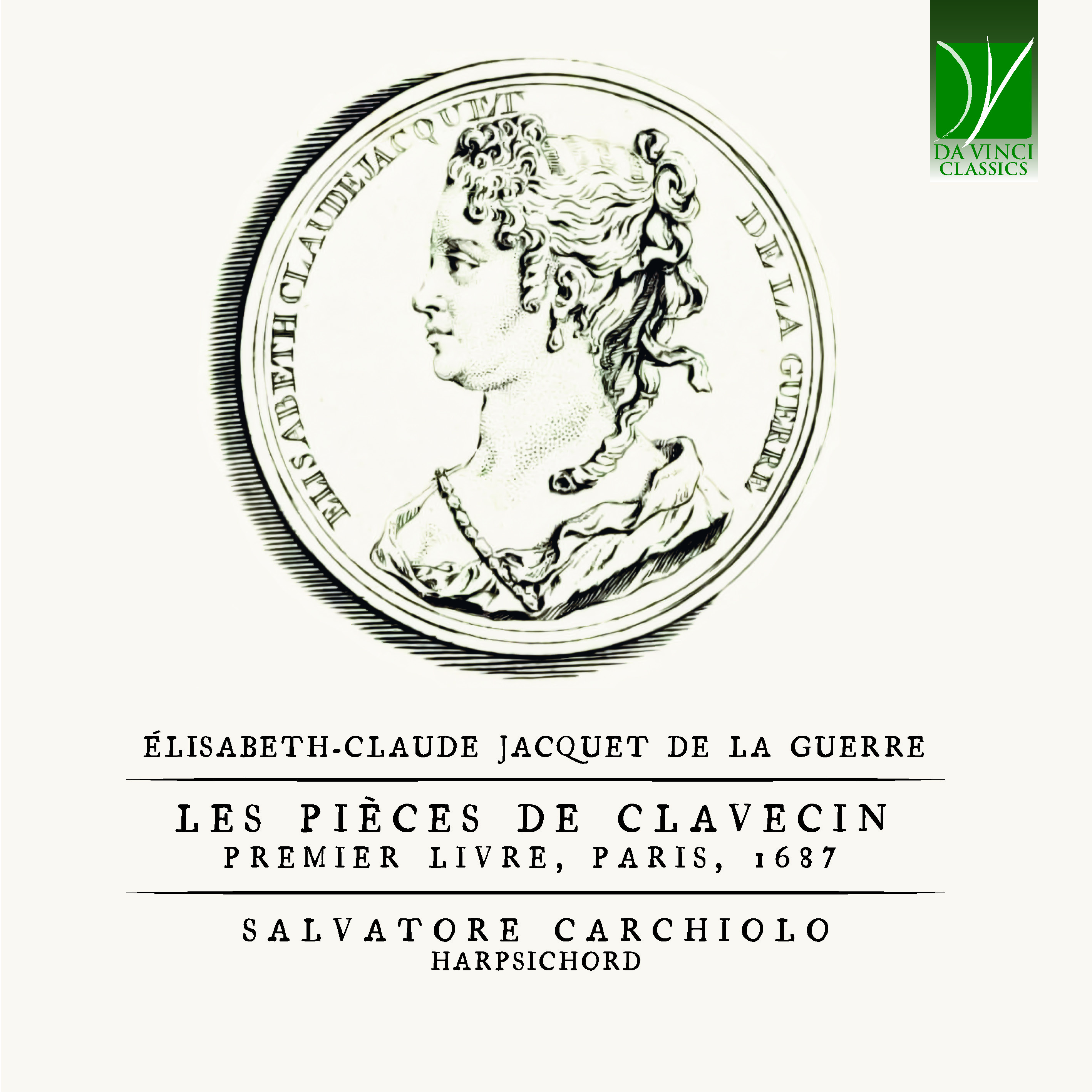 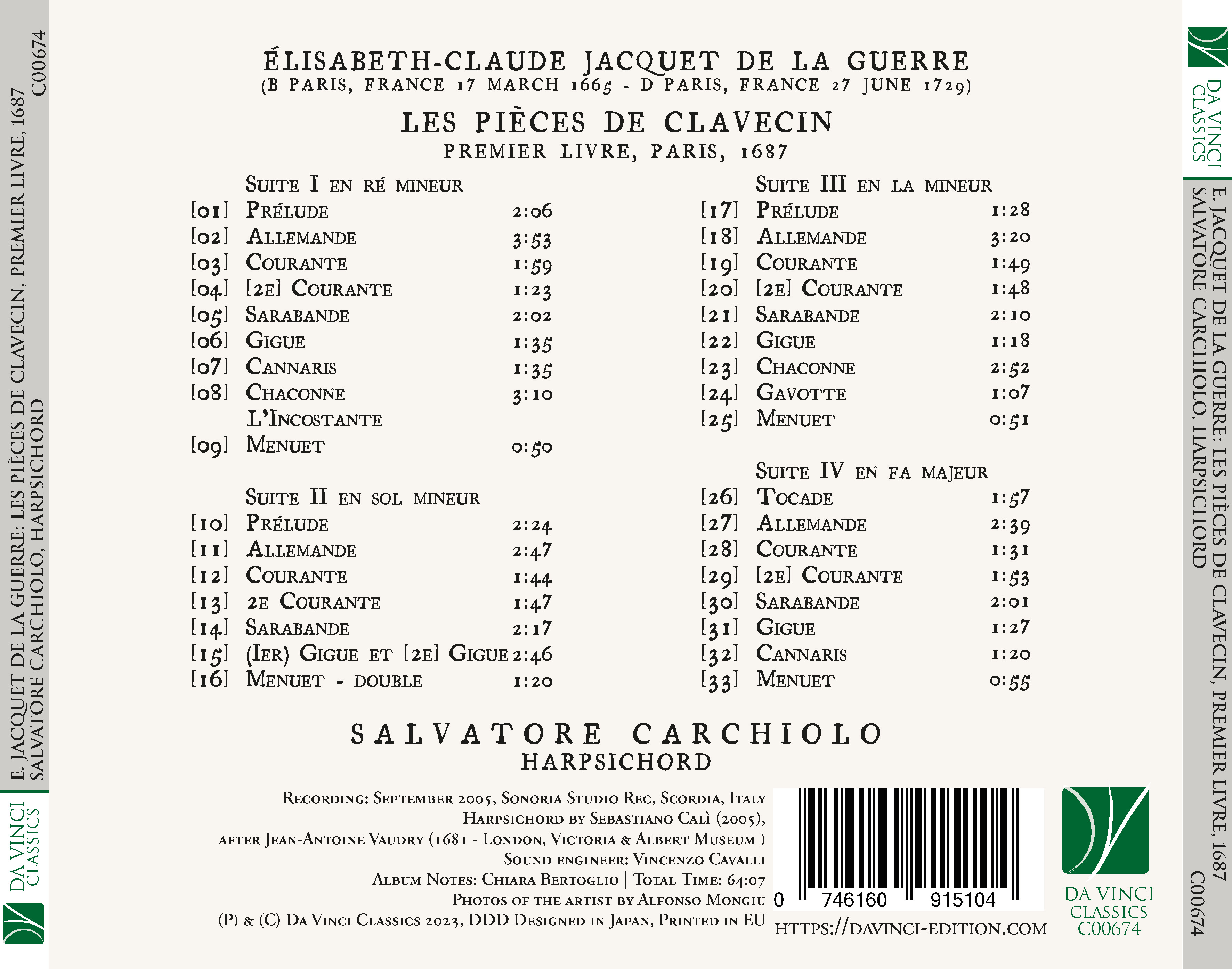 Salvatore Carchiolo is an italian harpsichordist, continuo player and musicologist. He was born in Catania (Sicily). He is graduated at the “Sweelinck Conservatorium" in Amsterdam, where he studied under Bob van Asperen. He is graduated as well in literature and music history at the University of Catania and his activity covers also musicological research. He has collaborated and recorded with the most renowned italian early music ensembles and has performed in countless prestigious concert venues all over the world.
Salvatore Carchiolo is harpsichord professor in Catania Conservatory and has taught thoroughbass in the Conservatories of Verona, Trapani and Torino. He is active as well as a musicologist and is the author of the most comprehensive essay on italian continuo performance practice as Una perfezione d’armonia meravigliosa. Prassi cembalo-organistica del basso continuo italiano dalle origini all’inizio del Settecento published by LIM.

Elisabeth Jacquet de La Guerre(b Paris, bap. 17 March 1665; d Paris,27 June 1729). French harpsichordist and composer. She came from a family of master masons and musicians (see Jacquet family), and from the age of five played the harpsichord and sang at the court of Louis XIV. Noticed by Madame de Montespan, she stayed for three years in her entourage. On 23 September 1684 she left the court to marry the organist Marin de La Guerre. Their son, as precociously gifted as his mother, died at the age of ten.

In Paris Elisabeth Jacquet gave lessons and concerts for which she was soon renowned throughout the city. Her first compositions were dramatic works, of which only the libretto of Jeux à l'honneur de la victoiresurvives. Her first publication, Les pièces de clavessin … premier livre, dates from 1687. In 1694 her only tragédie en musique, Céphale et Procris, was performed at the Académie Royale de Musique with little success, but the prologue was revived in 1696 at Strasbourg, where Sébastien de Brossard had founded an academy of music. In 1695 Brossard made copies of her first trio sonatas and those for violin and continuo. Only in 1707 did she publish her six Sonates pour le viollon et pour le clavecin and the Pièces de clavecin qui peuvent se jouer sur le viollon, followed later by her two collections of Cantates françoises sur des sujets tirez de l'Ecriture to texts by Antoine Houdar de Lamotte, and by three secular Cantates françoises. Whereas all her other works were dedicated to Louis XIV, this last was addressed to the Elector of Bavaria, Maximilian II Emanuel. Le raccommodement comique de Pierrot et de Nicole is a duet which went into La ceinture de Vénus, a play by Alain-René Lesage performed at the Foire St Germain in 1715. Elisabeth Jacquet's last work seems to have been a Te Deum sung in August 1721 in the chapel of the Louvre in thanksgiving for the recovery of Louis XV from smallpox.