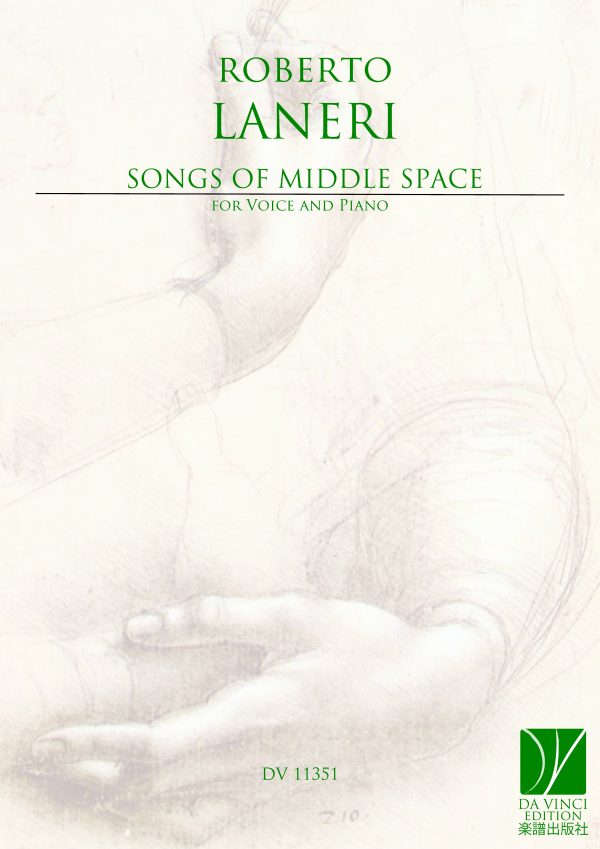 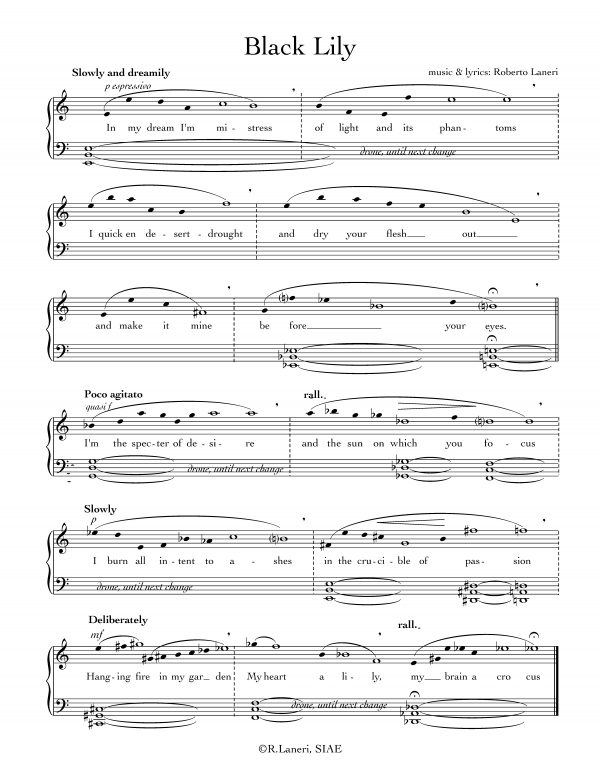 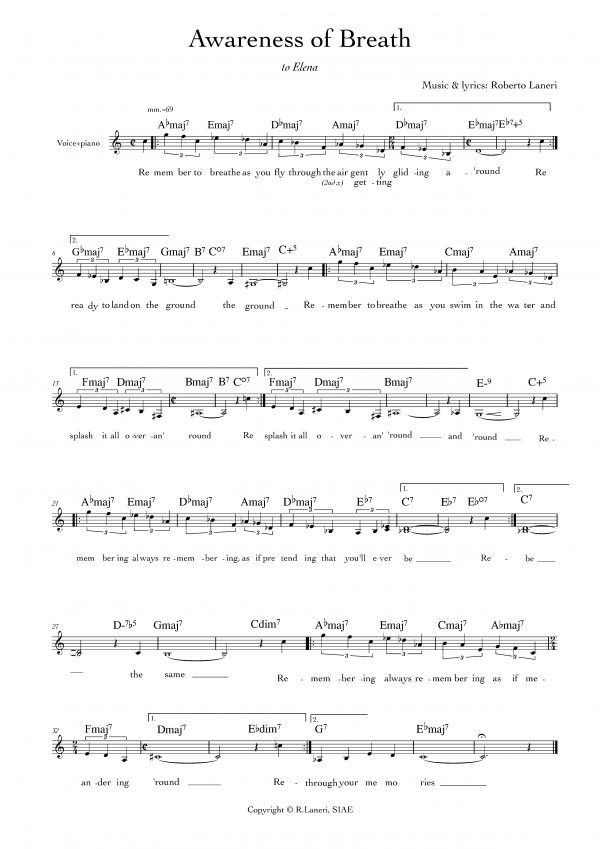 Roberto Laneri: Songs of Middle Space, for Voice and Piano

There was a time when music-making was an important part of family life and entertainment with friends. When there were no mechanical or digital means of reproducing music, someone just had to make the music happen physically. The extent of such music-making ranged from the singing together of hymns and devotional songs to the contrapuntal games of the Bach family. In times closer to ours, until the 20th century, the singing of songs played an important role in the social life, especially in the German world, often accompanied by the piano and in the form of private concerts.
The title of this collection, SONGS OF MIDDLE SPACE, refers to songs that belong neither here nor there, or, rather, are “here, there and everywhere” in the sense that they evoke different places, times and atmospheres.
The common element to all the songs is the cantabilità, meaning a certain something that ideally should make them enjoyable to sing, for oneself and others, in formal or informal occasions. Generally speaking, they are demanding but not impossible both in the technical and musical sense, which means they are accessible to gifted amateurs, but their ideal destination is public perfomance. Both formally trained and untrained voices are welcome, depending on the style of each specific song.
As a matter of fact, and true to its title, this is a collection of songs in various styles, which furthermore can overlap considerably. Some are thru-composed, like contemporary Lieder, and are meant to be sung and played according to the score. Others leave room for individual interpretation and improvisation, and are scored accordingly (for example, the songs notated in the standard jazz common practice give only the melody line, the lyrics and the chord changes). Between these extremes the scoring suggests all kinds of “middle spaces,” for example including chord changes in thru-composed songs or suggesting bass lines and counterlines in lead-sheet type songs. Jazz style is assumed to be a more or less universal musical lingua franca.
A similar approach is also suggested for the accompaniments. The piano is called for in most cases, but can be substituted for and integrated by other instruments. Except for the thru-composed pieces, the performers are encouraged to realize their own arrangements. Needless to say, any kind of transposition and repetition is possible.
For further details, please refer to the performance notes to each song.