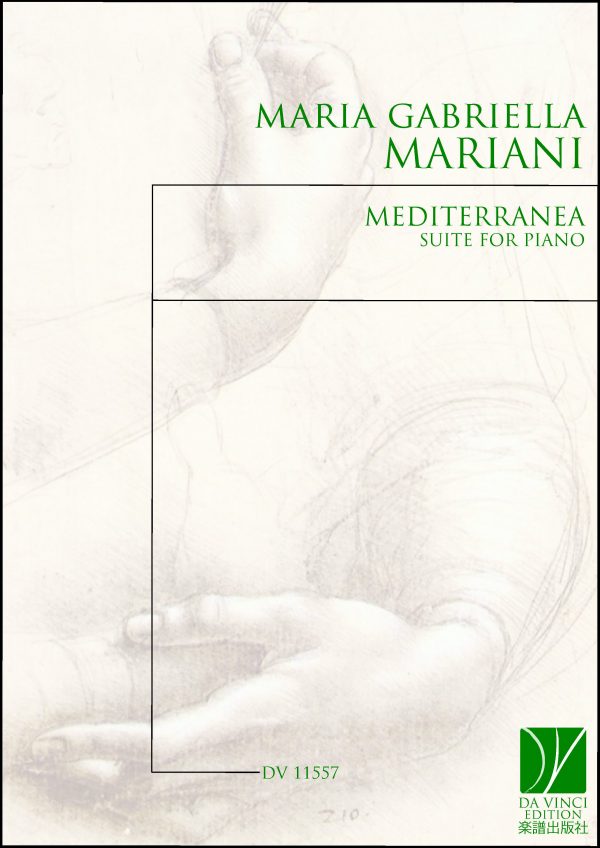 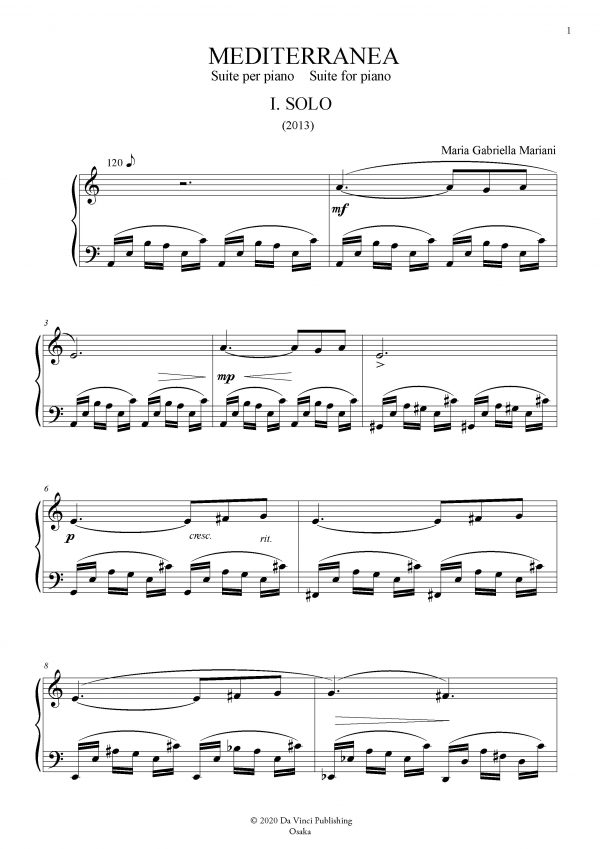 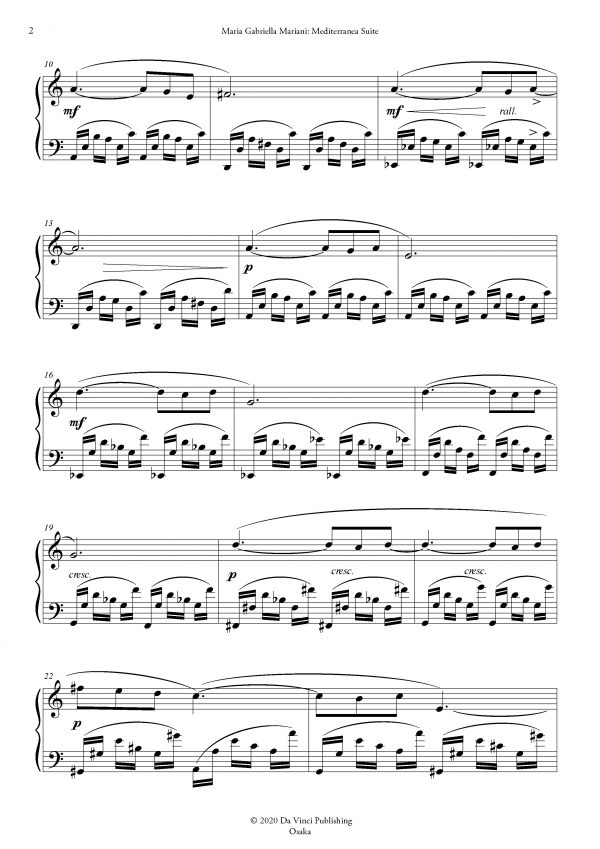 he common denominator of this suite is the holistic meaning of the Mediterranean, in itself and for me. Mediterranean as atmosphere, flavors, colors; all this acts as a background to a certain music that alternates moments of strong intensity with others more intimate and / or sensual.
But for me, Mediterranean also means memory, a memory that unconsciously permeates most of my compositions. The sea remains within me and it appears in my works more frequently the further away I am from it. Even before I was aware of it, it was my own music that gave me knowledge of it – I would say, deductively.
The three compositions of this collection could be understood as the three movements of a macro-sonata, but in reality, they are not this, either in the intentions, or in their genesis. In fact, chronologically, they represent three different periods of my life.
In particular, the first work, Solo, was written in 2013, five years after Fun … Tango – Three radiant flowers of a single matrix (published in 2017 by Da Vinci). The two pieces are complementary: Fun … Tango is symphonic, while Solo is monodic, at least at the beginning. But since the counterpoint is an integral part of my music, after a melodic introduction, the song is empowered with a simultaneity of voices that together create a dance, very close to a tarantella. On the other hand, even the latter, like the sea, is a call to my land, a call in a certain sense sublimated, a kind of eternal return.
The second work is La canzone di Pulcinella (Pulcinella’s song), a visionary composition, which also has its own pictorial and narrative representation. But let me proceed in an orderly fashion: in 2009 I wrote a sonata entitled Tracce (Traces). One of those impossible and endless compositions. At the origin of this impetuous piece there was an emphasis that today I would define auroral, also from an autobiographic point of view; there was also a strong need to look for traces, that is a kind of harvest, or even a deep meaning to give to this damned Lorentzian time.
The autobiographical urgency is evident in my music much more than in my novels, even considering the ineffable value of the musical aesthetics that acts as a screen for any explicit existential references and therefore allows me to express myself more freely and personally. In fact, the second movement of this sonata was La canzone di Pulcinella. Punch, the tragic mask of the Neapolitan tradition returns by magic to the places of his history to find another story and in fact, bitterly, decides to leave forever. Therefore, this music has its own story which I translated into an ode by the same name: La canzone di Pulcinella. This poem was included at the end of the collection of short stories I published in 2014, entitled Riflessi. Storia di storie senza storia (Reflexes. History of stories without history).
These preliminary elements were needed to underpin the visionary character of this symphonic “story”, which has had many remakes, offered me a variety of ideas, and in the end found its definitive place in this suite, because I believe it reflects its expressive and dreamlike mood.
The musical language is charged with dramatic and humorous values, which together show the grotesque and tragic character of masks in general, and in particular of Pulcinella’s.
Even the last song of Mediterranea has its own story, but it is much simpler and more human than the song that precedes it, at least with regard to its genesis. Chef tango is in fact my latest composition, also from a chronological point of view: written in 2019, it was commissioned by my manager and at the same time, in a certain sense, by a dear friend of mine, Mario Chef, to whom it is dedicated. I had to play in Germany and for the occasion I was asked for a composition of mine that should somehow be inspired by a tango: apparently, the Germans love tango.
Mario Chef has been an extremely significant presence in this last part of my life and in a fair share of my recent choices. He was 90 years old and exactly one year ago it was the last time I saw him alive.
The coincidence of these two events, so different from each other, but concomitant, has helped to create the ideal setting for this tango. Like the two previous songs, it is a music of memory, a memory that transfigures time and space, dilutes colors and makes these compositions highly evocative. Several voices link the typical tango rhythm and seem to smooth out its more rhythmic features. In the end, each of these voices is recalled and all are reduced to one unity: this is also a recurring aspect in my compositions.
I will not go on explaining the expressive meaning of this song, since it immediately communicates what it aims at representing.
Instead, what I would like to underline is the highly mythical character of Mediterranea suite, which transcends the different periodization and the different contexts: it is the myth that marks this composition and the Mediterranean is the background and substratum to a lost memory, at times bitter, at times persuasive and sly.