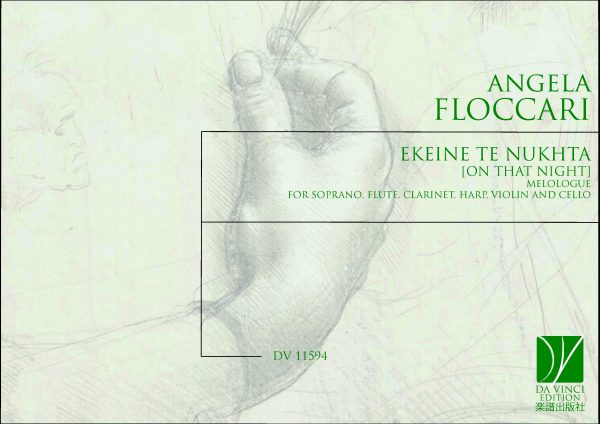 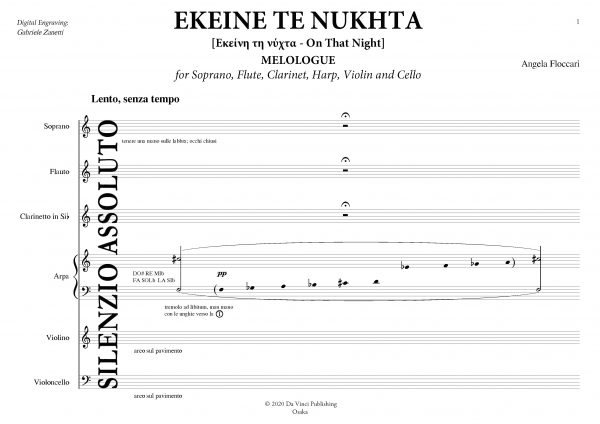 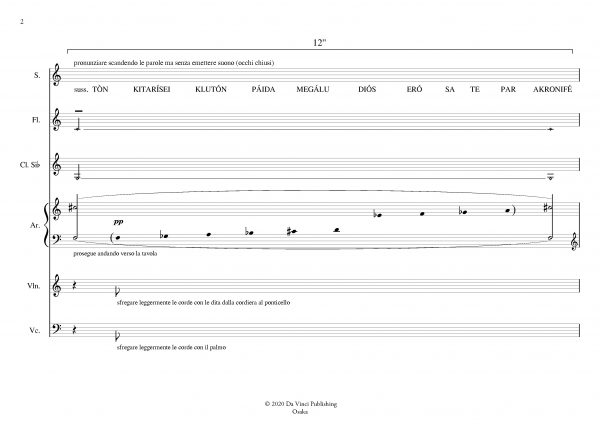 Angela Floccari: Born in Crotone in 1980, she has her piano approach at the age of 5 through the teachings of her grandmother and aunt, who graduated in piano and lyric singing.
She graduated in 2001 under the guidance of Maestro Vincenzo Balzani at the Conservatorio 'G. Verdi' in Milan, where she began his studies in composition in the class of Maestro Giuseppe Colardo.
She studied with Marcella Crudeli at the ‘Ecole normale de musique’ in Paris, Paolo Subrizi (Ass. F. Chopin '), Aldo Ciccolini (ProgettoPiano), Danilo Costantini (Harpsichord), Silvia Limongelli, Paolo Bordoni, Giacomo Battarino, Davide Cabassi, Stefano Fiuzzi (fortepiano at the Piano Academy 'Incontri col maestro' di Imola), Ada Mauri and Denis Zanchetta (Accademia di perfezionamento Teatro alla Scala), Wolfgang Sauseng (composition: department of sacred music of the Universität für Musik und darstellende Kunst in Vienna).
In 2005 she graduated with ‘magna cum laude’ in Modern Literature with musical address at the University of Milan, with a thesis on the scene music of Victor De Sabata for the 'Merchant of Venice' by W. Shakespeare. After making her contribution to the rediscovery of this important work in the area of De Sabata, she has a musical collaboration with Maestro Aldo Ceccato, who has recorded this work as a premiere with Malaga Philharmanic Chorus and Orchestra.
On the occasion of the 2nd international clarinet competition 'Saverio Mercadante' (president Karl Leister) she composed the music for the chamber music award and transcribed for clarinet and piano pieces by Victor De Sabata.
In 2011, she obtained a degree as 'Maestro accompanist and piano collaborator' in the class of Maestro Umberto Finazzi, former pianist of the Teatro alla Scala.
Her concert activity sees her engaged both as a soloist and in chamber ensembles with a repertoire ranging from '700 to' 900.
She composed stage music for two plays: 'Conciliare stanca', a monologue on the theme of femicide, interpreted by Caterina Vertova and 'Autobriography of an ordinary woman', another monologue on the theme of unemployment and female discomfort, interpreted by Francesca Tasini.
She was also an official accompanist pianist in the courses taught by Maestro Christian Bellisario, cellist, at the Conservatory of Lugano in 2014 and also at chamber music courses at the Accademia 'Incontri col maestro' in Imola in 2015.
Alongside the concert and musical activity, she carries on the teaching, teaching piano in various civic schools of music. She recently took part in the first edition of masterclasses of the da Vinci association in Milan, with a course of piano technique and musical interpretation.
Among all the works, she composed music for flute, violin, harp, cello and female voice (Mousai tou Elikonos) with ancient greek text, chosen for the composer's archive from 1952 to today by Sentieri Selvaggi, for piano (Nebbie, Subaqua), for soprano and piano with german text, for trio with cello clarinet and piano (Tetraktys), for string orchestra (Sole di notte), for solo clarinet (Lyrydes) and clarinet and piano (Cantus sphaerarum).
These last two pieces have been recorded in the CD ‘Flowers of contemporary clarinet’, published by the Da Vinci label.