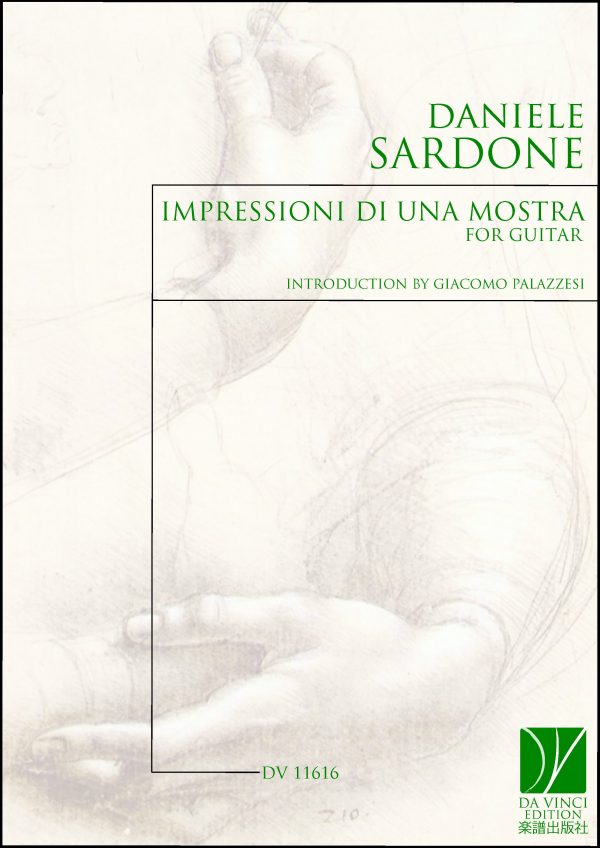 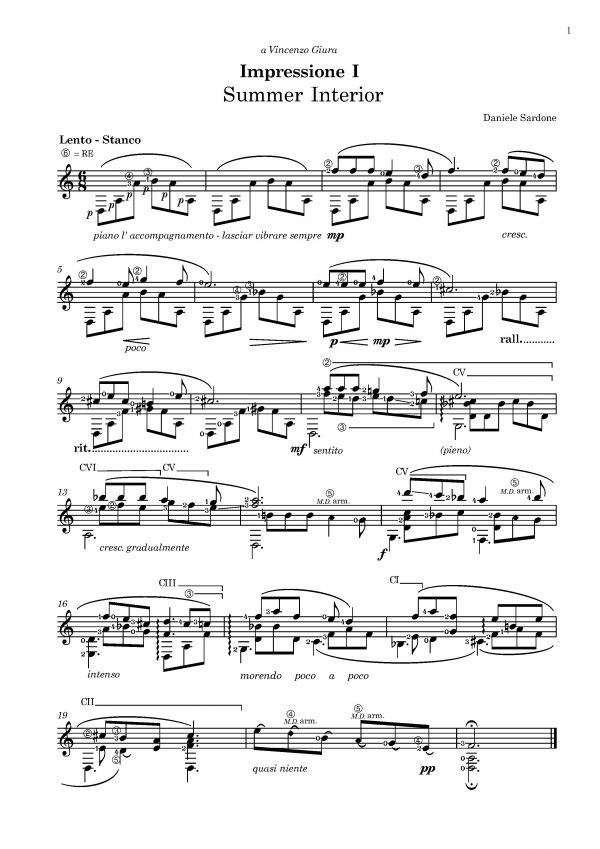 A friendship between two musicians is founded upon two pillars: the desire to see one another more often and almost never doing so. I say this to give context to two prior events. The first is that I received the manuscript of the second movement of this triptych – Solitary Figure In A Theater – as a gift, while departing Rome from Termini Station.
To paint a fuller picture, I would add that it was May 15, 2019. It was raining, and the occasion of our meeting was that of ‘let’s at least get a coffee while we have the chance’. The second is that I inaugurated the piece playing it for the first time at a concert in La Plata (Argentina) on October 17 of the same year. Again, it was raining. All of this to declare up front my profound personal bias.
Daniele Sardone belongs to that rare order of artists who arrive at a composition in a sort of creative flood, where the gesture of writing becomes the consequent and natural overflow of the conquered solidity of a performer. Solidity, which allows an artist to see beyond the boundaries of a performer’s mastery of instrument and even music itself.
To speak more specifically about the pieces, I want to share my experience. Working on the three “Impressioni di una mostra”, I immediately abandoned the “Hopper” approach. That is, I abandoned seeking a musical interpretation through a sort of synesthesia, drawing from the painting a sound with an accompanying set of moods. Instead, having reconstructed the empty space, I preferred to delve further into the score where I experienced a most curious sensation: the written music seemed at the same time immobile, obviously being printed on paper, and yet alive, endued with the pulsating energy of a performer transformed into a composer. Like music captured in its evolution, in the moment of greatest creative fertility, in an equilibrium just reached between solid form and inspired improvisation. In these analogies – rather than in the classical idea of “Program music” – the painter, the titles of the pieces / paintings, finally appear revelatory, and the circle of references closes. Because this music lives in the same universe as the unsuspecting possibilities of Hopper’s figures, all on the threshold of an event that is about to happen and which they seem not to notice.