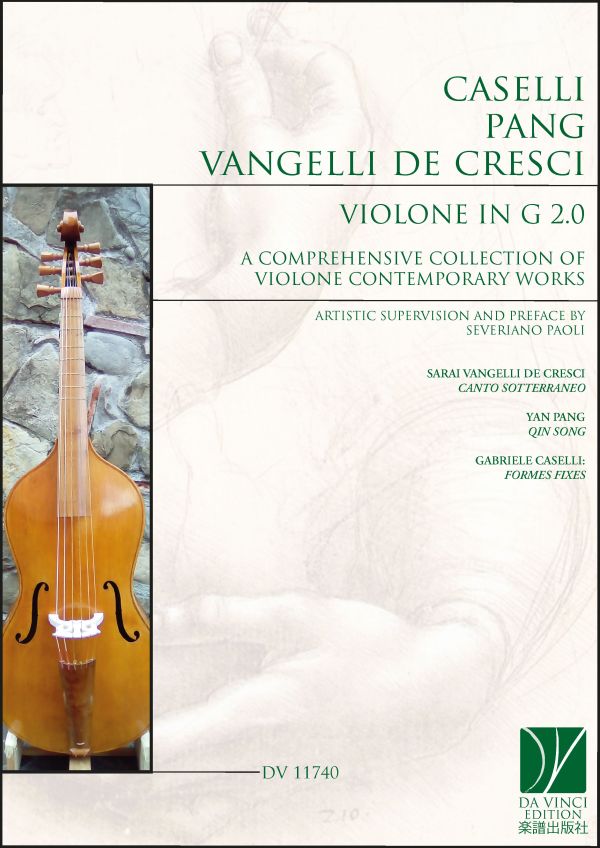 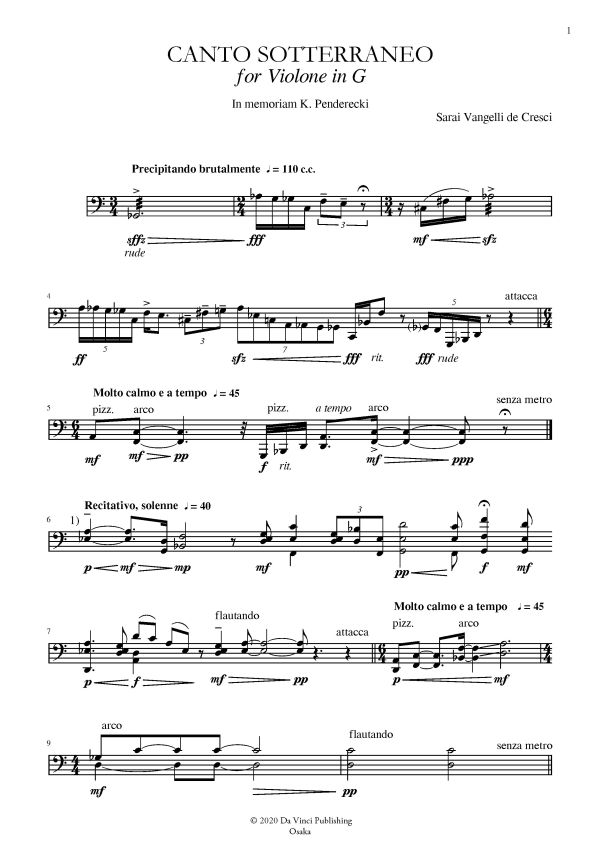 Violone in G 2.0, A Comprehensive Collection of Violone Contemporary Works

Violone in G 2.0 is a project I’ve been having in mind for a very long time. The idea came to my mind one day I was attending a concert in Amsterdam, where a talented gambist was playing contemporary music on his bas de viol. The beauty of the viola da gamba, with its human voice-like tone and vast dynamic and chordal possibilities, mixed perfectly with the new music which was performed onto it, naturally embracing its unusual language. While listening to the unexpected harmonies he was bringing out, I started wishing something alike for that viol’s larger and lower brother would exist!
After that concert I discovered that there was actually quite some contemporary music composed for the bas de viol, but little if not nothing for the G violone, the member of the gamba family I usually play myself. What a shame! Despite being an instrument of lower extension, its expressive capabilities are second to none, as plenty of early music shows us; great composers have written sublime pieces for instruments of such sort. Hence, I started to believe more and more that it was about time some serious contemporary music for G violone would be composed, in order to give it the new voice it deserved. So, it was time to find someone who would take on this endeavour.
Three composers, from different countries and backgrounds, decided to join this project: Yan Pang from the USA, Sarai Vangelli De Cresci from Austria and Gabriele Caselli from Italy. I have found extremely interesting how they would approach an instrument they had never written for, with its potential as well as limitations, learning its kinks, strong and weak points. The results of this process are in the next pages. I have found their work extraordinary, and I have then decided it was worth being published and shared among all G violone players interested in giving a new voice to our instrument.
I could not have reached this result by myself, thus I would like to thank some people who have been fundamental for its success. First of all, obviously, the three composers who have offered their time, knowledge and work to make it possible. Next to them, I have to deeply thank Federico Favali, composer as well, who has put all of us in contact with each other and has taken care of all the organisational matters. And, last but not least, Edmondo Filippini, who has trusted me again and accepted to publish this work.
Violone in G is, in my eyes, just the beginning of a bigger process which will bring our beloved instrument into the XXI century.