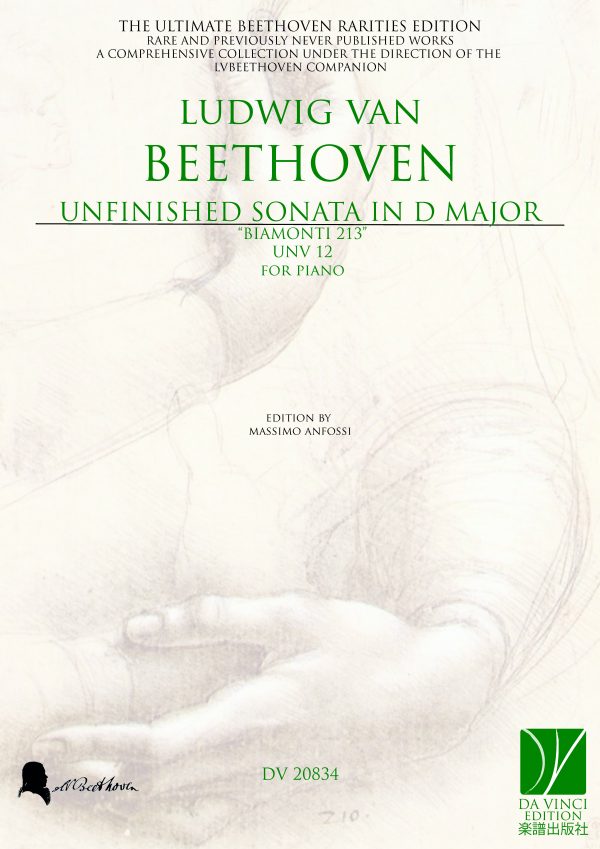 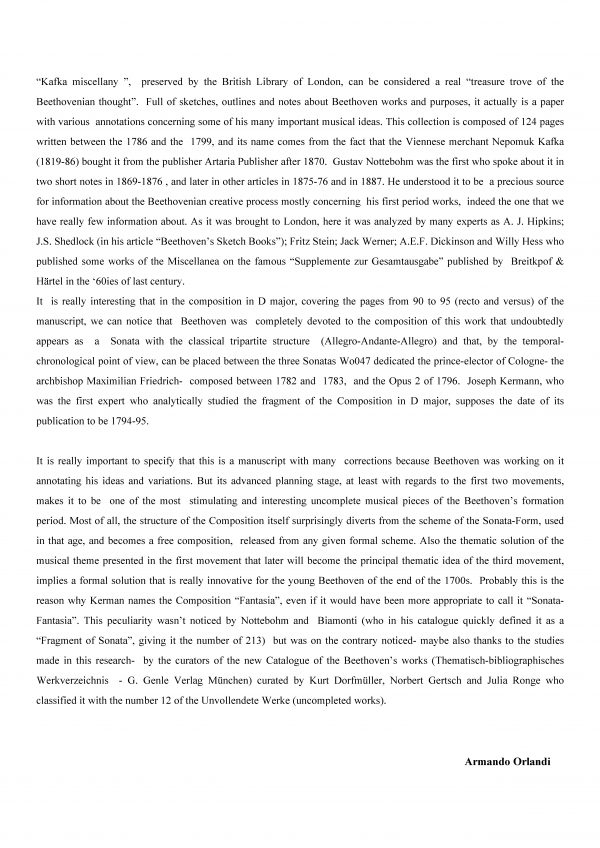 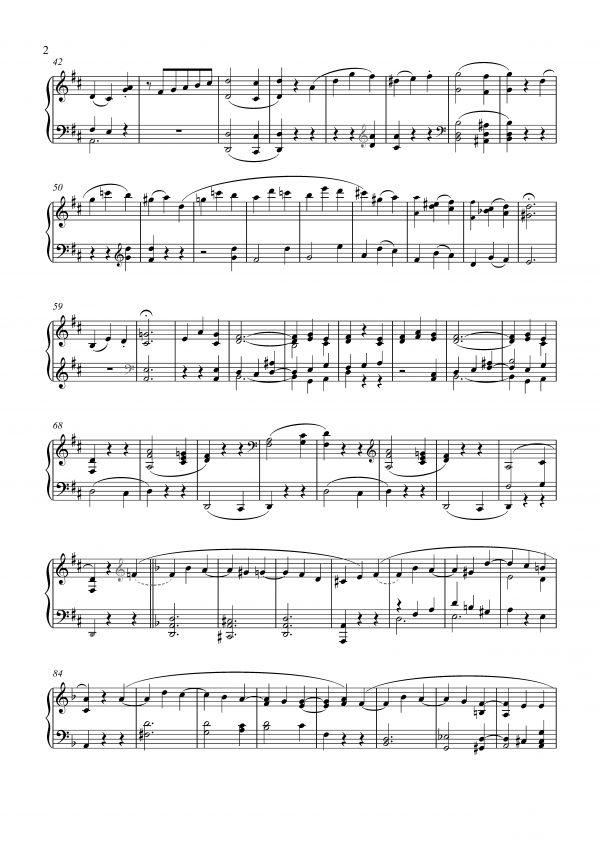 “Kafka miscellany ”, preserved by the British Library of London, can be considered a real “treasure trove of the Beethovenian thought”. Full of sketches, outlines and notes about Beethoven works and purposes, it actually is a paper with various annotations concerning some of his many important musical ideas. This collection is composed of 124 pages written between the 1786 and 1799, and its name comes from the fact that the Viennese merchant Nepomuk Kafka (1819-86) bought it from the publisher Artaria Publisher after 1870. Gustav Nottebohm was the first who spoke about it in two short notes in 1869-1876 , and later in other articles in 1875-76 and in 1887. He understood it to be a precious source for information about the Beethovenian creative process mostly concerning his first period works, indeed the one that we have really few information about. As it was brought to London, where it was analyzed by many experts as A. J. Hipkins; J.S. Shedlock (in his article “Beethoven’s Sketch Books”); Fritz Stein; Jack Werner; A.E.F. Dickinson and Willy Hess who published some works of the Miscellanea on the famous “Supplemente zur Gesamtausgabe” published by Breitkpof & Härtel in the ‘60ies of last century.
It is really interesting that in the composition in D major, covering the pages from 90 to 95 (recto and versus) of the manuscript, we can notice that Beethoven was completely devoted to the composition of this work that undoubtedly appears as a Sonata with the classical tripartite structure (Allegro-Andante-Allegro) and that, by the temporal-chronological point of view, can be placed between the three Sonatas Wo047 dedicated the prince-elector of Cologne- the archbishop Maximilian Friedrich- composed between 1782 and 1783, and the Opus 2 of 1796. Joseph Kermann, who was the first expert who analytically studied the fragment of the Composition in D major, supposes the date of its publication to be 1794-95.
It is really important to specify that this is a manuscript with many corrections because Beethoven was working on it annotating his ideas and variations. But its advanced planning stage, at least with regards to the first two movements, makes it be one of the most stimulating and interesting uncomplete musical pieces of the Beethoven’s formation period. Most of all, the structure of the Composition itself surprisingly diverts from the scheme of the Sonata-Form, used in that age, and becomes a free composition, released from any given formal scheme. Also, the thematic solution of the musical theme presented in the first movement that later will become the principal thematic idea of the third movement, implies a formal solution that is really innovative for the young Beethoven of the end of the 1700s. Probably this is the reason why Kerman names the Composition “Fantasia”, even if it would have been more appropriate to call it “Sonata-Fantasia”. This peculiarity wasn’t noticed by Nottebohm and Biamonti (who in his catalogue quickly defined it as a “Fragment of Sonata”, giving it the number of 213) but was on the contrary noticed- maybe also thanks to the studies made in this research- by the curators of the new Catalogue of the Beethoven’s works (Thematisch-bibliographisches Werkverzeichnis – G. Genle Verlag München) curated by Kurt Dorfmüller, Norbert Gertsch and Julia Ronge who classified it with the number 12 of the Unvollendete Werke (uncompleted works).