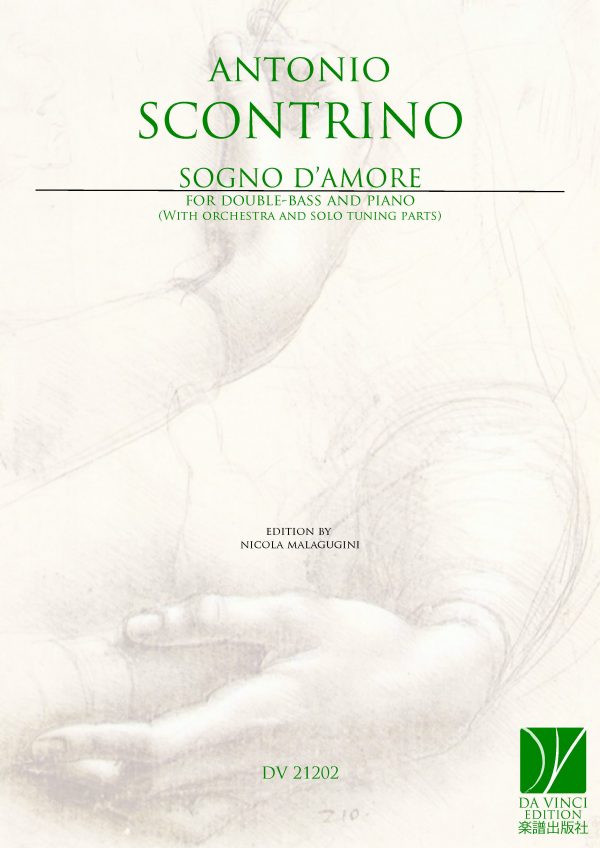 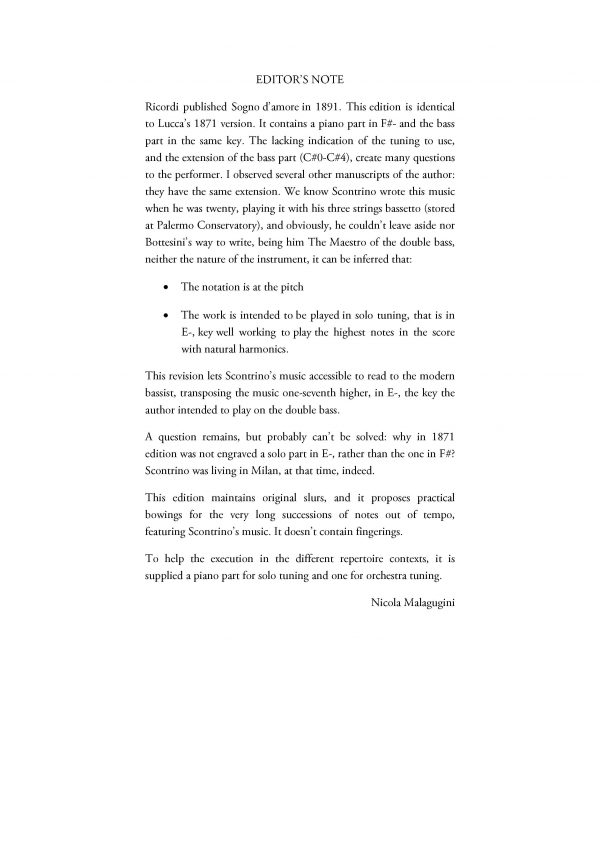 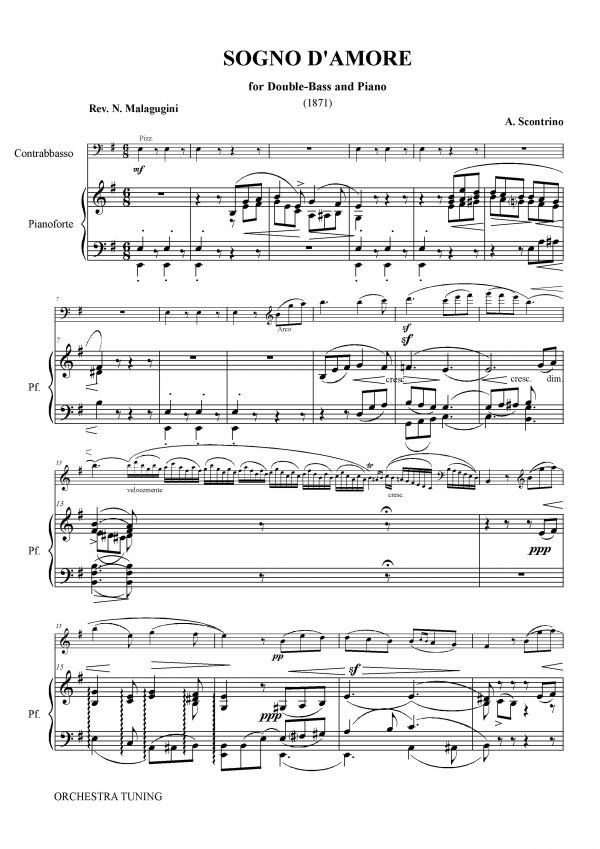 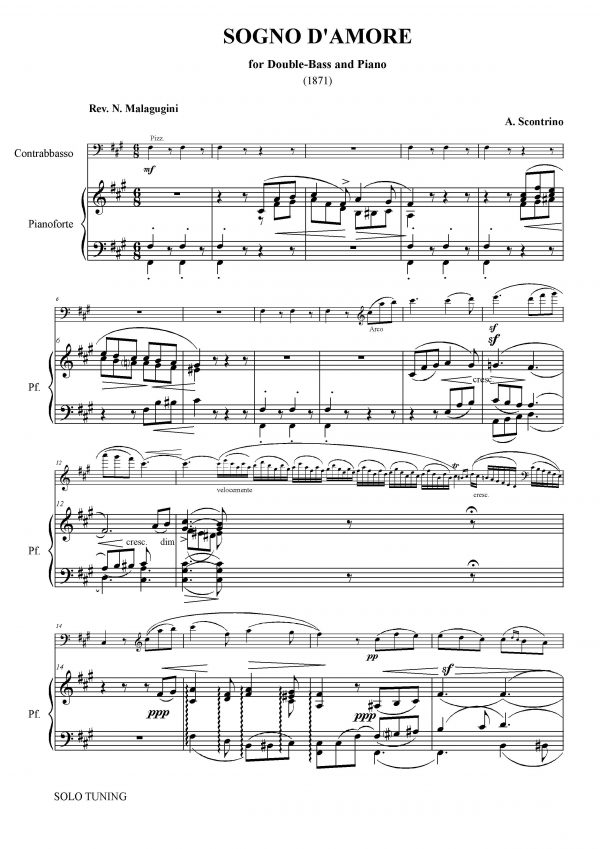 Ricordi published Sogno d’amore in 1891. This edition is identical to Lucca’s 1871 version. It contains a piano part in F#- and the bass part in the same key. The lacking indication of the tuning to use, and the extension of the bass part (C#0-C#4), create many questions to the performer. I observed several other manuscripts of the author: they have the same extension. We know Scontrino wrote this music when he was twenty, playing it with his three strings bassetto (stored at Palermo Conservatory), and obviously, he couldn’t leave aside nor Bottesini’s way to write, being him The Maestro of the double bass, neither the nature of the instrument, it can be inferred that:

This revision lets Scontrino’s music accessible to read to the modern bassist, transposing the music one-seventh higher, in E-, the key the author intended to play on the double bass.

A question remains, but probably can’t be solved: why in 1871 edition was not engraved a solo part in E-, rather than the one in F#? Scontrino was living in Milan, at that time, indeed.

This edition maintains original slurs, and it proposes practical bowings for the very long successions of notes out of tempo, featuring Scontrino’s music. It doesn’t contain fingerings.

To help the execution in the different repertoire contexts, it is supplied a piano part for solo tuning and one for orchestra tuning.