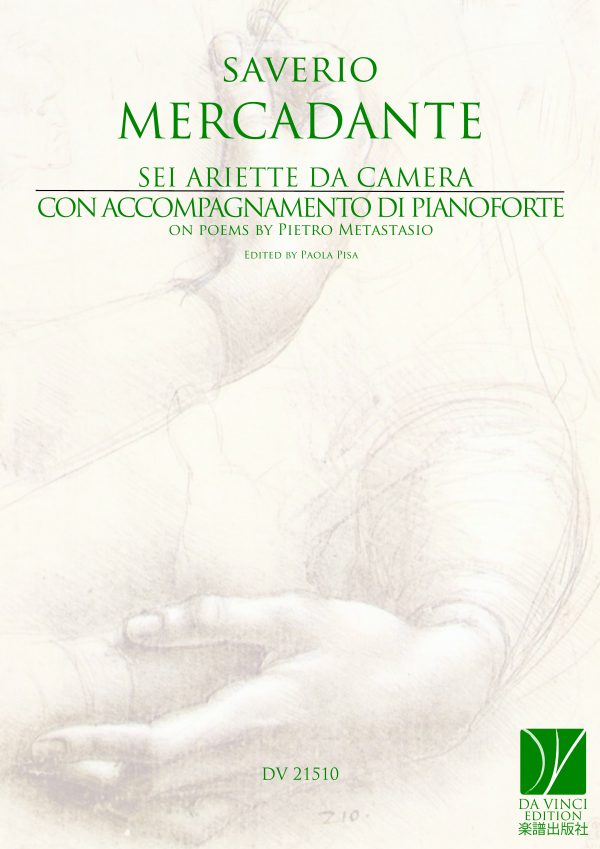 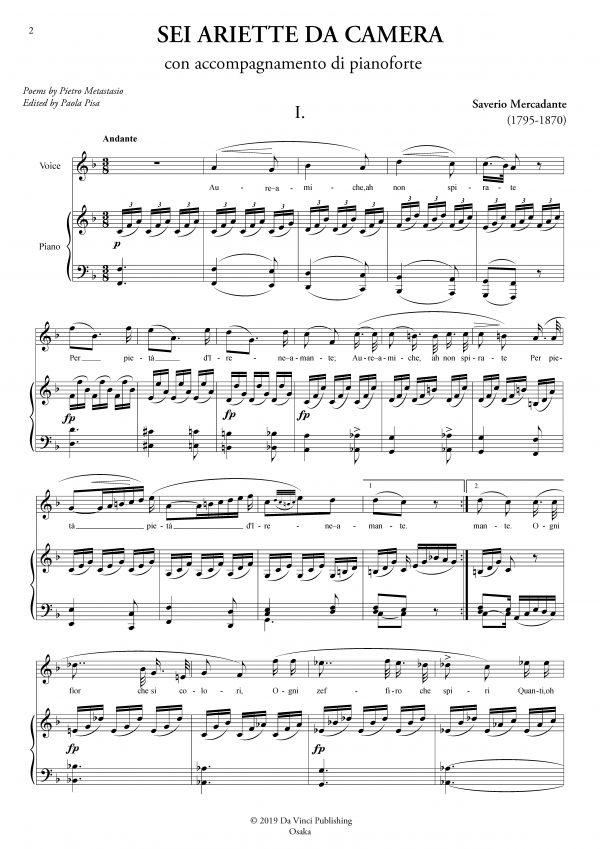 Saverio Mercadante (Altamura, 1795 – Naples, 1870) was admitted at Naples “San Sebastiano” Musical College due to direct intervention by the newly-appointed King of Naples, Gioacchino Murat. There he studied with the most famous masters of Neapolitan school: Tritto, Zingarelli and Fenaroli. His early productions concentrated on instrumental music: symphonies, quartets and various instrumental pieces. In 1819, his first opera – “L’Apoteosi d’Ercole” – was performed in Naples and met with much success. During his professional career, Mercadante produced some 60 more operas. They were performed throughout Italy, but also abroad, in Paris, Vienna, Cadiz, Madrid and Lisbon. His best-known operas are “Il Bravo” and “Il Giuramento”, still represented nowadays.
During his tenure as Maestro di Cappella at Novara Cathedral, he composed much-sacred music. His peers held him in high esteem: Gioacchino Rossini invited him to write an opera for the Théâtre des Italiens in Paris and Vincenzo Bellini recommended him (rather than Donizetti) for a position at the Naples Conservatory. Last but not least, when Giuseppe Verdi proposed that the requiem mass in memory of Gioacchino Rossini should be a collection of sections by other Italian contemporaries, Mercadante was the first name on his list. In 1848 he was appointed director of Naples “San Pietro a Majella” Conservatory. In his old age, he became totally blind. He died in 1870, in Naples.
Praised to the skies by some, utterly disparaged by others, Mercadante nevertheless played a major role as the link between Rossini and Verdi. Melodic invention, original lyrical forms and meticulous instrumentation characterize his unmistakable operatic voice. After attending the Venetian première of Mercadante’s 1838 opera “Le due illustri rivali”, Franz Liszt wrote: “His operas are the best written and orchestrated of any I have heard … Mercadante’s latest works are unquestionably the best conceived in the contemporary repertoire”. Such illustrious recommendation transcends all partisan quarrels and firmly positions Mercadante among the greatest musicians of his time.
The present edition introduces the Sei Ariette (Six Ariettas) for voice and piano, an early composition on poems by Pietro Metastasio, offering a rich palette of musical expression, perfectly related to the text of each poem.