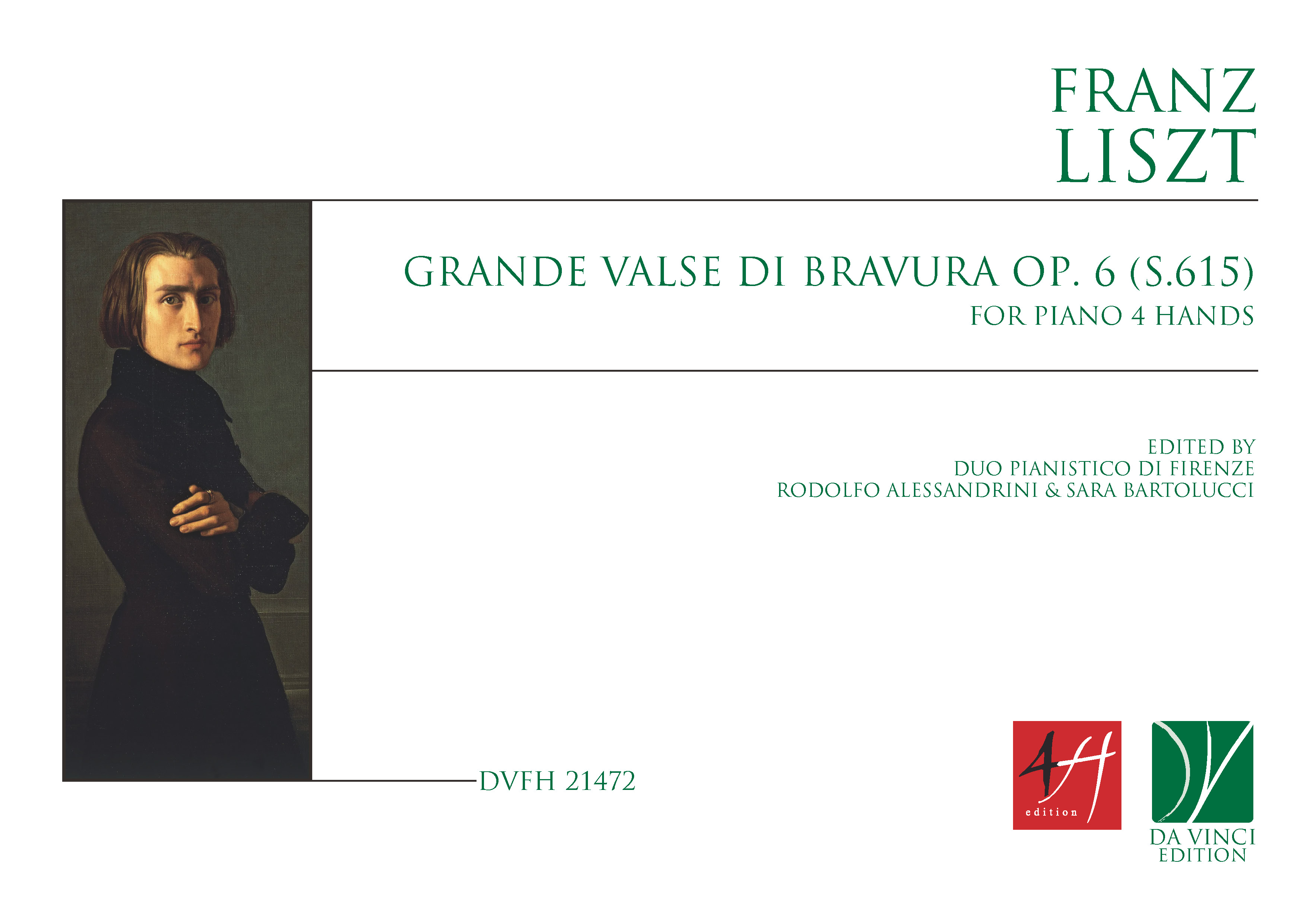 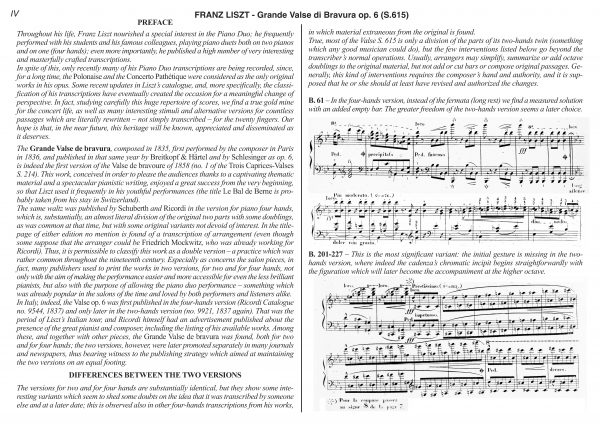 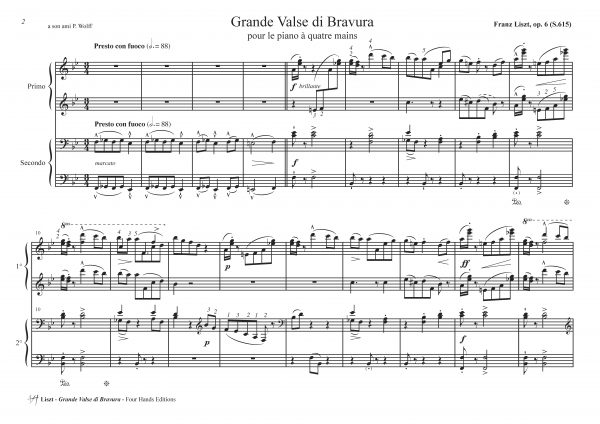 Throughout his life, Franz Liszt nourished a special interest in the Piano Duo; he frequently performed with his students and his famous colleagues, playing piano duets both on two pianos and on one (four hands); even more importantly, he published a high number of very interesting and masterfully crafted transcriptions.
In spite of this, only recently many of his Piano Duo transcriptions are being recorded, since, for a long time, the Polonaise and the Concerto Pathétique were considered as the only original works in his opus. Some recent updates in Liszt’s catalogue, and, more specifically, the classi-fication of his transcriptions have eventually created the occasion for a meaningful change of perspective. In fact, studying carefully this huge repertoire of scores, we find a true gold mine for the concert life, as well as many interesting stimuli and alternative versions for countless passages which are literally rewritten – not simply transcribed – for the twenty fingers. Our hope is that, in the near future, this heritage will be known, appreciated and disseminated as it deserves.
The Grande Valse de bravura, composed in 1835, first performed by the composer in Paris in 1836, and published in that same year by Breitkopf & Härtel and by Schlesinger as op. 6, is indeed the first version of the Valse de bravoure of 1858 (no. 1 of the Trois Caprices-Valses S. 214). This work, conceived in order to please the audiences thanks to a captivating thematic material and a spectacular pianistic writing, enjoyed a great success from the very beginning, so that Liszt used it frequently in his youthful performances (the title Le Bal de Berne is pro-bably taken from his stay in Switzerland).
The same waltz was published by Schuberth and Ricordi in the version for piano four hands, which is, substantially, an almost literal division of the original two parts with some doublings, as was common at that time, but with some original variants not devoid of interest. In the title-page of either edition no mention is found of a transcription of arrangement (even though some suppose that the arranger could be Friedrich Mockwitz, who was already working for Ricordi). Thus, it is permissible to classify this work as a double version – a practice which was rather common throughout the nineteenth century. Especially as concerns the salon pieces, in fact, many publishers used to print the works in two versions, for two and for four hands, not only with the aim of making the performance easier and more accessible for even the less brilliant pianists, but also with the purpose of allowing the piano duo performance – something which was already popular in the salons of the time and loved by both performers and listeners alike. In Italy, indeed, the Valse op. 6 was first published in the four-hands version (Ricordi Catalogue no. 9544, 1837) and only later in the two-hands version (no. 9921, 1837 again). That was the period of Liszt’s Italian tour, and Ricordi himself had an advertisement published about the presence of the great pianist and composer, including the listing of his available works. Among these, and together with other pieces, the Grande Valse de bravura was found, both for two and for four hands; the two versions, however, were later promoted separately in many journals and newspapers, thus bearing witness to the publishing strategy which aimed at maintaining the two versions on an equal footing.