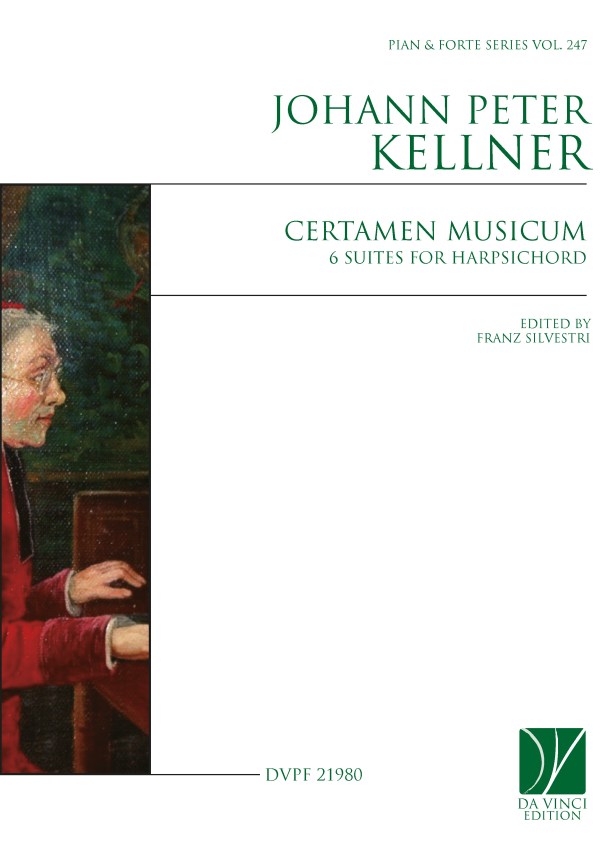 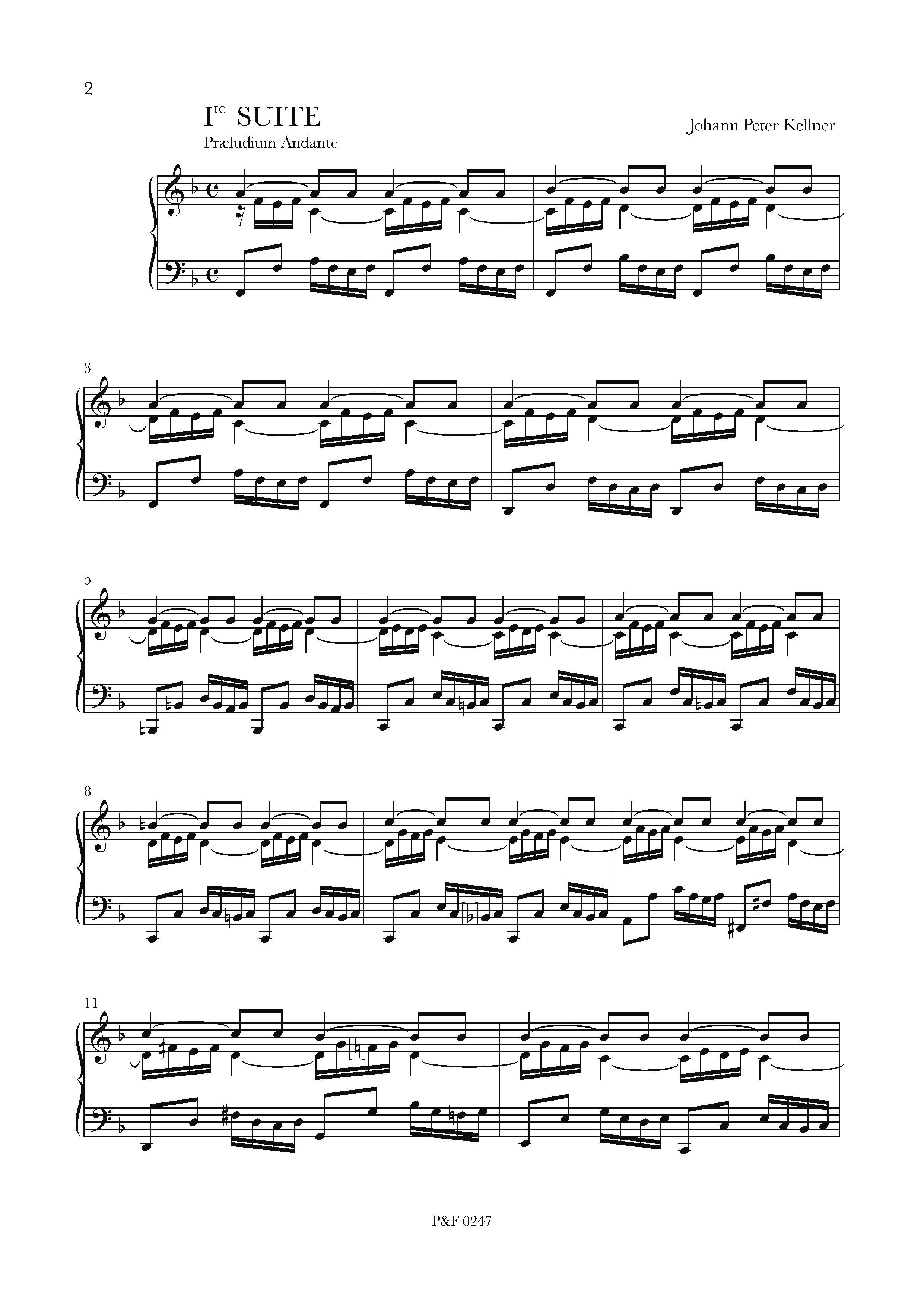 Johann Peter Kellner: (b Gräfenroda, Thuringia, 28 Sept 1705; d Gräfenroda, bur. 22 April 1772). German organist and composer, father of Johann Christoph Kellner. His parents wished him to become a lamp-black merchant like his father, but he was determined to study music. He probably received his first training at the village school in Gräfenroda, where he sang under the Kantor Johann Peter Nagel; his first keyboard teacher was Nagel's son Johann Heinrich. He next studied for a year in Zella (presumably 1720–21) with the organist Johann Schmidt and then for a year in Suhl (presumably 1721–2) with the organist Hieronymous Florentius Quehl, who gave him his first composition lessons. Kellner next returned to Gräfenroda and served for three years as a tutor. On 21 October 1725 he successfully auditioned for the post of Kantor in neighbouring Frankenhain, where he remained for over two years. In December 1727 he was back in Gräfenroda, first as assistant Kantor under J.P. Nagel and later, after Nagel's death in 1732, as Kantor. He remained in this post until his death.