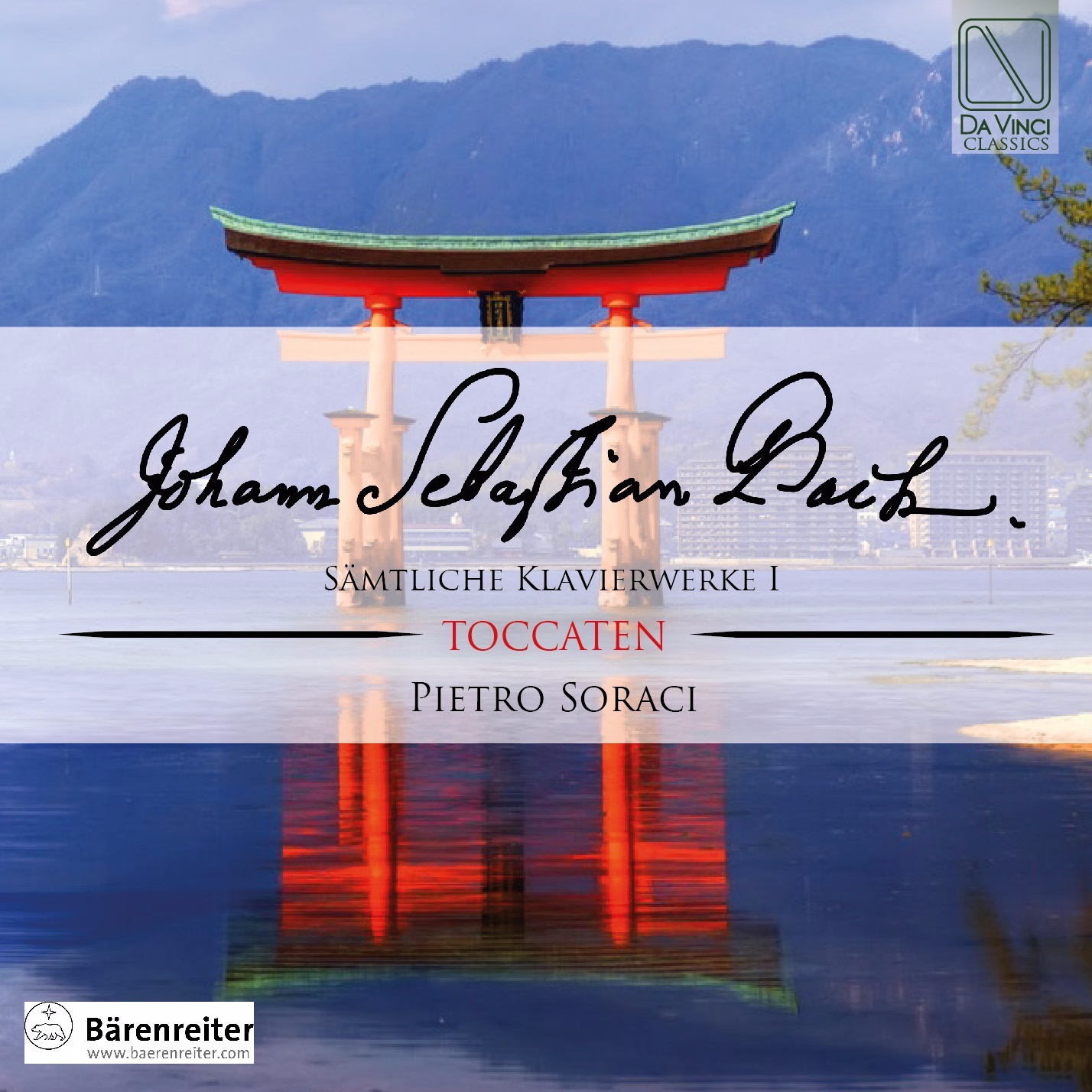 FROM ALBUM NOTES by Marco Beccari:

The term “Toccata” refers to an instrumental composition with a maximum of virtuosity and a free form. It is generally intended, according to different musical periods, to be played with the lute, the organ, the harpsichord or the piano. Its introductory function and improvisatory characteristic style made it a free-form where brilliantly virtuosic passages co-existed with other more meditative or strictly polyphonic ones. The word toccata first appears in a publication of 1536 in an Italian collection of lute music. It was not until the 1590s, however, that the term came into more general use to describe keyboard pieces that called for a dexterity in performance involving runs and arpeggios.
Andrea Gabrieli (c.1520-1586) and Claudio Merulo (1533-1604) are generally quoted as being the authors of the first “Toccatas”. In particular, Frescobaldi (1583-1643) raised the “Toccata” to its highest before Johann Sebastian Bach. […]