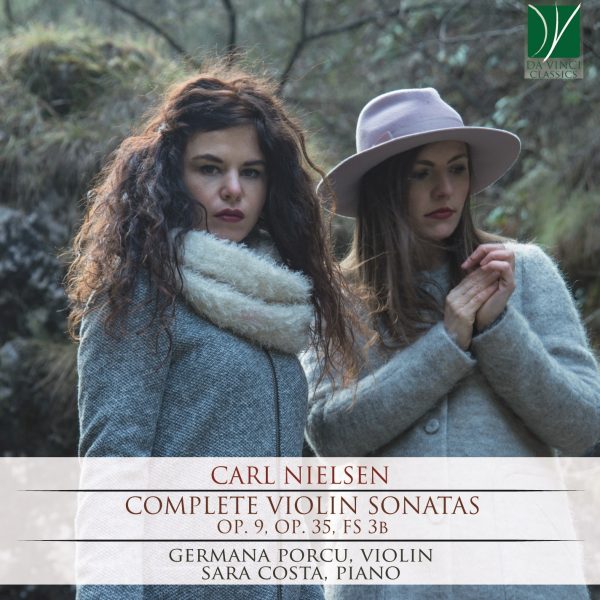 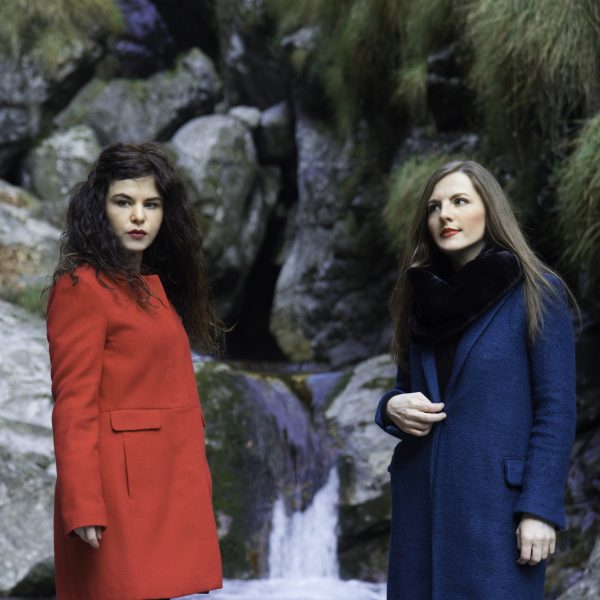 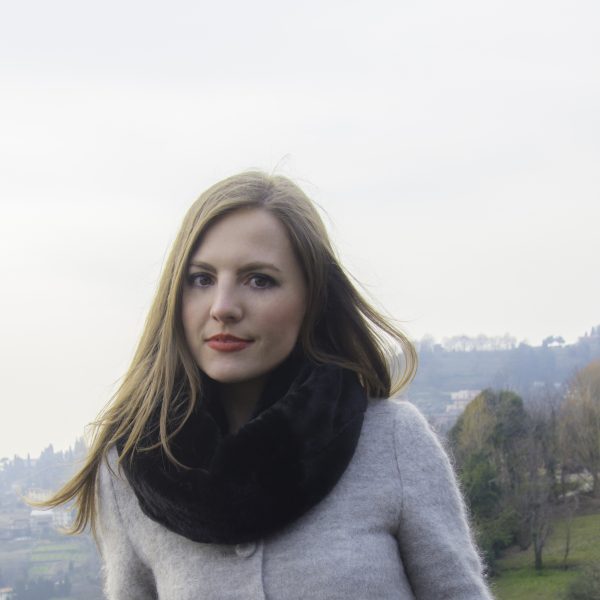 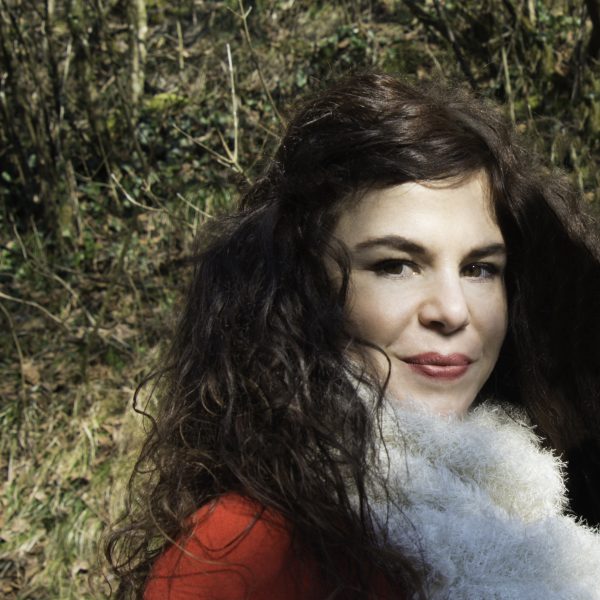 FROM ALBUM NOTES BY EDMONDO FILIPPINI:

Carl (August) Nielsen (1865-1931) achieved international recognition as a composer only recently, and is regarded as Denmark’s most important and free-spirited early 20th-century symphonist along with his Finnish contemporary Sibelius. Nevertheless, some of his most appealing music for Danish performers is undeniably the chamber works, namely his string quintet, the four string quartets, the violin sonatas and numerous pieces dedicated to solo instruments. All these pieces were composed in the earlier and central stages of his career and are still well recognized as the highest achievement in national chamber music, being performed widely and attracting much interest from worldwide artists. His music covers a wide range of styles and forms, from Brahmsian idiom to a personal neo-classicism of his later years, from operas to solo chamber music; it is possible to claim that he used each style and all his time pursuing a “restless” research into a Danish national style that he helped to redefine. Nielsen’s career could be summed up first with his childhood (1865–84), his studies and early freelance years in Copenhagen (1884–9), the work as second violin in the Royal Chapel (1889–1905), his leading of the same orchestra (1905–14), the years of his marriage crisis (1914–22), and his last decade (1922–31). The compositions introduced in this CD date to the period 1884-1912, before the marital crisis that heavily influenced his later style. […]

Carl Nielsen (b Sortelung, nr Nørre Lyndelse, Funen, 9 June 1865; d Copenhagen, 3 Oct 1931). Danish composer. One of the most important and free-spirited of the generation of composers who straddle the 19th and 20th centuries, his music covers a wide range of styles, from Brahmsian Romanticism at the outset to a high-principled, personal brand of neo-classicism in his last years. He composed in virtually all the main genres of the time, but he is best known for his six symphonies, which significantly contributed to the renewal of the genre in the 20th century. In Denmark he has been equally revered for his large output of popular strophic songs, which helped to redefine the national song tradition. His activities as conductor, teacher and writer made him the most prominent and influential Danish musician of his time, and although international recognition was sporadic in his lifetime, it has grown steadily since the 1950s, especially in Britain and the USA.

The outward defining points of Nielsen's career are his childhood on the island of Funen (1865–84), his studies and early freelance years in Copenhagen (1884–9), his post as second violin in the Royal Chapel (the opera orchestra resident at the Royal Theatre; 1889–1905), his conductorship of the same orchestra (1905–14; salaried from 1908), his years of marital crisis, renewed freelance activity and travel (1914–22), and his last decade (1922–31), when his creative activities were hampered by administrative duties and illness. The onset of the crisis years in 1914 is clearly reflected in his music. Until that time Nielsen's musical and philosophical horizons were steadily expanding; afterwards his continued explorations encountered increasingly inimical forces, leading to a more acerbic and concentrated style.

Germana Porcu: born in 1988, Germana began her musical studies under the guidance of M °F.Cusano. She got degree with highest honors at Istituto Musicale G.Donizetti in Bergamo. In 2010, as the best graduating, she was awarded the prestigious "Premio Rotary" from the city of Bergamo. Since 2006 she is violinist at "Orchestra Bergamo Musica Festival" of Teatro Donizetti in Bergamo with whom she toured in Italy, Japan and Sweden. In 2009 she performed under the guidance of the composer Giya Kancheli his composition "In l'istesso tempo", enjoying the warm appreciation of the author. She won several competitions, including: 1st Prize at the "III International Music Competition of Chamber Music Miryam and Pierluigi Vacchelli"; 1st Prize at the "XI International Music Competition Italian Festival", with the Special Prize "Soloist with Orchestra" – so she was invited to perform Concert no. 5 K 219 by W.A. Mozart with Orchestra “Alessandria Classica”; 3rd Prize at the XXX edition of the prestigious "International Competition for Violinists Michelangelo Abbado" (1st-2nd Prize not awarded); 1st Prize as Soloist with Orchestra, at the "26° European Music Competition". She won a scholarship donated by M° Claudio Abbado. In 2013 she was nominated "Most distinguished violinist" at "World Music Competition Ibla Grand Prize". In 2015 she won the 3rd Prize at "V Concurso y Festival Internacional de Músicos" in Madrid, debuting in the same city, with great appreciation of the Jury President Victor Abramyan (Professor of violin at Moscow Tchaikovsky Conservatoire) and of the audience. She has performed in many concerts as a soloist and in chamber music ensembles in Italy, Germany, France, Switzerland, Spain. Germana studied with M° F. Cusano in Fiesole, with M° S. Gessner in Paris and currently she is attending lessons with M° K. Sahatci in Lugano. She attended also masterclasses with M° I. Volochine, M° S. Makarova, M° P. Vernikov. Since 2015 she plays in duo with pianist Sara Costa, with whom, together with cellist Matilda Colliard, she founded Trio Carducci.

With flair and passion, Italian pianist Sara Costa walks on international stages, playing as soloist and chamber musician. Her vast repertoire spans from Bach to Kurtag.
In Italy she’s a regular guest artists in the main Festivals and Concert Institutions of the country. She performed in Rome for “I Concerti del Quirinale” live on Radio3 and at Auditorium Parco della Musica, in Sala Puccini (Milan) for “Società dei Concerti”, at Fazioli Concert Hall in Sacile, at Teatro Donizetti and Sala Piatti in Bergamo, just to name a few. Abroad, Sara has performed in Europe, China, Japan and Israel. Among the others, in Europe Sara has played at Royal Albert Hall and Saint Martin-in-the-fields in London, at Hr Sendesaal in Frankfurt, at Grunewaldsalen in Stockolm, at Huqyaldy Festival (Czech Republic), at Zagreb Concert Hall (Croatia), at Ptuj Festival (Slovenia). Outside Europe, recent highlights include China (Beijing National Library Arts Centre, Tianjin Grand Theatre, Chengdu Concert Hall, Yangzhou Grand Theatre and Harbin Concert Hall), Japan (Phoenix Hall and Opus Hall in Osaka) and Israel (Eilat Festival). As a soloist, she’s worked with Orchestra Filarmonica Italiana, Roma Tre Orchestra, Orchestra Sinfonica of Chioggia, Orchestra “Il Clavicembalo Verde”, “Musica Festival Donizetti” Orchestra in Bergamo, with italian conductors such as Stefano Ligoratti, Pietro Perini, Giovanni Pelliccia and Paolo Belloli. Sara’s charismatic musicianship and devotion for chamber music has created numerous human and artistic collaborations across the globe with artists such as Pavel Vernikov, Igor Volochine, Alexander Zemtsov, soloits of the prestigious Berliner Philarmoniker, and in Italy with violinist Christian Saccon. From 2014 she has a piano duo with Fabiano Casanova and they have released in 2019 their first four hands CD for Da Vinci Classics label, winner of Global Music Award in California, USA (Best Album and Best Duo). Her discography includes also a CD with violinist Christian Saccon (2011 - Wide Classique), a CD with violinist Germana Porcu which got a 4 Stars review on “Musica” newspaper ( June 2018 – Da Vinci Classics) and a CD with Trio Carducci (December 2018 – Brilliant Classics). Born in 1984 in Bergamo, Sara started to play piano at the age of 8 under the guidance of her father, who is an amateur organist and grew up in a family with a strong love for music. Her training is rooted in some of the best international pedagogical traditions. After graduation with highest honors at “G. Donizetti” Conservatory in Bergamo as student of Maria Grazia Bellocchio, from 2007 she focused her studies on the Russian School under the guidance of Konstantin Bogino, at Santa Cecilia Academy in Bergamo and Accademia Perosi in Biella. In 2011 she obtained with highest marks the Chamber music Degree at Pianistic Academy “Incontri col Maestro” in Imola, under the guidance of Tchaikovsky Trio. In 2019 she got a II Level Master in Piano and Chamber music at “C. Pollini” Conservatory in Padua (IT). Sara has also been selected to participate in many prestigious masterclasses by Norma Fisher, Martin Roscoe, Andrzej Jasinski, Sergei Dorensky, Vasilly Lobanov, Pavel Gililov, Mats Widlund, Alexei Kornienko and Marian Rybicki. Sara is recipient of many awards: Mayr Award, Edoardo Gavasso Award, First prize in the International Piano Forum in Chioggia, Third Prize at Open Piano Competition in London (2013). She received as well scholarship from Accademia Perosi of Biella (2008) and Royal Academy of London (2011). Sara’s concerts are often broadcast by national public radios, such as Rai, Radio Classica and Radio Vaticana. Her interest for synaesthetic experiences in music led Sara to give life to an association, together with other friends, with the aim to promote music and contamination among arts. Associazione Cluster has also the purpose to promote young talents, giving them the possibility to perform. She is Artistic Director, together with Fabiano Casanova, of “Il Castello Armonico” Concert Season. Sara is also a beloved and passionate teacher. From 2013 she’s Piano professor at “G.Donizetti” Conservatory in Bergamo. Her love for sharing emotions and music experience have established Sara among the finest and versatile Italian concert pianists of new generation.