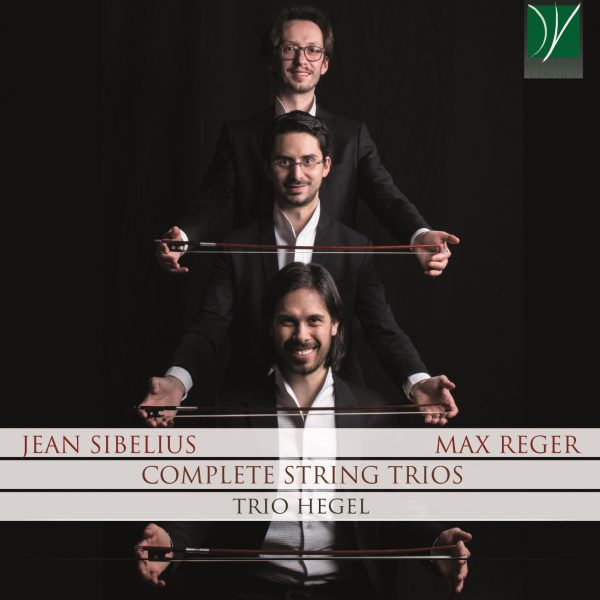 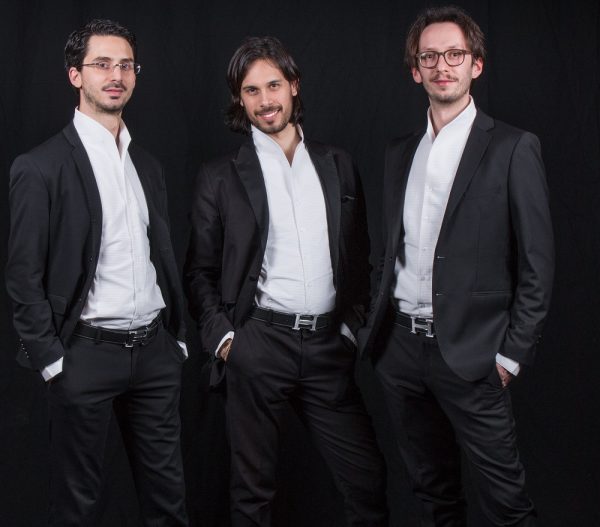 FROM ALBUM NOTES BY EDMONDO FILIPPINI:

“For my part, I must say that my music is not folkloristic; I have never used Finnish folk motifs for my own ends. I have composed much that is in the style of folk melodies, but the notes themselves have always come from my own imagination, or rather from my ardent Finnish heart…” (Sibelius in an interview with Alberto Gasco, La Tribuna, Rome, 1923)

For almost one century Sibelius was recognized as the finest symphonist of the 20-Century alongside Nielsen and few other authors. His seven symphonies, the symphonic poems, and the violin concert created an image of a composer able to develop only large-scale works as the German Anton Bruckner and the Italian Giuseppe Verdi. Except for the string quartet “Voces Intimae” (1909), just a bunch of chamber works were knows by musicians, most of the part of his chamber music was one of the most neglected areas of his musical production. With the rediscovery of the stage music and the reappearance of the original manuscript, the music world assisted to a radical change: a real Sibelius Renaissance. In 1982, the composer’s family donated to the Helsinki University Library all Sibelius’ s archive and thanks to the scholar Kari Kilpelainen’s official catalog, the process of rediscovery finally started. All works were formerly unpublished and unknown, including works by the young composer as well as forgotten compositions from his mature period. Suddenly, performers from all over the world discovered how Sibelius was an excellent chamber music composer, not inferior to anyone else of his time.

Jean Sibelius (b Hämeenlinna, 8 Dec 1865; d Järvenpää, 20 Sept 1957). Finnish composer. He was the central figure in creating a Finnish voice in music in the late 19th and early 20th centuries. His most significant output was orchestral: seven symphonies, one violin concerto, several sets of incidental music and numerous tone poems, often based on incidents taken from the Kalevala, the Finnish-language folk epic. His work is distinguished by startlingly original adaptations of familiar elements: unorthodox treatments of triadic harmony, orchestral colour and musical process and structure. His music evokes a range of characteristic moods and topics, from celebratory nationalism and political struggle to cold despair and separatist isolation; from brooding contemplations of ‘neo-primitive’ musical ideas or slowly transforming sound textures to meditations on the mysteries, grandeurs and occasionally lurking terrors of archetypal folk myths or natural landscapes. A master of symphonic continuity and compressed, ‘logical’ musical structure, he grounded much of his music in his own conception of the Finnish national temperament. Throughout the 20th century Finland regarded him as a national hero and its most renowned artist. Outside Finland, Sibelius's reputation has been volatile, with passionate claims made both by advocates and detractors. The various reactions to his music have provided some of the most ideologically charged moments of 20th-century reception history.

Max Reger (b Brand, nr Bayreuth, 19 March 1873; d Leipzig, 11 May 1916). German composer. His musical style, which combines a chromatic harmonic language with Baroque and Classical formal procedures, situates him as both a successor to late 19th-century Romanticism and a forerunner of early 20th-century modernism.

Trio Hegel: Trio Hegel has performed on important occasions and in evocative places such: Sala Corelli of Dante Alighieri Theatre in Ravenna, Palazzo Albrizzi in Venice for the Dino Ciani Association, in Cremona in the Federico II Courtyard, at the Auditorium San Barnaba in Brescia for the GIA Association (Giovani Interpreti Associati), in Mantua for the Mantua Chamber Music Festival, at Concerts at the Shrine of St. Teresa of Riva (ME) for the Association of Friends of Music, in Padua for the Galilean Academy of Sciences, Arts and Literature and for the International Music Meeting 2016, in Brescia for Foundation Teatro Grande, in Gorizia for Association Chamber Music in Trieste and in Milan at the Pirelli Skyscraper Auditorium Gaber for the Concert Society and at “Casa Verdi” for Società del Quartetto.
Trio Hegel obtain in a short time, numerous awards such as: Overall 1st Prize at the 20th "G. Rospigliosi ", 1st Prize at the 26th European Music Competition "Città di Moncalieri", 2nd Prize at the 13th National Competition "Riviera Etrusca", 2nd Prize at the 10th International Competition "L. Zanuccoli ", 3rd Prize at the 12th National Music Competition "Città di Magliano Sabina", 3rd Prize at the 14th International Competition "Città di Padova", Honorary Diploma at the International Music Tournament (TIM - XVII Edition), Honorary Diploma at the 21st International Award "G. Zinetti", Honorary Diploma at the 20th International Chamber Music Competition "L. Nono". The collaboration with composer Mauro Montalbetti led them to the exclusive first performance of the piece "Six Bagatelles for String Trio" published by RAICOM, as well as the composition "E voi empi sospiri – Madrigal for String Trio" which was written for them, and they also performed live on Bergamo TV receiving acclaim from both public and critics. The artistic growth of Trio Hegel is strongly connected to the Quartetto di Cremona and Antonello Farulli; also fundamental were the meetings with Luca Simoncini (Nuovo Quartetto Italiano), Jürgen Kussmaul (L'Archibudelli), Andrea Repetto (Quartetto di Torino), Christophe Giovaninetti (Quartetto Ysaÿe), Danilo Rossi (Trio d’archi della Scala), and orchestra conductors Umberto Benedetti Michelangeli and Riccardo Muti. Trio Hegel has had numerous collaborations with important artists such as Alessadnro and Luca Simoncini (First Violin and Cello of Nuovo Quartetto Italiano), pianist Piero Barbareschi, flautist Tommaso Benciolini, actors Ivana Monti and Marco Baliani. At the request of the composer Carlo Boccadoro the Trio had the honour of performing his recent string trio several times. Trio Hegel has been selected for the project “Le Dimore del Quartetto” and has performed on tour in Italy, Switzerland and Finald. Trio Hegel has made a CD for the Tactus label of music by Tuscan composers Luigi Cherubini and Giuseppe Cambini (World Primiere Recording), an album exclusively dedicated to the compositions of Mauro Montalbetti for A Simple Lunch label and the complete string trios by Jean Sibelius and Max Reger for the Japanese label Da Vinci Classics. The review of Sibelius’s ‘Suite in A Major’ by Trio Hegel has been published for Da Vinci Publishing.