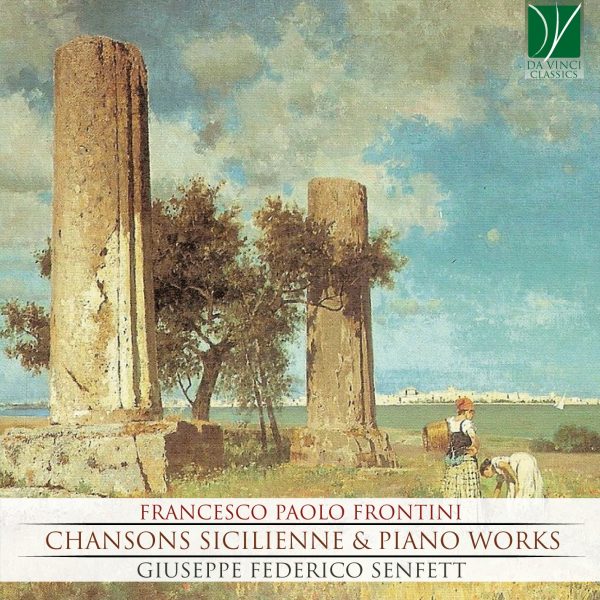 Francesco Paolo Frontini (Catania, August 6, 1860 – Catania, July 26, 1939) was an Italian composer. He studied music with his father, composer Martino Frontini; he also studied the violin with Santi D’Amico, playing a concert with him at the town concert hall at the age of 13. At 15 his first composition, a Qui tollis, was played at the city cathedral, under the direction of Pietro Antonio Coppola. In 1875 Frontini matriculated at the conservatory in Palermo, where he studied with Pietro Platania; from there he passed to the conservatory in Naples, where he received his diploma in composition under the tuition of Lauro Rossi.
Among his first substantial compositions was a funeral Mass in honor of Pietro Coppola. In 1881 came the premiere of a three-act melodrama, Nella; further operas followed, beginning with Sansone in 1882, Aleramo (based on the legend of Adelasia and Aleramo) in 1883, Fatalità in 1890, Malia (on a libretto of Luigi Capuana) in 1891, and Il Falconiere in 1899. At the same time, his lyric poem Medio-Evo received favorable notice from Jules Massenet. He wrote music for the one-act play Vicolo delle belle by Saverio Fiducia, as well as for Antonino Russo Giusti’s comedy U Spiridu, which was shown in 1920 at the communal theater under the direction of Gaetano Emanuel Calì. He also wrote a number of religious and secular choral compositions at this time. Frontini also wrote numerous songs, melodies, serenatas and romances; the most popular of these were his Serenata araba, Il piccolo montanaro, and a Triumphal March. In addition to his activities as a composer, he taught music and counterpoint at the Ospizio di Beneficenza.
One of Frontini’s chief interests was popular music and song, and he compiled the first collection of Sicilian folk songs in Italy; fifty pieces from this collection were published by Casa Ricordi in 1882; a second collection, titled Natale siciliano, was published in 1893 by De Marchi of Milan.
Frontini would die in 1939 in the city of his birth.

Giuseppe Federico Senfett. Sicilian class 1979, talented pianist and composer, graduated in 2003 with piano at the Vincenzo Bellini Music Institute in Catania with highest marks; in 2007 he achieved with 110 and praise the degree in Academic Interpretative-Composite Address in Chamber Music under the guidance of Marco Grisanti. In 2011, he attended the Master of Music Pedagogy at the Conservatory of Swiss Switzerland in Lugano. In parallel with chamber music course, he attended composition classes with Azio Corghi, Alessandro Solbiati, and Piero Niro. Currently studying and collaborating with Paul Glass. He plays in a permanent “Duo” with Luigi Pettrone, first clarinet of Orchestra Teatro Verdi of Salerno and guest professor of the Teatro San Carlo (Naples), with whom he won the 20th A.M.A. Calabria. In 2003, he took third place in the international contest “Gianluca Campochiaro” of Pedara (CT) and obtained other important placements in other competitions as the second prize at the National Competition “Città di Rocchetta” for piano and orchestra with the concert K. 414 by W.A. Mozart. His CD “Chansons Sicilenne and Piano Works” (Da Vinci Classics) has been positively reviewed by the music critic Piero Violante on the cultural pages of the newspaper “La Repubblica”. He published some of his compositions with "Esarmonia" of Capua (ARES - international), some of his transcriptions were recorded by the label "A.V.M. Classical" in Italy with flattering reviews in national magazines (Archi Magazine). He recorded for the Ablaze Records (USA) and with the Orchestra Philarmonic of Brno his symphonic piece "Genesi" (2018). In 2012 he won a stage and collaborates with Sandro Di Stefano to create the soundtrack of the film "Deline" of the Italian director Giacomo Franciosa (Rai-Mediaset) produced by Capira Film Production. He is the official composer of "Con_Creta" theatre directed by Diego Willy Corna (Ticino). Senfett's compositions received encouraging applause from renowned music composers and critics such as Ennio Morricone, critics and music essay, Paolo Isotta, Sergio Miceli, professor at DAMS in Florence.