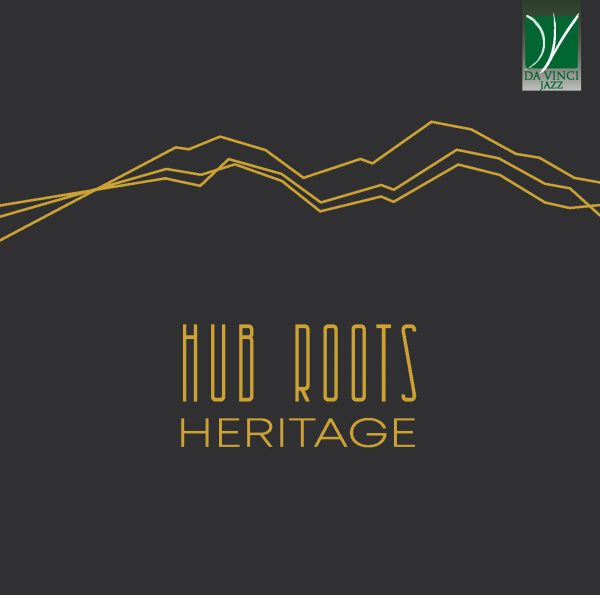 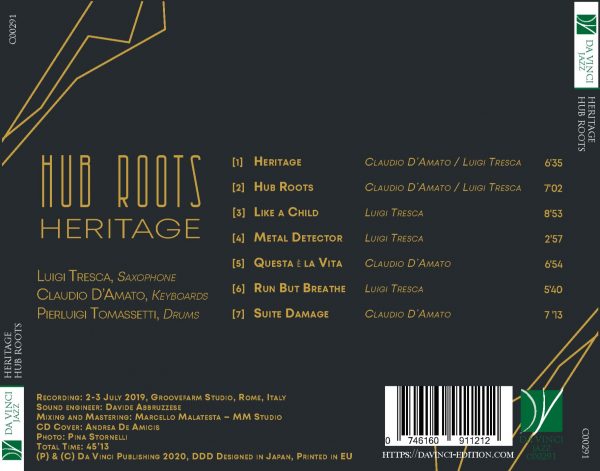 Hub Roots was born from the meeting of musicians from different expressive areas who find their perfect musical harmony in a jazz territory of modern matrix, the compositions and arrangements are the result of a musical journey that has its roots in classical music, takes the forms of jazz and flows into a personal language, preferring melody even on complex structures.
An instrumental trio that offers a modern, melodic and captivating jazz album, composed of completely original and unpublished songs and arrangements, a personal synthesis where traditional acoustic sounds are mixed with modulated electronic sounds.
This debut recording project is the result of a first cycle of artistic and professional growth of the trio. Assisted by the friendship that binds them, the members have decided to give space to their creativity and their compositional vein aimed at paying homage to African American music but affirming their identity.
Hub Roots intended as convergence, a connection point, a real fulcrum that joins arrivals and departures from and to everywhere (“hub”) of one’s own cultural and genetic “roots” that ideally start from a small region of central Italy, Abruzzo (note also the phonetic assonance of the pronunciation) and opens towards sound and cultural fields belonging to other times and places.
The project therefore represents a junction point, where the experiences of individuals gives their contribution to the musical idea and then heads in other directions determined by the musical flow, the taste and the improvisation abilities of the performers.
During their career, the members of the trio collaborate with Italian and international artists by participating in international festivals and cultural events, performing in prestigious theaters and clubs in Italy, where the trio resides, and abroad.

Claudio D'Amato: He studies organ, composition and piano at the “L. D’Annunzio” in Pescara, under the guidance of Italo Di Cioccio, graduating brilliantly.
In the same Conservatory he also obtained a second level degree with honors in Organ.
Performs various concerts and competitions of classical music as an organist. Approaches to jazz music studying jazz piano and Hammond organ with Tony Monaco,
Raffaele Pallozzi, specializing in various seminars and master classes: Tuscia Summer jazz, Pescara Jazz workshop).
He takes part in various competitions such as the "Tuscia in Jazz", "Bacco in Jazz" and "Umbria Jazz contest 2012" and collaborating with international artists.

Luigi Tresca: Graduated in Saxophone at the Conservatory “A. Casella” in L'Aquila and later he achieved the master degree in “Jazz Composition and Arrangement” at the “S. Cecilia” Conservatory in Rome.
He attended masterclasses with important jazz and classical artists and in various editions of the European Saxophone Campus, obtaining the prize for the best student of the course. After completing his academic studies, he began the concert activity with the Saxophone Quartet “Anemos Quartet”, performing in important events and theaters in Italy and abroad. He is also interested in electronic music, taking part in the Biennial of Young Artists from Europe and Mediterranean (BJCEM). He participates with jazz formations in several international festivals and recordings.