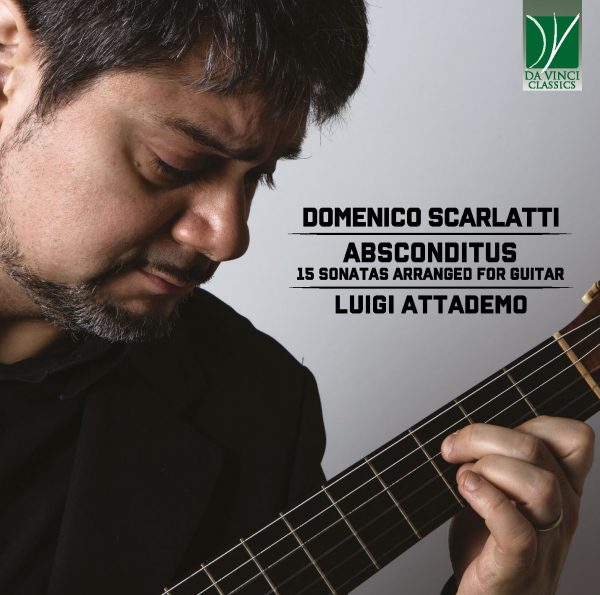 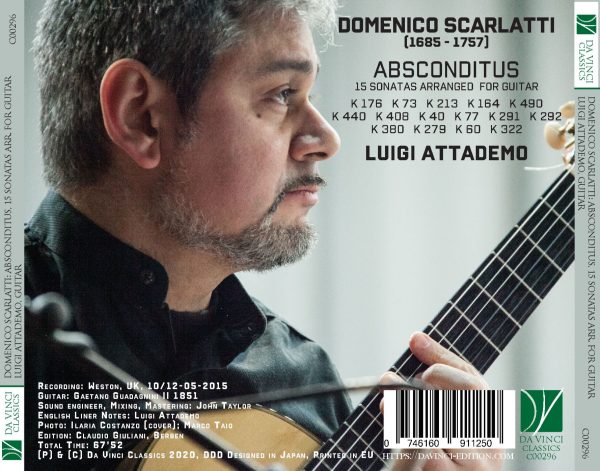 Luigi Attademo: Award-winning in several national and international competitions, among the others the “Concours International d’Exécution Musicale (CIEM)” in Geneva (1995), Luigi Attademo began his studies in his village in South of Italy with Giuseppe Racioppi, and continued under the guide of the guitarist-composer Angelo Gilardino. Among his teachers, Julius Kalmar (conduction), composers as Giovanni Guanti, Alessandro Solbiati, and the harpsichord player Emilia Fadini (Baroque music).
Doctorate in Philosophy with a dissertation on the musical interpretation, he published a book about this subject. He has been contributor to several specialized magazines. He worked in the Archive of the Andrés Segovia’s Foundation (Linares-Spain), to catalogue its manuscripts (catalogue published on the Spanish musicological magazine "The Roseta"), and he discovered there some unknown manuscripts of important composers, such as Jaume Pahissa, Alexandre Tansman, Gaspar Cassadò and others, after published in the Segovia Archive Collection by Berben Edition.
He gave concerts in Europe, Australia, Argentina, USA, India and Korea as soloist as well in chamber music.
He recorded several CDs, from Baroque music to contemporary music, among the others, a double cd dedicated to Bach music for lute (2011) and the complete works for guitar solo by Niccolò Paganini (2013), on an original guitar from that period.
In the 2007, the American magazine “Guitar Review” dedicated him an interview and a CD with his recent recordings.
In 2014 the Italian magazine Amadeus dedicated him the cover and published his CD on Fernando Sor Masterworks, played on original French instrument (Lacôte, 1830).
During these years he started to play with the violist Simone Gramaglia (viola of the Quartetto di Cremona) and he published with him a new CD dedicated to Paganini music for guitar and viola (Brilliant, 2015); in the same year, he dedicated a programme to Boccherini Quintets, playing with Quartetto di Cremona and Cuarteto Casals (last concert at the prestigious Haydnsaal in Eisenstadt).
In that year he realized another project - with the support by the Ernst Von Siemens Foundation - dedicated to Hans Werner Henze music and his masterwork El Cimarrón.
In 2016 he was the first performer of the Alessando Solbiati’s new work for guitar and 15 instruments, that he recorded in 2018 .
In the same year he has released a new Cd devoted to 19th century repertoire played on original instruments, using six different historical guitars.
In 2017 he worked to a project dedicated to Antonio Torres, and he is giving many concerts playing original guitars by Torres. He is also the curator of the Exhibition dedicated to Torres by the Museo del Violino in Cremona. After he published a new CD, A Spanish portrait, performed on an original Torres from 1888, very appreciate by the critics and for which the Italian magazine Seicorde devoted him the issue of October 2018.
He teaches at State Conservatory of Castelfranco Veneto (Italy). He was invited as expert at the Geneva and Lausanne Conservatories, and from 2010, he was regularly invited to give lecture/recitals at Royal Academy of Music of London. He has been also juror in many international competitions (Pittaluga Competition, Mottola, GFA…).