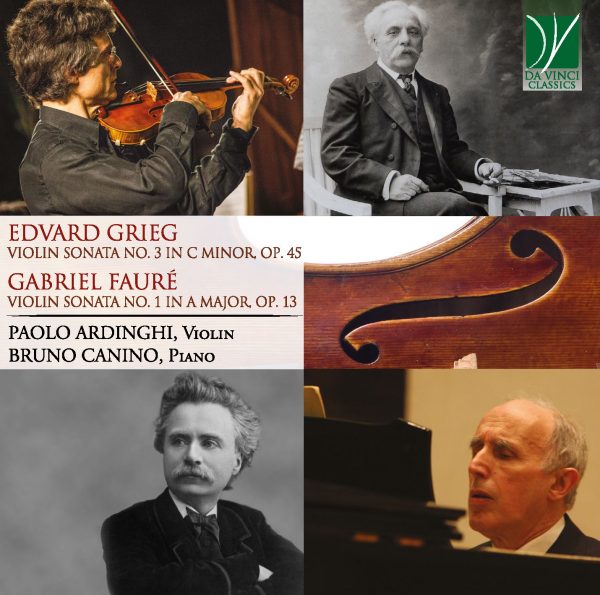 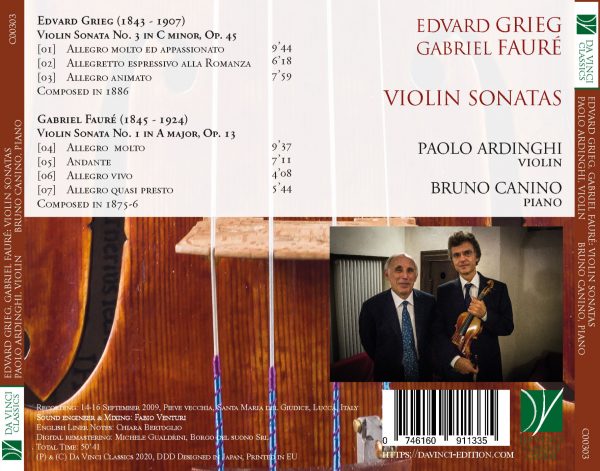 Bruno Canino: He was born in Naples and studied piano and composition at the Conservatory of Milan where for a period of 24 years he subsequently taught music. For ten years he also taught Chamber Music at the Conservatory of Berne. As soloist and chamber music pianist, he has performed in all the major concert halls and at the major festivals in Europe, America Australia, Japan and China. For fifty years he has played in duet formation with Antonio Ballista and for thirty years has been a member of the Trio di Milano. He has collaborated with many well-known musicians such as Salvatore Accardo, Uto Ughi, Pierre Amoyal, Itzahk Perlman and Viktoria Mullova. From 1999 until 2002 he was the Director of Music at the Venice Festival. He is also much involved with the performance of contemporary music, working with among others, Pierre Boulez, Luciano Berio, Karl-Heinz Stockhausen, Greorgy Ligeti, Bruno Maderna, Luigi Nono and Silvano Bussotti and with whom he has often been involved in the first performance of many works. He has performed under the direction of Abbado, Muti, Chailly, Sawallisch, Berio and Boulez and with orchestras such as the La Scala Philharmonic, Santa Cecilia of Rome, the Berlin Philharmonic, New York Philharmonic, the Philadelphia Orchestra and the National Orchestra of France. He has made many recordings, among the most recent being Bach’s Goldberg Variations, the complete piano works of A. Casella and those of Claude Debussey, which have just been issued on cd (Stradivarius). He has held many ‘Master Class’ sessions for piano soloists and for musicians of chamber music in countries such as Italy, Germany, Japan and Spain and for more than twenty-five years has participated in the Marlboro Festival in the United States. His book “Vademecum del Pianista da Camera” was edited by Passigli. Pianist Bruno Canino received the prestigious "Premio del Presidente della Repubblica Italiana" to commemorate his international carrier.

Paolo Ardinghi: Born in Soest (Germany), he received his diploma magna cum laude at the Istituto Boccherini of Lucca under the guidance of Antonio Ardinghi. Thereafter he studied principally with Franco Gulli, and frequented masterclasses with Mirco Pezzini, Angelo Stefanato, Pierre Amoyal, Regis Paquier, Maya Jokanovich, Tibor Varga , Piero Toso, and at the Accademia Chigiana in Siena with Uto Ughi. In his career, he has interpreted concerti for violin and orchestra, collaborating with orchestras throughout Europe…under the direction of conductors such as: Wolfart Schuster, Walery Soroko, GianPaolo Mazzoli, Marco Severi ,Fabio Pacciani and others. His repertoire spans from the baroque- Tartini, Nardini, Vivaldi and Bach, to classics such as Mozart, Haydn, Chevalier de Saint George, to the romantics- Beethoven, Mendelssohn and Brahms. He has collaborated with pianists such as Hector Moreno, Leonardo Bartelloni, Federico Rovini, Federico Nicoletta, covering the complete Sonatas of Beethoven, Brahms, Schumann and Grieg. Since 2006 he has initiated an intense duo collaboration with famed Italian pianist Bruno Canino, with whom he has played among other places at the International Chamber Music Festival of Copenhagen. He has played as soloist with several illustrious musicians such as: Bach Double Concerto with Alessandro Cappone (Berlin Philharmonic), Beethoven Triple Concerto with Bruno Canino and Andrea Nannoni. As first violinist in several Italian orchestras, he has played throughout Italy, France, England, Germany, Holland etc…(Paris, London, Munich, Antwerp). Paolo Ardinghi teaches String Quartet performance at the Istituto Superiore di Studi Musicali “Luigi Boccherini” in Lucca, Italy.