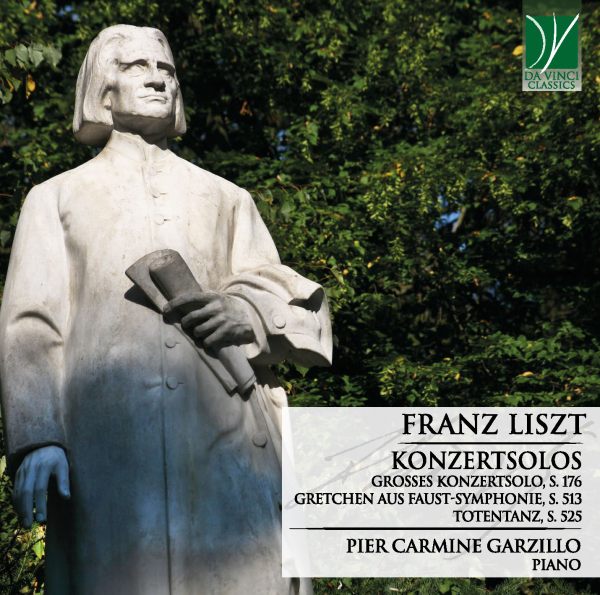 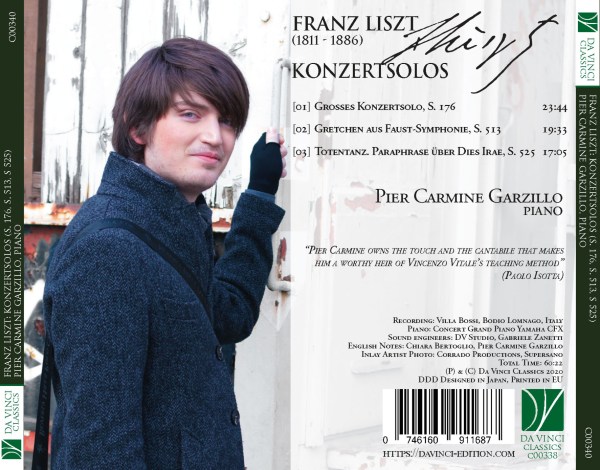 As distinct from other keyboard instruments, the piano had been created in the early eighteenth century; throughout the century, it had undergone numerous changes and modifications, sometimes in the sense of an overall evolution, and sometimes attempting entirely different paths from those which had been tried already. In parallel with the development of building techniques, musicians were experimenting in turn, sometimes closely following and immediately employing all the novelties at their disposal, and sometimes going ahead of the times – for example in the case of Beethoven.
In the Romantic era, the piano had gradually conquered a place of pre-eminence: it did not need a supporting instrument, and therefore was ideal for expressing the composer’s or the pianist’s soul, in the outpouring of feelings typical for the Romantic sensitivity. Moreover, the parallel evolutions in the field of instrument-making, of piano technique and of orchestration stimulated the composers to seek and find more and more orchestral colours on the seemingly homogeneous keyboard of the piano.
Among the numerous composers who discovered a plethora of new possibilities in piano technique and expression were undoubtedly Frédéric Chopin and Franz Liszt; however, while the former was perhaps the unrivalled and unsurpassed explorer of exquisitely pianistic sounds, Liszt was constantly tempted to transform the piano into an orchestra, following in Beethoven’s footsteps but employing many technical solutions initially devised by Chopin himself.
This in part depended on Liszt’s own habits as a transcriber, arranger and interpreter of original works by other composers, which he transferred onto the keyboard and transformed into a display of virtuosity and astonishing special effects. Some of his paraphrases and transcriptions after such works as Mozart’s Don Giovanni, Wagner’s operas, or the complete Symphonies by Beethoven quickly became milestones in the history of piano transcription and, in general, of piano technique and scoring. Unavoidably, the technical solutions he had found on these occasions became as many colours on his palette even when he was composing works for solo piano without references to previously orchestrated scores. Moreover, Liszt’s interest in telling musical narratives, in reproducing contexts, stories, situations and natural phenomena through his music further encouraged his exploration of unusual or unheard-of sonorities.
This Da Vinci Classics album, which displays a fascinating perspective on works seen by Liszt through the prism of a variety of instrumental perspectives, is therefore revealing under many viewpoints. It demonstrates, on the one hand, that Liszt’s masterpieces were grounded upon such a strong creative concept that they not only tolerated, but rather enjoyed the process of transcription and of change of instrumental medium. On the other hand, it shows how the same process of transcription was never a purely mechanical one for the composer, who carefully evaluated which elements of the original could be transferred more faithfully, and which ones needed to be reinterpreted in a more radical fashion.
If an example from another artistic field can be used, Liszt frequently seemed to foresee the paintings realized by Claude Monet later in the same century, when one and the same building (such as the Rouen Cathedral) could assume a variety of dramatically different aspects depending on lighting and shading. Similarly, Liszt knew that a really good drawing stands many different colourings, but, at the same time, becomes something different at every stage of this highly artistic experiment.

“Perhaps the mysterious influence which binds me to the piano so strongly prejudices me, but I consider the piano to be of great consequence. In my estimation, it holds the first place in the hierarchy of instruments… In the compass of its seven octaves it includes the entire scope of the orchestra, and the ten fingers suffice for the harmony which is produced by an ensemble of a hundred players… We can play arpeggios like a harp, prolonged notes like the wind instruments, staccato passages and a thousand more effects, which, until yesterday, seemed the special prerogative of this or that instrument”. (From a letter by Franz Liszt to Adolphe Pictet, February 11th, 1838). These very declarations inspired the germinating idea underlying this CD. This project aims at transforming and amplifying the visionary musical concept of the Hungarian composer, thanks to the timbral possibilities of the modern piano. The choice of the works performed is therefore emblematic, since it involves a series of works conceived and adapted not only for the soloist, but also for chamber and/or symphonic ensembles. The Grosses Konzertsolo S. 176 was composed between 1849 and 1850 and dedicated to the pianist and composer Aldof Henselt; however, the dedicatee could not give its public premiere due to its noteworthy technical difficulties. Carl Tausig, a piano virtuoso, eventually brought the piece on stage; Liszt issued a version for two pianos (Concerto pathétique, S. 258) and another for solo piano and orchestra (Grand Solo de concert, S. 365). He probably wished on the one hand to diminish the complexity in the scoring, and on the other to find an expression which could better suit the chamber music / symphonic texture which can be perceived already in the original version. This work has been completely overshadowed by the B-minor Sonata; however, it represents the first revolutionary idea of a large-scale Sonata in a single movement. In support of the fact that it can be considered as the prototype of Liszt’s masterpiece, there are many similarities: above all, the use of the same terms for indicating musical episodes which are largely coincident as concerns their function and characteristics. For example, in both works there is an Allegro energico conceived as an Exposition, an Andante sostenuto full of lyricism, a Grandioso with a heroic character and a thunderous final Stretto (the first version of the B-minor Sonata had in fact a concluding section different from the one normally played today).
Gretchen aus Faust-Symphonie S. 513 was composed and published between 1867 and 1876. It consists of the transcription of the second movement excerpted from the eponymous Symphony inspired by Goethe, and on whose creation the composer worked from 1854 to 1857. The programmatic content, as well as both form and substance of the original inspiration are maintained. The timbral component, however, is enhanced (even though the composer had just one instrument at his disposal, or perhaps precisely for this reason) through the use of changes of register, arpeggiated chords, dynamic effects and a new approach to voice-balancing, with the purpose of recreating the same original symphonic effects. Transformation and consistency should not be intended as antithetical: indeed, in Liszt they ingeniously become the two sides of the same coin. The piece portrays a pure and innocent woman, and the musical itinerary it sketches goes from a suave love-dream to a quiet “devotional song”, whose infinite melody, reminiscent of Bellini, is played by the oboe; the closing is entrusted to the heavenly harmony played by the instruments with a medium to high register. Precious little opposes this hypnotic calm (just a few transfigured Faustian leitmotifs excerpted from the first movement of the Symphony), whose apotheosis is found in the transcendence of the last bars. Liszt’s habit to never consider a work as definitively concluded, but rather to modify it every time it came under his eyes, adapting it to the changing external circumstances or to the new artistic concepts, finds one of its iconic examples in Totentanz – Paraphrase über Dies Irae S. 525. In fact, if one carefully analyses the work’s various versions and the context in which they were printed, it is possible to reconstruct the composer’s mindset and his perception of the world. In order to illustrate this concept, I refer to the research I made for my monograph Liszt allo specchio: dal De Profundis al Totentanz, published in 2019 by PM Edizioni. The best-known version of Totentanz was revised in Rome and published in 1865 with a dedication to Hans von Bülow; however, it belongs to an interesting network of similar works extending itself over no less than two thirds of the composer’s lifetime. It is a “programmatic concerto”, originally for piano and orchestra, which maintains, in its last, “cynical” version, only two obscure extra-musical references, i.e. the fresco of the Triumph of death (attributed to either Orcagna or to Buffalmacco, and found at the Camposanto of Pisa) and the cycle of xylographs Der Todtentanz by Hans Holbein; both are musically evoked in the most ingenious and varied ways. The formal aspect of the work is revolutionary: a double theme with variations (the former based on the Gregorian Sequence of the Dies Irae, while the latter derives from the former and, at the same time, is reminiscent of a fragment from Mozart’s Requiem), which completely disrupts the traditional canons in favour of Liszt’s poetic fantasy and technical, timbral and rhythmical imagination. The version for solo piano pushes the instrument’s possibilities to their boundaries, creating uncommon colours through the exaltation of the percussive component and the use of all the registers of the keyboard. This tendency is realized through the ingenious transformation of ideal indications such as “grotesque”, “majestic”, “violent” into as many technical gestures which generate, as a consequence, the most varied musical effects. These are incredibly obtained through the 88 keys on a single instrument, which is overcome and transcended.

Pier Carmine Garzillo: Considered by critics “a solid reality of Neapolitan Piano School” (Massimiliano Cerrito), “Pier Carmine owns the touch and the cantabile that makes him a worthy heir of Vincenzo Vitale’s teaching method” (Paolo Isotta). Considered “a pianist who can play every work with intelligence and artistry” (Akemi Alink), he can perform “interesting and emotionally rich interpretations, with high technical level” (Anna Kravtchenko).

In 2019, PM Edition published his essay “Liszt allo Specchio: dal De Profundis al Totentanz”, and Luna Records Classic released the CD “Romantic Echoes” with the violinist Federica Severini.
From 2018 he is a Professor at “P. Mascagni” Conservatory in Livorno and at “J.S. Bach” Academy in Aversa.