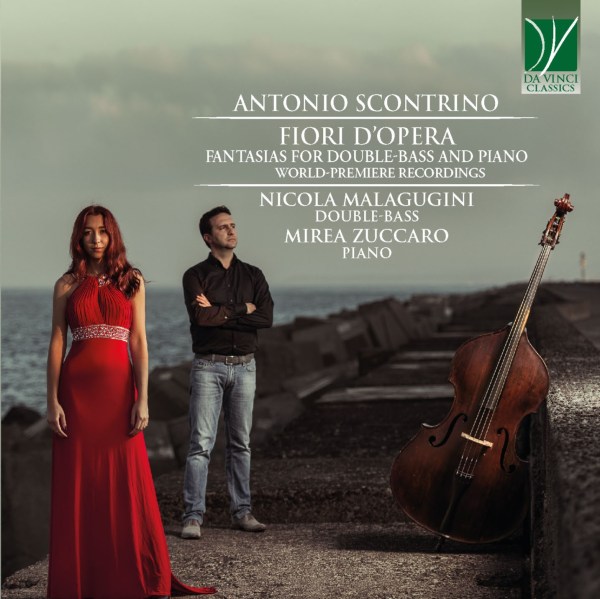 Mirea Zuccaro: Mirea Zuccaro was born in 1999. She started to play piano at 4, with her mother. She get the degree at the conservatory of Palermo, summa cum laude and honorable mention, under the guidance of Donatella Sollima. She also attended master classes with Epifanio Comis and Violetta Egorova at Accademia pianistica Siciliana, with Giuseppe Andaloro and Pietro Rattalino.
She won several national and international competitions, like Pedara, Lamezia Terme, Gioia del Colle, Padova, Crotone, Enna. She played recitals in Sicily, Paris and Vienna and with orchestra, in Palermo (Conservatory orchestra) and with Chernovtsky Symphonic Orchestra. She is now continuing to improve with Nora Doallo in Lugano and studying medicine at University of Catania.

Malagugini, Nicola (Double-Bassist) born in 1977. He btained his diploma in double bass in 2001, with teacher F. Garberoglio. He has been principal bass in the Italian Youth Orchestra. He continued studying with A. Bocini, L. Milani, G. Klaus and G. Ettorre. After a degree in Economics at the University of Bologna, in 2002 began his professional activity winning several auditions and working with Pomeriggi Musicali di Milano, Orchestra Sinfonica di Roma, Orchestra Filarmonica della Scala and Orchestra del Maggio Musicale Fiorentino. In 2014 he won the chair of principal double bass in Rai Orchestra of Turin. Since 2004 he is principal double bass in the Orchestra of Teatro Massimo Bellini, Catania.