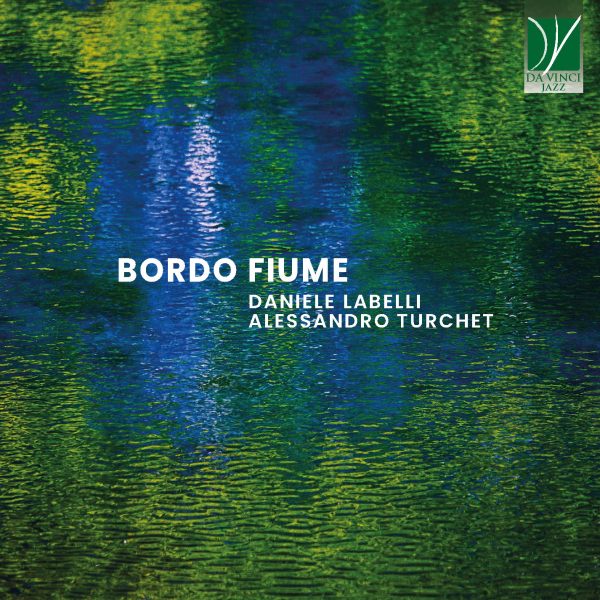 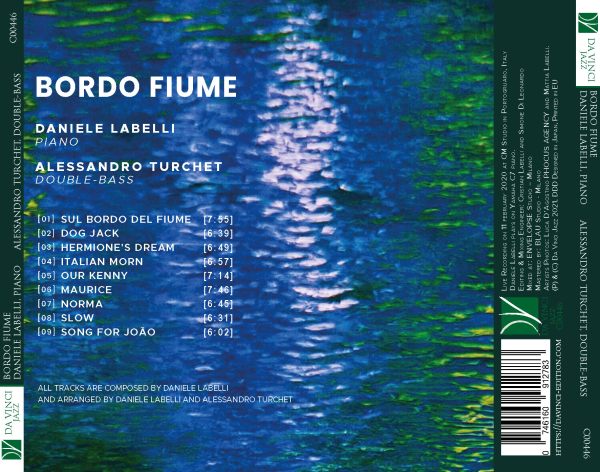 When observing a placid, tranquil and calm, or an irruent, rapid and impetuous river, one is immediately seized by the thought about the impossibility of stopping it. The river flows, and, without being ever able to conceive it in full, or to hold it for a few instants, we will never cross it without being conditioned by it or touch it without being unavoidably changed within ourselves. It becomes the representation of life and of its flowing, from which one cannot withdraw: we can only abandon ourselves to it unconditionally. We have only to live what this flow offers us, in the measure we can hold it in our hands before it escapes us… At times the riverbed is dark, at times limpid… but it allows us to reflect on the darkest mysteries, or on the utmost transparence…

“No man ever steps in the same river twice, for neither the man nor the river’s waters are the same”.
(Heraclitus)

The duo’s aim is to explore, through original compositions, the poetics of Kenny Wheeler and John Taylor. In this concept album, consisting of nine unpublished pieces, pianist Daniele Labelli, together with double-bassist Alessandro Turchet, pay homage to the musical world created by the Canadian trumpetist, with the aim of joining improvisation with written music, the language of jazz with that of European cultivated music. There is not a leading and an accompanying instrument, but both are involved as peers, in a synergic and dialectic fashion, within a dialogue about the questions posed by each piece. Melody is treated respectfully, and the poetic narrative is searched in the solos and in the simple interior geometries created by sounds. Names, people and places become as many starting points for an intimate path, whose goal is not always defined, but which is driven by the indefinite necessity of travel.
Thus, the first piece leads us to ask the question about the river’s flow, representing the never-ending succession of an infinite present. “Dog Jack”, instead, is a nice and squat dog, as friendly as unexpectedly aggressive; he reminds us of how frail are our most deeply-held beliefs when they face the unknown in our personal path.
Children who love the fantasy saga of Harry Potter are in need of a pretext for exploring magical sounds in the piece called “Hermione’s Dream”, whilst it is more complicated to depict the beginning of a new day through the performance of the piece “Italian Morn”.
Rarefied and immobile atmospheres dominate the piece inspired by Kenny Wheeler and by his way of composing, which illuminates, always differently, the same melodic module and transforms it drastically (…also in the river water is always the same but its shape changes continually). The great French master Maurice Ravel’s quest for timbre and his worship of sound by could not escape observation in a piece citing his name. It aims to join an ecstatic approach with the idea of going on, of an almost inertial motion (the river will never stop until it reaches the sea…)
The spontaneous simplicity induced by Norma Winston’s singing turns on an aural idea which develops in “Norma” like a piece of reasoning suspended in the tranquil flow of water. When the people we love leave us, and unavoidably something is not as it was before, thoughts have almost always the same colour. In spite of all, however, in “Slow” there is the idea that somewhere their positive energy is still alive and will always accompany us. The last piece is inspired by the voice of Joao Gilberto and by his suspended and enchanted concept of making music with one’s feet on the ground, but with one’s thoughts wandering in one’s interior universe, which, at times, may be infinite and coincide with the cosmic universe, when the river eventually reaches the sea.

Everything is already but not yet.