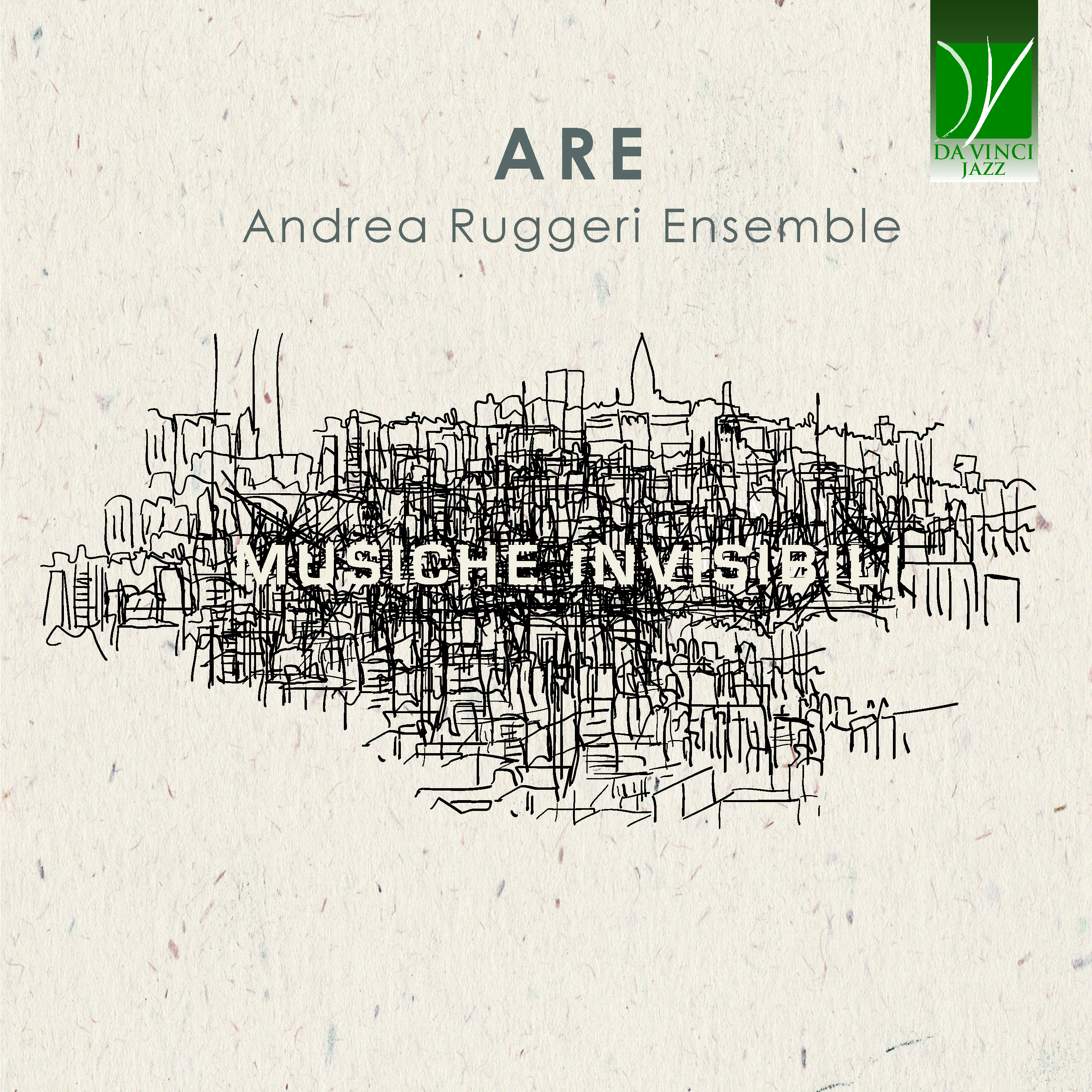 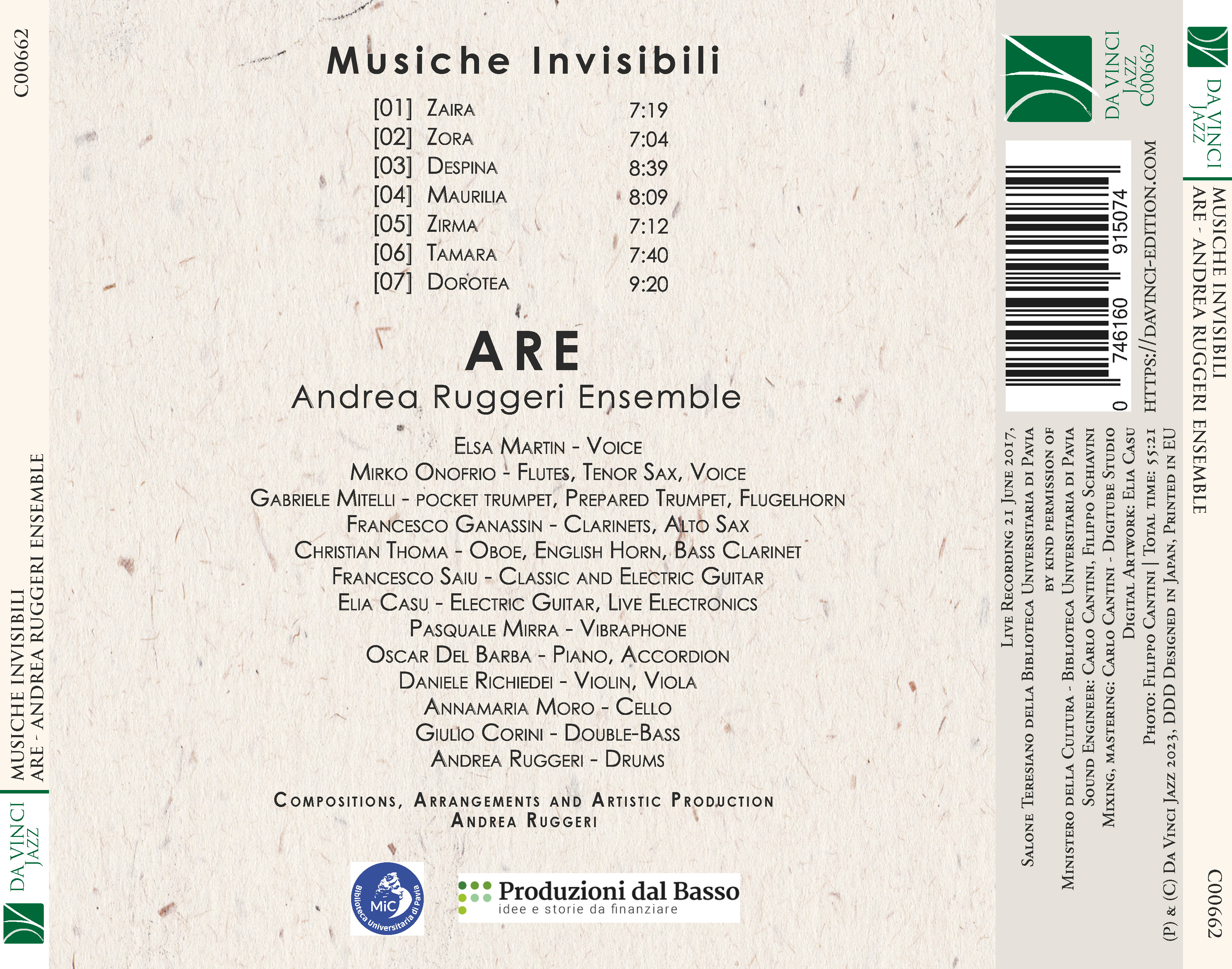 Inspired by Italo Calvino’s Le città invisibili (Invisible Cities), this project wishes to pay homage to one of the most important Italian authors and intellectuals, on the fiftieth anniversary of the novel’s publication. This is a translation into music, rather than a mere illustrative description, of the suggestions evoked when reading the novel.

Calvino’s literary, civil and political engagement provides solutions for todays’ themes. It subtracts its readers from a quest for immediate gratifications, in favour of a progressive evolution toward the termination of individual and societal contradictions.

In its contents, Musiche invisibili draws from several languages which formed and still form Andrea Ruggeri’s background of practices and listening. They find a balance between forms and substances (jazz, rock, popular music, cultivated composition, free improvisation), in a music of our times and of the times which will come. Their synthesis flows into seven pieces, each titled after one of the novel’s Cities. The lyrics are the fruit of alphabetical elaborations (logogryphs) of some parts of the novel.