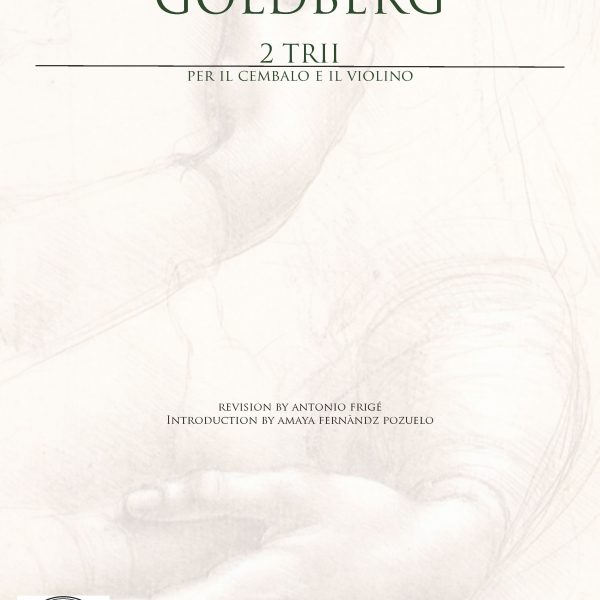 Johann Gottlieb Goldberg: (b Danzig [now Gdańsk], bap. 14 March 1727; d Dresden, bur. 15 April 1756). German keyboard virtuoso and composer. Very little documentary evidence about Goldberg’s life has survived, and virtually all the early reports contain some demonstrable errors. He is widely reported to have become a pupil of J.S. Bach after the Russian ambassador to the court of Saxony, Hermann Karl von Keyserlingk (Count from 1741), recognized the boy’s talent in Danzig, perhaps in 1737. Goldberg was also claimed as a pupil by W.F. Bach, who was in Dresden throughout Keyserlingk’s first period of office in that city (1734–45). No other report confirms this tutelage, and the extent of Goldberg’s study with either Bach and the order in which he studied with them remain subjects for speculation.

Forkel’s famous story of the commissioning of J.S. Bach’s Goldberg Variations (published c1741 as Clavier-Übung, iv) by Keyserlingk to be played by Goldberg contains several errors of fact and must be doubted. (It has frequently been questioned because of Goldberg’s extreme youth: the lack of a dedication in the print is evidence against the commission, though even without a commission Bach could have given Keyserlingk a copy of the print and received a gift in return, perhaps in late 1741, when he is known to have visited the Keyserlingk home in Dresden.) It is clear, however, from early accounts that the technical difficulty of the variations would have been well matched by Goldberg’s amazing performing skills. The fact that Keyserlingk’s only son was studying in Leipzig from 1741 until at least 1743 may have provided the vehicle for Goldberg’s visits to Leipzig – visits that are suggested by the nature, style and diplomatic condition of Goldberg’s church cantatas, as well as by Forkel’s doubtful story.

Goldberg seems not to have accompanied Count Keyserlingk from Dresden to Potsdam in 1745 and is next traceable about 1749–51 (according to Dadder) at a concert at which Keyserlingk (back in Dresden from 1749), Electress Maria Antonia Walpurgis of Saxony and W.F. Bach (presumably visiting from Halle) were also present, according to W.F. Bach’s letter to the electress in 1767. In 1751 Goldberg joined the private musical establishment of Count Heinrich von Brühl, which had been weakened by the departure of both Georg Gebel (ii) and Gottlob Harrer in 1750. He remained in Brühl’s service until his early death, of consumption.

The earliest reports are unanimous in praising Goldberg’s keyboard playing, especially his facility in sight-reading at the keyboard. But his compositional skills provoked a small controversy: Forkel suggested in his Bach biography (1802) that Goldberg was ‘a very skilful keyboard player, but with no particular talent for composition’, and J.F. Reichardt reprinted this opinion in his 1805 autobiography, adding: ‘apparently H[err] F[orkel] knows nothing, or only the least significant, of Goldberg’s very rare keyboard works’. The statement attributed to Reichardt (Dürr, p.58; Dadder and Dürr), that Goldberg possessed primarily technical talent, was not really a musical genius and had no special talent for composition, is not in Reichardt’s autobiography but only in the very imaginative ‘excerpt’ from it by H.M. Schletterer (J.F. Reichardt, 1865/R, p.69). Reichardt was himself in an excellent position to assess Goldberg’s compositions, as he owned ‘several’ of Goldberg’s keyboard concertos and had heard Goldberg’s sister play some of her brother’s works. The likelihood that J.S. Bach encouraged Goldberg to write church cantatas for Leipzig speaks well for his compositional talent, as does the confusion – going back at least to the Breitkopf catalogues of 1761 and 1762 – over the attribution of the C major Trio Sonata bwv1037.

Goldberg’s extant compositions show a musical style varying with genre and hypothetical chronology, from a style very close to J.S. Bach’s (the cantatas, most of the trio sonatas) to one far more galant and accessible to the Dresden audience (the polonaises, Trio Sonata in G minor) and, perhaps finally, to an ambitious modern style calculated for Count Brühl’s orchestra and possibly influenced by the style of C.P.E. Bach (the concertos). It is not surprising that in approaching the works of this young and facile man it is difficult to find his ‘real’ musical style, although a love for syncopation, for wide-ranging melodies and especially for chromaticism runs through his works.