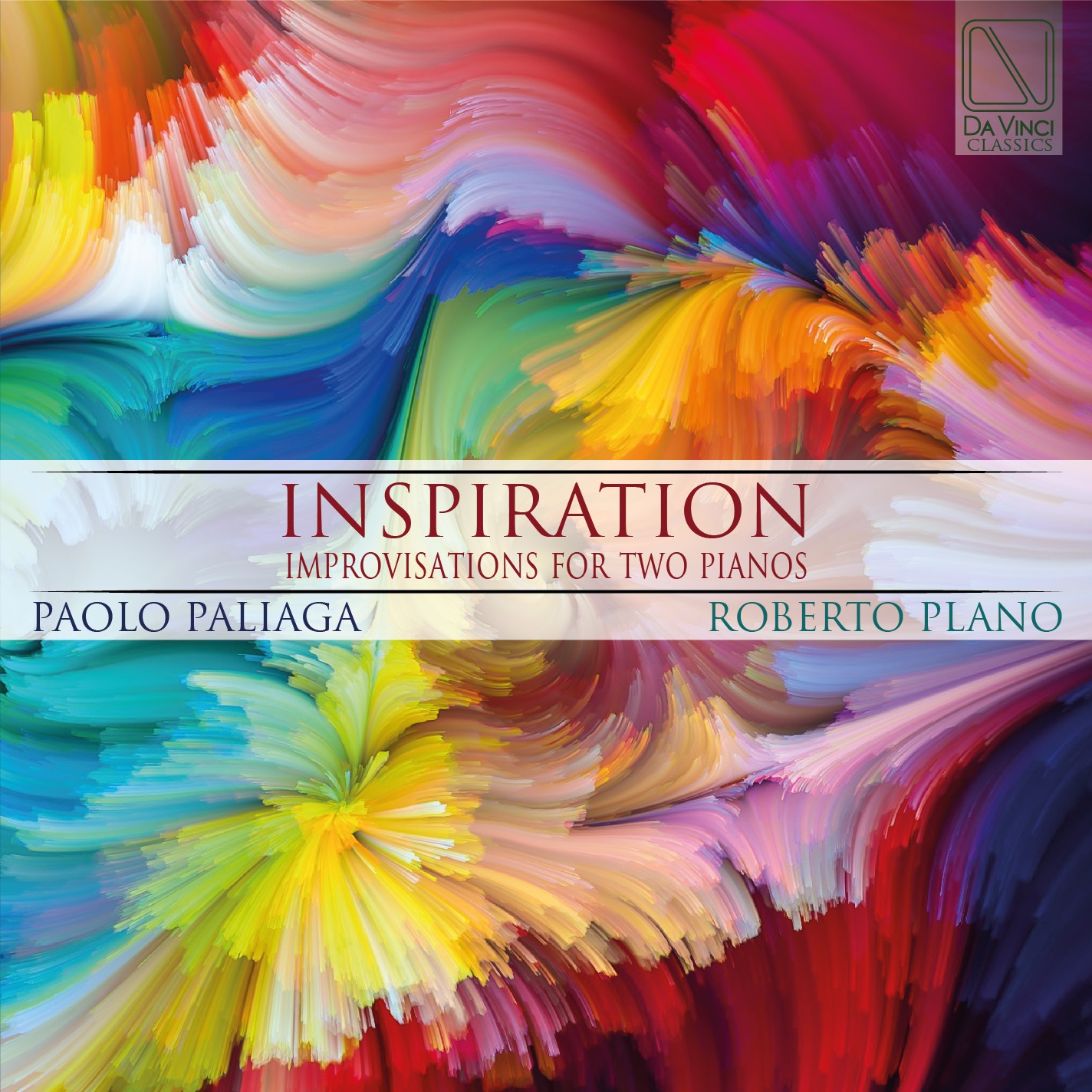 Two seemingly opposite worlds meet in Inspiration, a new, fresh experience, where Classical Music and Jazz make a long journey through tradition and into innovation. A journey that begins with a homage to the classic tradition with Bach and proceeds without a specific goal, a journey whose true guide is Inspiration.

The pianists Paolo Paliaga and Roberto Plano have much in common: both from Varese, both internationally well known, they began communicating with each other through music a decade ago when the city of Varese asked them to meet and ‘compete’ in a sort of contest between Classical and Jazz music. This challenge turned immediately into an artistic collaboration both easy, yet simple to nurture the audience’s enthusiasm for a wonderful demonstration of two visions of music ranging from different worlds, that meet to braid and melt to reach deep into the audience’s collective heart.

Inspiration is nothing less than the result of a true partnership. The chance to make it happen was born in 2014 after a concert for Cuamm, (Doctors for Africa) and with the gracious support of The Fondazione Ascoli with the aim of finding funds for children with cancer.  […] (Translation by Peter Williams)

Paliaga, Paolo (Pianist) For years, carries on his work as a composer and a performer on the national and international scene with different formations. With his group “Alboran Trio” ,”Paolo Paliaga Quartet” and “Horizon Quartet” has recorded a dozen CDs. He studied jazz piano with, Sante Palumbo, Arrigo Cappelletti and Enrico Pieranunzi. He has composed soundtracks performed live for several films including “The Mother” by Vsevolod I. Pudovkin and “Peter Pan” by Brenon (1924). He lived a few years in France, where he collaborated with French musicians and recorded a CD with the goup “Faena”. He has played in several of the most important jazz festivals in Europe: “London Jazz Festival” and “Brecon Jazz Festival” in the UK, “Rome Jazz Festival”, Bergamo and Padova Jazz Festival in Italy, the “San Javier Festival” and “Madrid Jazz Festival” in Spain among others. With Alboran Trio was selected from among the eight best new jazz trio in Europe Award in Monaco, the BMW Welt. Again with Alboran Trio has played in Bulgaria, Turkey, Albania, Norway and Austria. It was the first Italian group to have an exclusive contract with the prestigious German label ACT. In 2008, the music critic Franco Fayenz called his trio “the musical event of the year.” He has collaborated with musicians such as Enrico Rava, Barbara Casini, Gianni Basso, Ares Tavolazzi and others. In recent years, he is producing concerts of solo piano and has participated several times in the radio show “Inventions for two voices” of Rai Radio 3 curated and designed by Pino Saulo. His musical research continues especially with Alboran Trio, in Piano solo and in the duo of pianos with classical pianist Roberto Plano.

Plano, Roberto (Pianist)performs regularly all over the world appearing with prestigious orchestras and festivals. Mr. Plano was the First Prize Winner at the 2001 Cleveland International Piano Competition, a prize winner at the Honens, Dublin, Sendai, Geza Anda and Valencia competitions and Finalist at the 2005 Van Cliburn, in addition to having won first prizes in several national competitions in Italy. Mr. Plano’s engaging personality has made him a favorite guest on radio programs such as NPR’s “Performance Today,” and on TV shows for PBS and Japan’s NHK. He has recorded CDs for Brilliant, Azica, Arktos, Sipario, and he recently released two world premiere CDs on the Concerto label with music by re-discovered 18th-century Italian composer Andrea Luchesi that were reviewed with 5 stars out of 5 in the music magazine “Musica”. In May 2016 Amadeus magazine awarded the maximum 5-star rating of his new Decca CD recording of Liszt’s “Harmonies Poétiques et Religieuses”. Plano studied at the Verdi Conservatory in Milan, the Ecole Normale “Cortot” in Paris and the Lake Como Academy. He was founder and director of the Music Association “Alfred Cortot” which he co-chaired with his wife, pianist Paola Del Negro. His master classes, taught at his own music academy and worldwide, are in high demand. Mr. Plano joined the faculty at Boston University commencing September, 2016. His hometown in Varese, Italy awarded him several prizes, including the Lumen Claro, given in the past to influential people like soprano Barbara Frittoli, stylist Ottavio Missoni and economist Mario Monti. In 2016 he was elected Honorary Member by the Lions Club Varese.