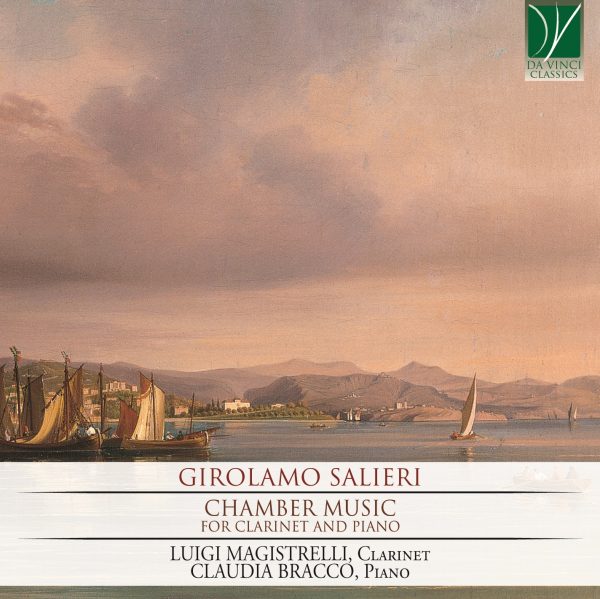 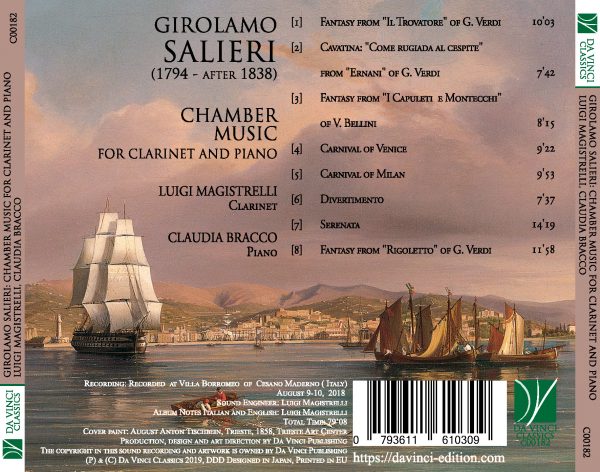 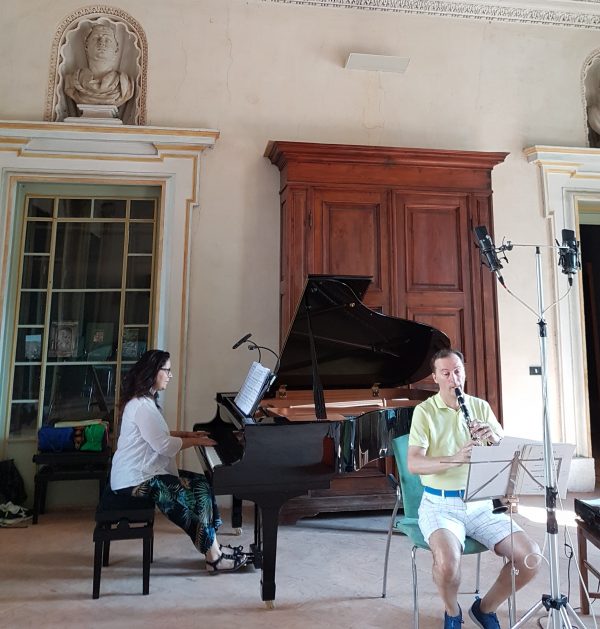 Girolamo Salieri was one of the many clarinetists both from 18th and 19th centuries which could represent the double role of virtuoso player and composer for his own instrument. We can cite a few of them from the past : J. Beer, A. Stadler, H. and C. Baermann, E. Cavallini, L. Bassi, B. Carulli. He was not as famous as the other players, but his last name was and is still nowadays, being connected with the well known Antonio Salieri, Austrian imperial Kapellmeister in Vienna from 1788 to 1824. Girolamo Salieri was born in Legnago, near Venice. His father Francesco Antonio Salieri (1741-1826) was a student of Tartini, worked as an organist at San Martino church in Legnago and brother Antonio Salieri. The first time we have information about Girolamo Salieri is from a letter of his uncle written on 8 december 1815, where he is recommended as principal clarinet at the Opera Theatre of Trieste. In 1823 Antonio Salieri left him in his will an annuity of 120 florins, calling him “artist of the sound in Trieste”. Salieri was probably some years in the orchestra of the Theatre of Trieste. He probably studied in Vienna for a year, acquiring good notions both regarding clarinet playing and composition becoming later a good virtuoso on his clarinet. Girolamo Salieri beared in the 20’s of 1800 the title of ” Professore di clarinetto” , referring to the music school of Trieste , founded in 1822 but closed later in 1825 to be re-opened in 1838. He also served as principal clarinet in the opera Theatre of the same city. From 1831 to 1838 we can find a good number of his concerts and clarinet compositions of his, reviewred by Allgemeinen Musikalischen Zeitung of Leipzic. He is cited both as a clarinet and basset horn player. In 1833 he gave a concert in Vienna, according to what appeared in the same newspaper dated March 27, where we read: “Mr. Girolamo Salieri from Venice gave a concert recently attended in the small hall of the Redout, the clarinet was treated like the basset horn which unfortunately is used less and less, with great diligence and sweetness, so no doubt you can measure with the most famous virtuosos of this instrument”. Girolamo Salieri left a good number of nice and virtuoso compositions for both clarinet for basset horn, mostly preserved at the library of Milan Conservatory. I was able a few years ago to located the manuscripts of two Duetti Concertati for two clarinets (The first Duetto had been recorded by myself and my sister on a Cd of label Bayer Records 100138) and the Serenade, here recorded, preserved at the library Shrine to Music Museum in Vermillion, South Dakota (USA).
Besides of the compositions originally written for clarinet and piano of this Cd there are at least five more compositions including basset horn and strings or clarinet and strings.
Actually it has been impossible to include in this Cd the Fantasy “Pensieri belliniani” for clarinet and piano, due to the total length of the master, going beyond the 80 minutes. Girolamo Salieri was also active in Venice at La Fenice Theatre.
On december 5, 1838 he seems to have performed both Variations and an Aria of Pacini and a theme of an Aria of Bellini .
In the opera Fantasies here recorded for the first time he put the typical structure of Theme and Variations and in the case of the two Carneval of Milano and Venice he put an Introduction before the well known themes. Being an excellent player, also the writing in these pieces is highly virtuosic (see the two carnival pieces) but also with some good moments where the clarinet is singing wonderful melodies taken from the operas of Verdi and Bellini.
Which else wind instrument could have such singing qualities better than the clarinet? The Divertimento and Serenata don’t have famous themes but have been freely conceived by the composer with a good taste, lightness and freshness.

Italian pianist Claudia Bracco gained her degree at the age of 18 with top marks at the «Conservatorio G. Verdi» of Milan (Italy), where she also studied and took the diploma of harpsichord. After then she took a year-long classes with Emilia Fadini and Alexander Lonquich and attended master classes with Lazar Berman, Halina Czerny -Stefanska, Massimiliano Damerini, Rocco Filippini, Pavel Vernikov and Alessandro Specchi. She experienced Portogruaro postgraduating International Courses with Marian Mika and Kostantin Bogino (1992) and at the National Academy of Santa Cecilia in Rome with Felix Ayo, where in 1999 she gained her degree in Chamber Music. Whilst pursuing graduate studies, she took part into many national and international competitions, obtaining 16 first prizes. She regularly performs, in solo recitals or as chamber musician, in prestigious halls such as Teatro La Fenice in Venice, Teatro Vascello and Auditoruim di Santa Cecilia in Rome, Sala Verdi by the Conservatorio in Milan, Teatru Manoel in La Valletta, Filharmonii in Lublin. Since 1988 she has regularly taught in master classes together with eminent musicians such as Glauco Cambursano, Patrick Gallois, Raymond Guiot, Franco Gulli, Conrad Klemm, Jean Pierre Rampal, Radovan Vladkovic. Claudia Bracco has realised many fine recordings for Talent Records, Dad, Leonarda, Bayer Records. Her discs include music by Beethoven, Caplet, Desenclos, Rudolph, Hoffmeister, Damase, Mozart, Paisiello, Schubert, Weber. Since 1994 she has been professor of Chamber Music at the Conservatory in Como.